Enzalutamide/ADT Maintains Efficacy Regardless of Prior Antiandrogen Therapy in mHSPC

Enzalutamide plus androgen-deprivation therapy produced clinical benefit over ADT alone in patients with metastatic hormone-sensitive prostate cancer, regardless of prior antiandrogen therapy and its pretreatment duration. 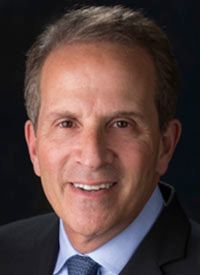 Enzalutamide plus androgen-deprivation therapy (ADT) produced clinical benefit over ADT alone in patients with metastatic hormone-sensitive prostate cancer (mHSPC), regardless of prior antiandrogen therapy and its pretreatment duration, according data from a post-hoc analysis of the phase 3 ARCHES trial (NCT02677896) presented during the 2021 AUA Annual Meeting.1

Notably, these results were maintained in a gonadotropin-releasing hormone agonist (GnRHa) sensitivity analysis, which controlled for potential confounding effects of GnRH antagonists and bilateral orchiectomies.

“Observed HRs for the prior antiandrogen subgroups were comparable to those [observed in] the overall population from the original ARCHES primary analysis of all end points,” lead study author Neal Shore, MD, FACS, medical director of the Carolina Urologic Research Center, said during an oral presentation on the data.

Enzalutamide is approved for use in patients with castration-resistant prostate cancer in multiple countries, and well as for those with mHSPC. The establishment the agent’s efficacy in those with metastatic hormone-sensitive disease was based on results from the ARCHES trial, as well as the phase 3 ENZAMET trial (NCT02446405), both of which demonstrated superior clinical outcomes with enzalutamide.

Due to this, investigators conducted an analysis of the population enrolled to the ARCHES trial, as the study’s eligibility criteria permitted prior antiandrogen therapy. The objective of the analysis was to determine the impact of prior antiandrogen therapy on the efficacy of enzalutamide plus ADT vs placebo plus ADT in patients with mHSPC. Prior therapy could include short-term use, defined as 4 to 6 weeks of exposure, and longer-duration use.

In total, the ARCHES study enrolled a total of 1150 patients who were randomized 1:1 to receive either enzalutamide at dose of 160 mg daily plus ADT, or ADT alone. The primary end point of the study was rPFS.

To be eligible for enrollment, patients had to have a confirmed diagnosis of mHSPC, histologically confirmed adenocarcinoma, and an ECOG performance status of 0 or 1. Patients were stratified by volume of disease (low vs high) and prior docetaxel therapy (0 vs 1 to 5 vs 6 cycles. Discontinuation criteria for the study included radiographic progression, unacceptable toxicity, or initiation of an investigational agent or new therapy for prostate cancer.

For the post-hoc analysis, prior antiandrogen treatment was allowed if it was given concurrently with less than 6 months of ADT, using luteinizing hormone–releasing agonists/antagonists or bilateral orchiectomy before day 1.

Among those who received prior antiandrogen therapy (n = 205 with enzalutamide/ADT and n = 230 with ADT alone), the median age across the arms was 69.5 years, 78.5% had an ECOG performance status of 0, 62% had high disease volume, and 69% had a Gleason score of 8 or higher at initial diagnosis. Sixty-eight percent of patients had distant metastasis at initial diagnosis, the median PSA at study entry was 3.33µg/L. Moreover, 22% of patients previously received docetaxel. Regarding ADT, 91.5% of patients received a GnRHa, 5.5% received a GnRH antagonist, and 1% received a bilateral orchiectomy.

Among those who did not previously receive antiandrogen agents (n = 369 with enzalutamide/ADT and n = 346 with ADT alone), the median age across the arms was 69.5 years, 77% had an ECOG performance status of 0, 64% had high disease volume, 64.5% had a Gleason score of 8 or higher at diagnosis, and 65.5% had distant metastasis at initial diagnosis. Moreover, the median PSA at study entry was 6.65 µg/L. Fifteen percent of patients received prior docetaxel. Moreover, 42% had a GnRHa, 34.5% had a GnRH antagonist, and 9.5% had a bilateral orchiectomy.

In terms of safety, the most frequently reported adverse effects included musculoskeletal events, fatigue, and hypertension, and no significant differences in the safety profile of enzalutamide plus ADT by prior antiandrogen therapy were observed.