Enzalutamide added to androgen deprivation therapy demonstrated a benefit in overall survival, radiographic progression-free survival, undetectable prostate-specific antigen rates, objective response rates, and other end points vs placebo/ADT in patients with metastatic hormone-sensitive prostate cancer regardless of whether or not they received prior local therapy. 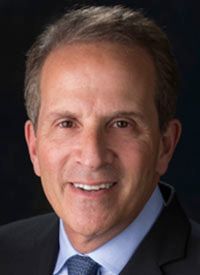 Enzalutamide (Xtandi) added to androgen deprivation therapy (ADT) demonstrated a benefit in overall survival (OS), radiographic progression-free survival (rPFS), undetectable prostate-specific antigen (PSA) rates, objective response rates (ORRs), and other end points vs placebo/ADT in patients with metastatic hormone-sensitive prostate cancer (mHSPC) regardless of whether or not they received prior local therapy.1 The data were from a post-hoc analysis of the phase 3 ARCHES trial (NCT02677896) that were presented during the 2022 AUA Annual Meeting.

Additionally, the improvements with enzalutamide, which were seen across all patient subgroups, also cascaded to symptomatic skeletal event (SSEs), new antineoplastic therapy, castration resistance, and deterioration of urinary symptoms vs placebo plus ADT.

“This post-hoc analysis demonstrated the long-term survival benefit of enzalutamide plus ADT versus placebo plus ADT in patients with mHSPC who received prior local therapy, supporting the utility of enzalutamide irrespective of receipt of local therapy,” lead study author Neal D. Shore, MD, director of CPI, of Carolina Urologic Research Center, and coinvestigators, wrote in a poster presented during the meeting. “These results are consistent with those previously reported in the overall population of ARCHES.”

In December 2019, the FDA approved enzalutamide for use in combination with ADT for the treatment of patients with mHSPC.2 The decision was based on earlier findings of the ARCHES trial, in which 1150 patients were randomized 1:1 to receive enzalutamide at 160 mg daily plus ADT or placebo plus ADT. Stratification factors included disease volume and prior docetaxel use.

Results showed that the enzalutamide arm significantly improved rPFS and OS, as well as key secondary end points, vs placebo/ADT in this patient population.3 A long-term OS benefit was also reported in a subsequent analysis.4

ARCHES was unblinded after the primary analysis to permit patients who were randomized to placebo/ADT to cross over to enzalutamide/ADT in an open-label extension phase of the research.

In the post-hoc analysis of ARCHES, investigators sought to explore the effect of enzalutamide plus ADT compared with placebo/ADT on the OS of patients who received prior local treatment to the prostate. To be eligible for this analysis, patients must have received local therapy, which was defined as prior radical prostatectomy (RP) and/or radiation (RT) to the prostate in the definitive, adjuvant, or salvage setting.

Enrollment was based on investigator-assessed metastases. Following study entry, metastases were examined by a blinded independent central review. Moreover, prior ADT and up to 6 cycles of prior docetaxel were allowed. Those with disease progression prior to randomization while receiving ADT and/or docetaxel were excluded.

A total 184 patients (31.9%) who were randomized to placebo/ADT remained progression free and gave informed consent crossed over following unblinding of the study. Of these, 180 patients received enzalutamide/ADT. The median time to crossover was 21.5 months.

Investigators also noted that there were no safety differences between the prior local therapy and no prior local treatment subgroups, and that the safety profiles were comparable to what had been observed in the overall study population.