The European Commission has approved cemiplimab-rwlc monotherapy for the treatment of adult patients with recurrent or metastatic cervical cancer who have progressed on or after platinum-based chemotherapy. 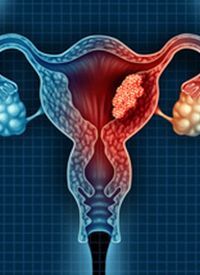 The European Commission has approved cemiplimab-rwlc (Libtayo) monotherapy for the treatment of adult patients with recurrent or metastatic cervical cancer who have progressed on or after platinum-based chemotherapy.1

“Despite recent advancements in the prevention and treatment of cervical cancer, there remain limited options for people with recurrent or metastatic cases,” Israel Lowy, MD, PhD, senior vice president, Translational and Clinical Sciences, Oncology, at Regeneron, stated in a press release. “[Cemiplimab] was the first PD-1 inhibitor to demonstrate significant improvements in survival compared to chemotherapy in a phase 3 trial. With this fourth approval from the European Commission, [cemiplimab] can now be extended to appropriate patients in the European Union with advanced cervical cancer, irrespective of their PD-L1 status or histology."

Patients were allowed to enroll regardless of PD-L1 expression. Other inclusion criteria included an ECOG performance status of 0 or 1 and adequate organ function. Patients were also required to have prior treatment with bevacizumab (Avastin) unless there was a clinically documented reason why it was not administered.

The primary end point was overall survival (OS), which was analyzed first in patients with SCC, then in the overall population. Key secondary end points consisted of progression-free survival (PFS), objective response rate (ORR), duration of response (DOR), and safety.

The trial was stopped early in March 2021 at the second planned interim analysis. The independent data monitoring committee made a unanimous recommendation based on the OS benefit observed with cemiplimab in patients with SCC.

Investigators observed no new safety signals were observed with cemiplimab. Adverse effects (AEs) were reported in 88.3% of the patients who received cemiplimab vs 91.4% of those administered chemotherapy; grade 3 or higher AEs occurred in 45.0% and 53.4% of patients in the cemiplimab and chemotherapy arms, respectively.

“Consistent with our mission to bring the best treatments to patients across Europe living with gynecological cancers, we are proud to have been a part of the landmark [EMPOWER Cervical-1] trial for [cemiplimab],” Ignace Vergote, MD, PhD, investigator and gynecologist oncologist at University Hospitals Leuven in Belgium, and vice-chair of the Trial Steering Committee, said in a news release.

“[Cemiplimab] is an important advancement for patients with recurrent or metastatic cervical cancer whose disease has progressed following platinum-based chemotherapy and could offer a new standard of care in this setting. We are grateful to those who participated in the trial and to our partners at Regeneron, ENGOT, the GOG Foundation and NRG Oncology-Japan without whom this approval would not have been possible.”