The addition of 1 year of everolimus to adjuvant endocrine therapy did not demonstrate a statistically significant improvement in invasive disease-free survival or overall survival in patients with high-risk, hormone receptor–positive, HER2-negative breast cancer. 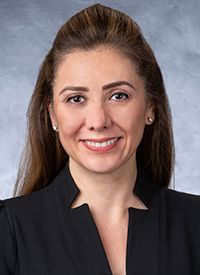 The addition of 1 year of everolimus (Afinitor) to adjuvant endocrine therapy did not demonstrate a statistically significant improvement in invasive disease-free survival (iDFS) or overall survival (OS) in patients with high-risk, hormone receptor–positive, HER2-negative breast cancer, according to findings from the phase 3 SWOG S1207 trial (NCT01674140) presented at the 2022 San Antonio Breast Cancer Symposium.

“Among premenopausal patients, the addition of everolimus to endocrine therapy improved iDFS and OS, which is hypothesis generating. Future translational studies will evaluate potential predictors of everolimus benefit and drug toxicity,” lead study author Mariana Chavez-MacGregor, MD, of the Department of Health Services Research and Division of Cancer Prevention and Population Sciences at The University of Texas MD Anderson Cancer Center in Houston, Texas, said in a presentation of the data.

In the randomized, placebo-controlled S1207 trial, investigators evaluated the role of everolimus in the adjuvant setting in patients with hormone receptor–positive, HER2-negative breast cancer.

To be eligible for enrollment, patients at least 18 years of age needed to have histologically confirmed, invasive, high-risk hormone receptor–positive, HER2-negative breast cancer and have received prior chemotherapy.

Patients were stratified into 1 of 4 risk groups:

The primary end point of iDFS had 80% power to detect a hazard ratio (HR) of 0.75 in a sample size of 1900 patients, using a two-sided 5% level stratified log-rank test. The statistical power was changed from 90% in a sample size of 3500 patients to 80% in April 2016 to reflect the actual risk distribution of the enrolled population. No results were used to change the study design.

Regarding baseline characteristics among all enrolled patients, the median age was 54 years (range, 22-86), and most patients were White (n = 1529; 85%) and postmenopausal (n = 1221; 68%). According to the study, menopause was defined as previous history of bilateral oophorectomy or last menstrual period greater than 12 months without any history of hysterectomy, MacGregor said.