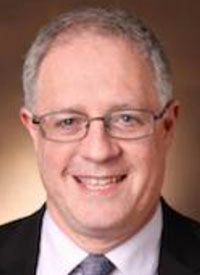 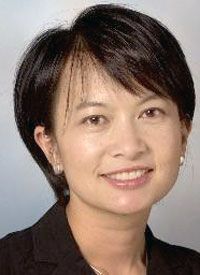 Eng, David H. Johnson Chair in Surgical and Medical Oncology, co-leader of the Gastrointestinal (GI) Cancer Research Program, professor of medicine (hematology and oncology), co-director of GI Oncology, vice chair, SWOG GI Committee, and director of the VICC Young Adult Cancers Initiative at Vanderbilt-Ingram Cancer Center, and Berlin, who is the Ingram Professor of Cancer Research, professor of medicine, VICC associate director for clinical research strategy, and director of the Phase I Program in Gastrointestinal Malignancies, Clinical Trials, in the Department of Medicine at Vanderbilt University Medical Center, were joined by 5 panelists:

Eng: Is there a role for ramucirumab [Cyramza] following progression on the combination of atezolizumab [Tecentriq] and bevacizumab [Avastin] in HCC?

Goff: From a clinical standpoint, we don’t know. We don’t have those data. There are arguments for and against. In other diseases, there are examples of activity of one VEGF-directed antibody following another VEGF-directed antibody. The counter argument is that these are both VEGF- targeting antibodies and, and the modest activity of ramucirumab is important to consider, but in that patient population of an alpha-fetoprotein level greater than 400 ng/mL, it’s certainly under consideration for me at this time.

Eng: What do you think about clinical options for patients with Child-Pugh B HCC?

Goff: This may be heresy, but I really look at the underlying abnormality that’s leading someone to be Child-Pugh B and whether or not that lines up with the drug. Oftentimes, there are limitations with bilirubin. Most commonly, there are varices or risk of bleeding in terms of patient selection and lining up the drug. Exclusively on the basis of just being Child-Pugh B, I don’t restrict treatment options. The general impression from safety data is that obviously these are sicker patients, but there doesn’t seem to be [any relation] to the drug itself.

All Child-Pugh B [cases] are not the same. The B7 [levels] are healthier and probably track a little bit more with Child-Pugh A patients. It’s a hard space in which to do drug development, because often it’s their cirrhosis that’s much riskier to them than their cancer. It’s a complex scenario, but I do weigh, just on the basis of their comorbidities, whether they would be a candidate for the drugs. Honestly, for immunotherapy, the limitations are fewer. At baseline, we know that sorafenib [Nexavar], for example, isn’t tolerated in patients whose bilirubin is over 3, but I anticipate seeing a lot more data around those questions.

Ciombor: That’s the million-dollar question, and I don’t think any of us have an answer. The OPRA data were really provocative, seeing that the patients who started with radiation and then had chemotherapy were more likely to preserve the rectum. It may be based on goals of therapy. If you’re trying to get to nonoperative management—and is something that the patient really desires and would otherwise have an abdominoperineal resection—then, maybe doing radiation first is better because you have more time until the potential time for surgery for downstaging.

When I think about a patient who is really high risk for metastasis or systemic spread, I really want to get chemotherapy in first. I’ve been seeing more of those type patients recently. In those I’m doing the TNT approach. I probably tend to do more up-front induction chemotherapy than the opposite, but I definitely think there is a role for both. It’s going to be very interesting over the next couple of years to see other trials that are being designed or recently started to help shed some light on that question.

Eng: Kristen, you do have a very exciting trial coming up for microsatellite instability–high rectal cancer patients regarding combined immunotherapy, so we’re very excited for that.

Eng: I’m really intrigued by the FIGHT trial results in gastric cancer, but we’re seeing significant ocular toxicity with bemarituzumab. What are the next steps for this drug?

Gibson: I’ve never given this class of drugs to these patients, but if it was my eyes, I would be very nervous. Before this becomes of broader use, I would have to have some very carefully written information and guidance from ophthalmology before I would be comfortable giving the drug to one of my patients. I hope [we receive] more information about that.

Goff: FGFR as a class is important in cholangiocarcinoma but has the same ocular toxicity. It’s really a class effect and is used in bladder cancer as well. Our ophthalmologists are going to be our partners going forward.

Gibson: It’s like dermatologists with small molecule inhibitors. Now we have ophthalmologists for FGFR inhibitors.

Ciombor: Absolutely, and now we have a study of FGFR inhibition in colorectal cancer, so the ophthalmologists are rapidly becoming our best friends.

Berlin: In the SANET-P trial, surufatinib showed similar progression-free survival (PFS) as everolimus [Afinitor] and sunitinib [Sutent] in pancreatic NETs (pNETs). Patients with non-pNETs had essentially the same response rates, which is unusual for us to see in NETs, because normally, pancreas tumors always seem to do better. What do you think explains those results?

Das: There’s really something to hitting CSF1R. The fact that surufatinib potentially remodels the tumor microenvironment, potentially allowing for immune infiltration, [is important]. We know even in other disease sites like in colon cancer, a higher Immunoscore actually portends greater sensitivity to some of the therapeutics. There may be some modulation of the immune microenvironment causing that, particularly in the non-pNETs, which as you said, Jordan, was quite striking because we’ve never seen response rates like that before.

To the question that you raised regarding the nearly identical PFS with sunitinib and everolimus in the pNET space: that is the question, right? How do we sequence these drugs? The SANET-P population didn’t get much pretreatment, so particularly with sunitinib, I’m really not sure how this drug is going to work after progression on sunitinib. That’s something that’s going to have to be determined. The patient in front of us is going to help dictate the drug that we give. The comorbidities, diabetes, and hyperglycemia steer us away from using everolimus and towards some of the TKIs, but there’s not a great answer to that.

Gibson: According to the criteria of CheckMate-577, patients who had a pathologic complete response, which is around 30% in the trial, would not get adjuvant nivolumab, but the remainder of patients who have an R0 resection following induction chemoradiation therapy and have not had recurrence prior to initiation of adjuvant nivolumab should go on that drug if they do not have contraindications to immunotherapy.

Eng: What are the next steps for research in pancreatic cancer?

Cardin: I’m interested to see what the CPI-631 data shows from that study, which just finished accrual. We saw very interesting phase 1 results. We’ll have to see if that is an agent that’s going to have some activity along with chemotherapy. They are planning studies looking at that agent with gemcitabine/nab-paclitaxel [Abraxane] and other combinations. Combinations that would be less toxic are going to allow us to have more patients eligible. There are some studies that are looking at other types of inhibitors like the AXL pathway. I’m very interested in other avenues of looking at metabolic pathway types of inhibitors and ways to make the cancer cells more sensitive to chemotherapy. I’m still waiting to see if impacting the stroma is going to [pan out]. Lots of studies have looked at that.

Ultimately, we have a long way to go. We’re looking at trials of mesothelin inhibitors with chemotherapy and immunotherapy. Finding anything that might make those tumors visible to the immune system, such that immune therapy might have some activity would be a really exciting change. As of right now, we don’t have any data that would suggest one of those pathways is necessarily more promising than another.

Berlin: We are really in a bind in that we don’t have a definitive next drug. Several drugs are in early phase trials, looking at a variety of mechanisms. I’m enthusiastic about metabolism in general, but we need to see one of these trials come out positive.

The Pancreatic Cancer Action Network has a precision promise trial, which is going on nationwide to try and speed up the process of going from early phase trials to drug approvals with science-based research. They take the science from the laboratory right into the clinic, and it has a lot of support. It’s a very exciting method to try and improve our hopefully successful hit rate in pancreatic cancer.