Simon Rule, MD, PhD, discusses the current treatment options in mantle cell lymphoma and explained how anticipated research results could be integrated into the field.

Frontline and second-line treatment for patients with mantle cell lymphoma (MCL) are fairly well established, but the emergence of novel agents and the potential for CAR T-cell therapy may lead to a new and perhaps chemotherapy-free paradigm, said Simon Rule, MD, PhD.

“There's a general consensus in MCL, unlike other lymphomas, that there's going to be a clear shift towards a chemotherapy-free treatment paradigm, particularly when we see emerging data with combinations like ibrutinib (Imbruvica) and venetoclax (Venclexta), which appears to be the most exciting,” said Rule.

In an interview with OncLive, Rule, a professor of hematology at Plymouth University Medical School, discussed the current treatment options in MCL and explained how anticipated research results could be integrated into the field.

OncLive: Could you discuss the current treatment approaches utilized in MCL?

Rule: The treatment paradigm today is fairly well established and fairly similar on both sides of the Atlantic. Young patients receive a high-dose cytarabine-based regimen usually followed by an autologous stem cell transplant (ASCT). The evidence for rituximab (Rituxan) maintenance is pretty strong. You could argue what type of high-dose cytarabine regimen should be used as there are several. However, I don't believe that there's too much [of a difference] between them, so you can just use the one you're comfortable with. Generally, for older patients, 65 years is used as a cut-off for the more intensive regimens.

Patients who are older than 65 years are generally given a bendamustine- or CHOP-based therapy. You can argue about the relative merits of using rituximab maintenance with those 2 regimens. For frail and elderly patients, there is no clear standard of care.

In the second-line setting, it's clear that BTK inhibitors are pretty much standard of care across the board, usually as single agents. [During the 2nd Annual Live Medical Crossfire®: Hematologic Malignancies®], we discussed the relative value of adding rituximab to ibrutinib in the [relapsed setting]. On the panel, everyone agreed that ibrutinib should be used as a single agent; it's a highly active drug.

Beyond the second-line setting, however, you're getting into several potential treatments. Generally, however, we are not curing patients, with the exception of very young fit patients where a stem cell transplant is potentially curative. With that exception, it's all about how you sequence your therapies and how you maximize the quality and duration of life in these patients.

What were some of the key points you brought up in your discussion at the meeting?

The panel generally agreed that cytarabine is the key drug in MCL. I don't believe there's any argument around the role of rituximab or the early use of a BTK inhibitor. There's some conversation about how we should approach treatment for a patient with p53-mutated MCL—specifically, in young patients in whom you should consider upfront allogeneic stem cell transplant rather than ASCT. Most of us tended to agree on that. Then, we discussed the relative roles of new drugs and moving them into the frontline setting.

Could you expand on the research that has been done with ibrutinib plus venetoclax?

Only one trial has been published; it was a small study of 24 patients in Melbourne, Australia. The combination was found to be highly active; the complete remission rate was 63% in a very heavily pretreated group of patients. It was much higher than one might expect. We also saw a high rate of minimal residual disease (MRD) negativity. Some of those patients have discontinued therapy and haven't relapsed. It’s certainly the most encouraging regimen there is.

There is a randomized trial looking at that combination versus ibrutinib and placebo to see what venetoclax adds in the relapsed setting. I have a trial running in the United Kingdom which is looking at the combination of ibrutinib and rituximab in the frontline setting in elderly patients. Patients will be randomized to receive ibrutinib/rituximab, chemotherapy/bendamustine, or CHOP; it's a 400-patient study and it’s more than halfway accrued now. That trial will tell us whether a chemotherapy-free regimen is equivalent to chemotherapy in the frontline setting; I suspect it will be. Even if it's not better, it certainly has a better toxicity profile. Trials like that are going to shift us toward a chemotherapy-free paradigm.

What other research is anticipated in the field?

We're all waiting for data with CAR T-cell therapies. For example, we’re going to see the results of the ZUMA-2 trial at the 2019 ASH Annual Meeting. We want to see whether CAR T cells have a prominent role in this disease. The post-ibrutinib space is a challenging one; that’s where we’re anticipating CAR T cells will [be most effective]. I suspect CAR T cells might have a prominent role in this disease, but we have to wait and see what the data show.

Where do you see the field heading in the next decade?

Ten years from now, I believe the field will be completely chemotherapy-free. I suspect we'll treat all newly diagnosed patients with either a BCL-2 inhibitor, BTK inhibitor, or potentially with an antibody. We'll use some kind of surrogate endpoint, such as MRD, to dictate whether we need additional therapy or not. The additional therapy may be some kind of cellular therapy, perhaps CAR T-cell therapy, or still allogeneic stem cell transplant. In an older patient population, we'll probably use MRD as a stopping point. We'll use an MRD assessment to dictate whether we should administer additional therapy. For frail and elderly patients, I suspect we'll use a BTK inhibitor either alone or with an antibody.

We'll have shifted completely in that regard; age will no longer be an issue. I suspect biology will become less of an issue as well because we'll use response as our main biological endpoint. If patients respond, it won’t matter what the biology shows.

MRD is important within clinical trials. Right now, we don't make treatment decisions around MRD, so there's no point in testing for it [in practice]. We need to clearly show that MRD is important regarding whether or not we should do an ASCT or not. If we can show that MRD negativity means patients don't need a transplant, we will start adopting MRD. It will save a lot of money and spare patients a lot of toxicity. We have to standardize MRD; that's the trouble with all these tests. Until we have an established treatment decision based on MRD, it won’t be part of clinical practice.

What advice would you give a community oncologist treating patients with MCL?

We just published data from my institution showing that if a patient is diagnosed at [Derriford Hospital], he/she will live twice as long as a patient who is diagnosed in other centers in the United Kingdom. That doesn’t mean I’m cleverer than everyone else, it means that I see many patients with MCL. As with any rare condition, ask someone who treats rare conditions for insight because they know how to best manage it.

That’s not unique to MCL; it applies to all rare cancers. It's always worth asking someone who treats rare cancers [for advice]. The patient doesn't necessarily have to go to that institution. Many of us are very happy to give advice without taking over the care of the patient. Frontline therapy is relatively straightforward. When you get into the relapsed setting, it becomes more difficult. You can sometimes end up with a bad outcome because you've used the wrong therapy at the wrong time. It's a very rapidly evolving field.

Dr. Goy on the Potential Utility of Liso-Cel in MCL 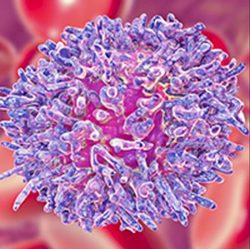 Dr. Till on Data With Liso-Cel Vs Other Products Under Examination in MCL
x