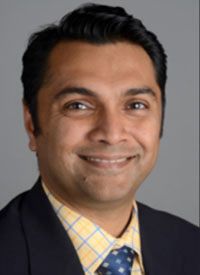 PET-adapted therapy has been incorporated for the last 5 to 7 years in Hodgkin lymphoma, says Nilanjan Ghosh, MD, PhD, a physician at Levine Cancer Institute.

A recent study published in the Journal of Clinical Oncology (JCO) showed that the use of PET-adapted therapy was successfully implemented in determining whether patients with stage IIB to IVB Hodgkin lymphoma should go from receiving doxorubicin, vinblastine, vincristine, and dacarbazine (ABVD) to bleomycin, etoposide, doxorubicin, cyclophosphamide, vincristine, procarbazine, and prednisone (BEACOPP).

About 20% of patients are PET positive after 2 cycles of ABVD in advanced Hodgkin lymphoma and, despite dose escalation to BEACOPP, their outcomes don’t appear to be as good as those who are interim PET negative. However, there are patients who relapse, despite a negative interim PET scan. Therefore, interim PET scan is not perfect in predicting outcome, Ghosh says.

As the use of PET-adapted therapy continues to be refined, so do immunotherapy efforts and clinical trial designs that will examine combinations of chemotherapy and PD-1 inhibitors.

Can you speak to the efficacy of PET-adapted therapy?

I discussed ways and means by which many investigators have worked on, either reducing bleomycin exposure or trying to get rid of bleomycin from the frontline [setting] of Hodgkin lymphoma. I also explored the role of radiation in frontline treatment, especially for patients who get a negative PET scan at the end of treatment.There have been multiple clinical trials that have utilized PET-adapted therapy. A little more than a decade ago, a paper was published by Gallamini et al in JCO showing that patients who had a positive PET scan after 2 cycles of ABVD, known as the interim PET scan, had very poor outcomes compared with patients who had a negative PET. That almost trumped the standard prognostic factor, called the International Prognostic Score in Hodgkin Lymphoma.

How has the approval of brentuximab vedotin impacted sequencing strategies?

Many clinical trials were designed to look at ways to improve the outcomes of PET-positive patients after the interim PET scan. In most studies, interim PET-positive patients were dose escalated up to BEACOPP. There was 1 trial where [investigators] dose-escalated patients to a regimen called ifosfamide, gemcitabine, and vinorelbine (IGEV) followed by autologous transplant to try to improve outcomes in this group. Those trials showed that the interim PET-positive patients achieved a PFS in the 60% to 75% range after dose escalation, whereas the PET-negative patients were in the 80% to 85% range. The results showed a significant improvement from not doing PET-adapted [therapy]. As a proportion, there are more patients who relapse in the PET-positive group, but there is still a significant number of patients who relapse after obtaining interim negative PET scan.We haven't seen sequencing strategies because there has not been long-term follow-up after brentuximab plus AVD.

Is there any rationale to move immunotherapy upfront?

Can you elaborate on minimizing the adverse events (AEs) of bleomycin?

It’s a very important question though. If someone gets brentuximab and AVD upfront, what would the role of brentuximab vedotin be at the time of relapse? Clinical trials should be conducted to answer this question. In the real-world scenario, if someone relapsed early or had primary refractory disease, I would not use a brentuximab-based salvage regimen. If someone had a late relapse, they could still be salvaged with a brentuximab vedotin-based regimen.There are early-phase trials that are being conducted to look at the role of PD-1 inhibitors in combination with chemotherapy in the frontline setting. However, there is no randomized comparison in the frontline setting yet. Randomized trials are being planned to move PD-1 inhibitors into the frontline setting. These will compare combination chemotherapy and PD-1 inhibitors to a standard comparator arm.Bleomycin is a drug that can cause significant pulmonary toxicity, which can sometimes be irreversible. This can have a significant impact on quality of life as well as treatment-related mortality. Knowing that, many investigators have tried to minimize or get rid of bleomycin.

Moving forward, what is an area of research you would like to see addressed?

Most recently, the RATHL trial randomized patients to ABVD versus AVD. Patients got 2 cycles of upfront ABVD and had an interim PET scan. If it was negative, they either got ABVD for 4 cycles or AVD for 4 cycles. There was no significant difference in PFS between those 2 groups. Therefore, you can drop the bleomycin for those patients; that has caught on a lot. Now, most people who are doing PET-adaptive therapy drop bleomycin after 2 cycles if the PET scan is negative. One of the areas of research would be to see if some of these immunotherapy drugs like PD-1 inhibitors can be moved upfront. That could potentially minimize the AEs of frontline therapy. I would also like to see what the salvage options would be for patients who receive brentuximab vedotin and AVD upfront.

Is there anything else you would like to emphasize across non-Hodgkin lymphoma?

Many patients who receive brentuximab plus AVD develop neuropathy. We know from the ECHELON-1 trial that if patients get neuropathy, the grade of neuropathy goes down over time. Longer follow-up will tell us whether the neuropathy is completely gone or not. We're also interested to know if autologous stem cell transplant can be deferred until later for certain patients with relapsed Hodgkin lymphoma. Those are questions that can be answered through clinical trials.CD19 chimeric antigen receptor (CAR) T cells have been approved in certain types of aggressive B-cell lymphomas. We hope to see activity of these agents in other B-cell lymphomas, such as mantle cell lymphoma and follicular lymphoma.

It would be very encouraging to see CAR T cells play a role in long-term remission. We don't have long-term data yet, but it would be a huge progress if some of these patients who are refractory to chemotherapy get very long remissions with CAR T-cell therapy.

The benefits of CAR T cell therapy have certainly been demonstrated in a population of patients with chemorefractory disease. We don’t know about its role in earlier lines of therapy, in chemosensitive disease, and its effectiveness compared with stem cell transplantation. These are questions that will be hopefully answered in the next few years through clinical trials.

Finally, are there any long-term consequences from CAR T-cell therapy? Is there persistence of CAR T cells in the long run? There are lots of very interesting things in the world of immunotherapy. Further, if there are relapses after CAR T-cell therapy, what would be the best way to salvage patients? What would the role of immunomodulatory agents and checkpoint inhibitors be in that scenario?