Joseph Wynne, MD, discusses ongoing studies with blinatumomab and CAR T-cell therapy in acute lymphoblastic leukemia, as well as the importance of assessing minimal residual disease in this space. 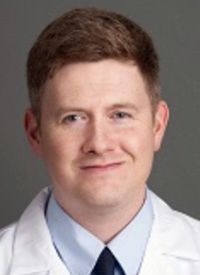 The approval of novel agents, specifically blinatumomab (Blincyto) and CAR T-cell therapy, in the acute lymphoblastic leukemia (ALL) paradigm has led has to expanded options for pediatric, adolescent and young adult (AYA), and adult patients; however, ongoing trials are poised to keep moving the field forward, said Joseph Wynne, MD.

"It is a nice tool to add to the armamentarium," said Wynne. "Patients who are MRD-positive at the time of assessment who have already done multiple blocks of chemotherapy, have already seen our best ALL standard chemotherapy treatments—they still have MRD. The ability to offer them an FDA-approved drug to eliminate MRD is a great thing. Hopefully, it will prevent the need for transplant in some patients."

Blinatumomab also recently demonstrated efficacy in another ALL setting. Results of the phase III AALL 1331 trial showed that blinatumomab as post-reinduction consolidation therapy before hematopoietic stem cell transplantation improved disease-free survival and overall survival by approximately 20% compared with intensive chemotherapy in pediatric and AYA patients with high- or intermediate-risk of first relapse of B-cell B-ALL.2

CAR T-cell therapy has also been revolutionary in ALL since the 2017 FDA approval of tisagenlecleucel (Kymriah) for the treatment of patients up to 25 years of age with B-cell precursor ALL that is refractory or in second or later relapse. Updated results of the ELIANA trial, which was the basis for the ALL approval, continued to show efficacy and tolerable safety profile with tisagenlecleucel in pediatric and young adult patients with relapsed/refractory ALL.3

In an interview during the 2019 OncLive® State of the Science Summit™ on Hematologic Malignancies, Wynne, a clinical instructor of medicine at the University of Chicago Medicine, discussed ongoing studies with blinatumomab and CAR T-cell therapy in ALL, as well as the importance of assessing MRD in this space.

OncLive: Could you discuss the rationale and design of the BLAST study?

Wynne: The BLAST study looked to answer whether one can use a novel agent, in this case blinatumomab, to change MRD-positive status to MRD-negative status. How do you treat a patient who has had 3 cycles of intensive chemotherapy and are currently in remission, but are still MRD-positive?

The trial enrolled patients who were in CR, but were MRD-positive and had already been treated with 3 cycles of intensive chemotherapy. It did not have to be a specific regimen, but it did have to include active drugs [that are used in ALL].

Patients were given 4 weeks of single-arm blinatumomab, with 2 weeks off in each cycle, for up to 4 cycles. MRD response was assessed after the conclusion of each cycle.

What was found from that study?

Patients who were treated in the BLAST study had an MRD-conversion rate of about 70% to 80% after 1 cycle. After 2 cycles, a couple more percentage points were added. Patients did not appear to benefit if they hadn't responded by the second cycle.

The median relapse-free survival was 18 months. Also, patients who were treated [with blinatumomab] who were MRD-positive and in their second CR seemed to benefit from transplant at that point.

What problems exist with standardization of MRD testing in ALL?

The problem with MRD assessment is that you are asking if leukemia is detectable in any way. There are multiple ways of doing that, but in North America, the standard is flow cytometry.

In Europe, more molecular methods have been standardized to monitor for MRD. America doesn't have that up and running at this point. There are other experimental therapies ongoing with next-generation sequencing, which is an exciting thing to have in the future.

What is the status of CAR T-cell therapy in ALL?

Currently, tisagenlecleucel is approved for children and young adults up to the age of 25 years, based on the ELIANA trial, which showed that patients who were treated with tisagenlecleucel had a CR rate of approximately 80%. Most of those patients became MRD-negative.

However, what to do with patients after [they achieve MRD-negative status] is a remaining question. There can be significant relapses in these patients who achieved MRD-negative status because of a lack of persistence with the CAR T-cell product and the occurrence of CD19-negative clones that escape the drug's control.

Another concern is that adults don't tend to get as much persistence as children appear to. There are ongoing trials attempting to address these issues.

Additionally, there are ongoing trials looking to bring CAR T to T-cell ALL (T-ALL), where this type of therapy is badly needed; there is only 1 FDA-approved drug to treat patients with T-ALL.

Is there insight as to why children have better outcomes with CAR T-cell therapy than adults do? Are there approaches in the works to extend CAR T-cell persistence?

It is not quite known why CAR T cells persist more in children than adults. It is something that has been observed and speculated about, but no real answer has emerged. It is seen clinically because the children who are treated tend to have an on-target B-cell aplasia. I have yet to hear a convincing biological explanation to why that is, but I think it relates to persistence.

What other notable agents should be mentioned?

I have to mention the antibody-drug conjugate inotuzumab ozogamicin (Besponsa), which targets CD22. More immune-based therapies, such as CAR T-cell therapy or blinatumomab, tend to be efficacious when the disease burden is on the lower side. Inotuzumab ozogamicin seems to be equally effective for lower level disease.

We need to think about sequencing things in the first relapse. If you need to debulk patients, I would consider inotuzumab ozogamicin first. If you have MRD at that point, consider blinatumomab, CAR T, or transplant.