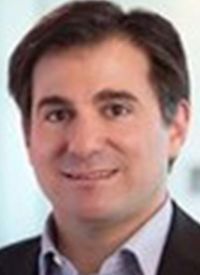 A biologics license application (BLA) has been submitted to the FDA seeking the approval of cosibelimab (formerly CK-301), an investigational anti–PD-L1 antibody, for the treatment of patients with metastatic cutaneous squamous cell carcinoma or locally advanced cutaneous squamous cell carcinoma who are not candidates for curative surgery or radiation.1

The application was based on positive efficacy and safety data from an ongoing, registrational phase 1 trial (NCT03212404) evaluating fixed doses of cosibelimab administered as 800 mg every 2 weeks or 1200 mg every 3 weeks in patients with selected recurrent or metastatic cancers, including metastatic and locally advanced cutaneous squamous cell carcinoma.

“This is a major milestone for Checkpoint Therapeutics, representing our first submission of a marketing application for one of our investigational medications and furthering our evolution from a development-stage company to a fully integrated commercial organization to support the potential launch of cosibelimab,” James Oliviero, president and chief executive officer of Checkpoint Therapeutics, said in a press release.

“Cutaneous squamous cell carcinoma is the second most common type of skin cancer in the United States. While most cases involve localized tumors amenable to curative resection, approximately 40,000 cases will become advanced, and an estimated 15,000 people will die from their disease each year. Based on its compelling and differentiated product profile and the positive data generated to date, we believe cosibelimab has the potential to be an important treatment option for patients,” Oliviero said.

Cosibelimab is a potential best-in-class, high affinity, fully humanized monoclonal antibody of IgG1 subtype that binds directly to PD-L1 and inhibits the PD-L1 interaction with the PD-1 and B7.1 receptors, thereby removing the suppressive effects of PD-L1 on anti-tumor CD8+ T cells to restore the cytotoxic T-cell response.

Cosibelimab is thought to be distinct from current PD-1 and PD-L1 antibodies with greater than 99% target tumor occupancy to reactivate an antitumor immune response. It has a functional Fc domain capable of inducing antibody-dependent cell-mediated cytotoxicity for enhanced efficacy in certain tumor types.

In June 2022, Checkpoint released positive interim findings from the locally advanced cutaneous squamous cell carcinoma cohort, in which treatment with cosibelimab elicited a confirmed ORR of 54.8% (95% CI, 36.0%-72.7%) among 31 patients per IRC, surpassing the clinically meaningful lower bound of the 95% two-sided confidence interval of 25%.

The phase 1 trial is evaluating the safety, tolerability, and efficacy of cosibelimab monotherapy in patients with select recurrent or metastatic cancers such as cutaneous squamous cell carcinoma, lung neoplasms, head and neck cancer, and non-Hodgkin lymphoma.2

“Importantly, we continue to plan for cosibelimab to be positioned, upon regulatory approval, as potentially the first and only price disruptive PD-1/PD-L1 inhibitor in the U.S. market. We want to thank the patients and their families, as well as the physicians and their research teams, who participated in our trial and contributed immensely to the advancement of cosibelimab,” Oliviero concluded. 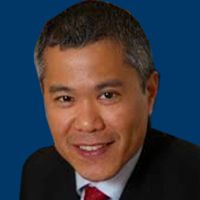