A new drug application has been submitted to the FDA for tazemetostat as a treatment for patients with relapsed/refractory follicular lymphoma, with or without EZH2 activating mutations, who have received ≥2 prior lines of systemic therapy. 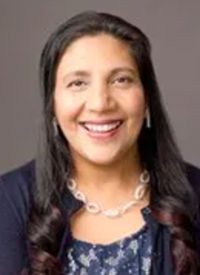 A new drug application (NDA) has been submitted to the FDA for tazemetostat as a treatment for patients with relapsed/refractory follicular lymphoma, with or without EZH2 activating mutations, who have received ≥2 prior lines of systemic therapy.1

The submission, which is for an accelerated approval, is mostly based on updated results of an ongoing phase II trial, which showed that the first-in-class EZH2 inhibitor elicited an objective response rate (ORR), assessed by an independent review committee (IRC), of 69% for patients with EZH2-mutant disease and a 35% ORR for those with wild-type EZH2 follicular lymphoma.2 The IRC-assessed complete response (CR) and partial response (PR) rates were 13% and 56% in those with EZH2 mutations and 4% and 31% for patients with wild-type EZH2, respectively.

“We are very pleased to have submitted this NDA in hopes of bringing tazemetostat to [follicular lymphoma] patients and their physicians,” Shefali Agarwal, MD, chief medical officer of&#8239;Epizyme, the developer of tazemetostat, stated in a press release. “[Follicular lymphoma] remains a devastating and incurable disease. We believe that if approved, the durable responses and favorable safety observed in patients both with and without an EZH2 activating mutation support tazemetostat’s potential to make a meaningful difference for these patients.”

The NDA submission follows a previous meeting Epizyme held with the FDA in October 2019, in which the agency indicated that it considered the proposed clinical package to be sufficient for inclusion as part of application for accelerated approval, the company stated in the press release. The&#8239;agency&#8239;has a review period of 60 days to determine whether the NDA submission is complete and suitable for filing.

In the ongoing, 2-cohort, phase II trial, investigators evaluated tazemetostat as a single agent for patients with follicular lymphoma who had EZH2 activating mutations (n = 45) or wild-type EZH2 (n = 54) and had received ≥2 prior lines of systemic therapy. To be eligible for enrollment, patients had to be ≥18 years old, have an ECOG performance status of 0 to 2, and measurable disease per 2007 International Working Group—Non-Hodgkin Lymphoma criteria.3 All patients received oral tazemetostat at 800 mg twice daily.

Results also showed that the median DOR was 10.9 months for the EZH2-mutant cohort and 13 months for those with wild-type EZH2 disease by IRC assessment.

Regarding safety, the most frequently reported grade ≥3 treatment-emergent adverse events (TEAEs) included thrombocytopenia (3%), anemia (2%), asthenia (1%), and fatigue (1%). TEAEs that led to tazemetostat discontinuation occurred in 8% of patients; 9% of patients required dose reductions. No treatment-related deaths occurred while on study.

“This [follicular lymphoma] NDA submission, on the heels of a positive&#8239;Oncology Drug Advisory Committee&#8239;meeting for our epithelioid sarcoma program, sets us up for a transformational year in 2020,” Agarwal stated in the press release. “We are grateful to the patients and medical teams who have meaningfully contributed to advancing tazemetostat to this stage.”

An international, adaptive trial will evaluate the combination of tazemetostat with lenalidomide (Revlimid) in combination with rituximab (Rituxan) for patients with follicular lymphoma in the second- or later-line setting. The study, which will be used to support a full approval for tazemetostat in this indication, is expected to enroll approximately 500 patients with follicular lymphoma that is stratified based on EZH2 mutation status. The safety run-in portion of the trial has started, Epizyme stated in the press release.