The FDA has approved ado-trastuzumab emtansine (T-DM1; Kadcyla) for use as an adjuvant treatment of patients with HER2-positive early breast cancer who have residual invasive disease following neoadjuvant trastuzumab and chemotherapy.

The FDA has approved ado-trastuzumab emtansine (T-DM1; Kadcyla) for use as an adjuvant treatment of patients with HER2-positive early breast cancer who have residual invasive disease following neoadjuvant trastuzumab (Herceptin) and chemotherapy.1

The iDFS benefit with T-DM1 was upheld across key patient subgroups, according to results presented at the 2018 San Antonio Breast Cancer Symposium and simultaneously published in the New England Journal of Medicine.2,3

The FDA reviewed and approved the application under the agency's Real-Time Oncology Review and Assessment Aid pilot programs; the approval occurred 12 weeks following completion of the submission of the application.

"This approval is a significant treatment advance for HER2-positive early breast cancer. By working closely with the FDA and participating in the Real-Time Oncology Review pilot program, we are able to make Kadcyla available for people with residual invasive disease after neoadjuvant therapy much sooner than anticipated," said Sandra Horning, MD, chief medical officer and head of Global Product Development, Genentech (Roche), the developer of T-DM1. "With every step forward in reducing the risk of disease recurrence, we come closer to the goal of helping each person with early breast cancer have the greatest opportunity for cure."

The open-label KATHERINE trial included 1486 patients with centrally confirmed HER2-positive, nonmetastatic, invasive primary breast cancer who were found to have residual invasive tumor in the breast or axillary nodes at surgery after completing neoadjuvant chemotherapy. Neoadjuvant chemotherapy had to consist of ≥6 cycles of chemotherapy containing a taxane (with or without anthracycline) and ≥9 weeks of trastuzumab.

The most common grade ≥3 AEs across the overall population included thrombocytopenia (6% with T-DM1 vs 0.3% with trastuzumab) and hypertension (2.0% vs 1.2%, respectively)..

T-DM1 was previously approved by the FDA for the treatment of patients with metastatic HER2-positive breast cancer who previously received trastuzumab and a taxane, either alone or in combination.

Dr. Wesolowski on the Potential Future Utility of Trastuzumab Deruxtecan in HER2+ Breast Cancer 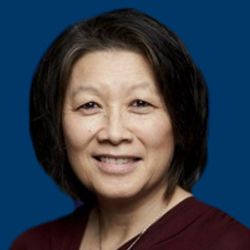