The FDA has approved isatuximab in combination with carfilzomib and dexamethasone for the treatment of adult patients with relapsed or refractory multiple myeloma who have previously received 1 to 3 lines of therapy.

The FDA has approved isatuximab-irfc (Sarclisa) in combination with carfilzomib (Kyprolis) and dexamethasone (Kd) for the treatment of adult patients with relapsed or refractory multiple myeloma who have previously received 1 to 3 lines of therapy.

The regulatory decision was based on data from the phase 3 IKEMA trial (NCT03275285), which showed that the triplet reduced the risk of disease progression or death by 45% vs Kd alone in this patient population (HR, 0.548; 95% CI, 0.366-0.822; P = .0032). At the time of the preplanned interim analysis, the median progression-free survival (PFS) had not yet been reached with the isatuximab combination.

Additionally, no statistically significant difference in objective response rate (ORR) was observed with the triplet vs the doublet, at 86.6% vs 82.9%, respectively (P = .03859); complete response (CR) rates were 39.7% vs 27.6%, respectively, and very good partial response (VGPR) rates were 33.0% and 28.5%, respectively. At the time of the interim analysis, data for overall survival (OS) were still immature.

“Treatment of patients with relapsed or refractory multiple myeloma remains challenging and the prognosis for patients experiencing multiple relapses unfortunately is poor,” Peter C. Adamson, MD, Global Development Head, Oncology and Pediatric Innovation at Sanofi, stated in a press release. “With this approval, [isatuximab] is now included in 2 standard-of-care regimens for the treatment of patients with multiple myeloma as early as first relapse. Today’s milestone further supports our ambition for [isatuximab] to become the anti-CD38 of choice for patients with relapsed or refractory multiple myeloma.”

The open-label phase 3 trial enrolled a total of 302 patients with relapsed/refractory myeloma who had received 1 to 3 prior lines of treatment. Participants were randomized 3:2 to receive either intravenous isatuximab at 10 mg/kg with Kd (n = 179) or Kd alone (n = 123).

Isatuximab was given on days 1, 8, 15, and 22 in cycle 1, and then every 2 weeks thereafter. Twice-weekly carfilzomib was administered at a dose of 20 mg/m2 on days 1 and 2 and then at 56 mg/m2 thereafter for 3 to 4 weeks. Dexamethasone was given at a twice-weekly dose of 20 mg. Treatment continued until progressive disease, intolerable toxicity, or the patient decided to withdraw.

Notably, patients who previously received carfilzomib and/or were refractory to previous anti-CD38 therapy were ineligible to participate. Patients were stratified based on line of therapy (1 vs more than 1) and Revised Multiple Myeloma International Staging System (R-ISS stage; I or II vs III vs not classified).

Baseline characteristics were comparable between the arms. The median age of patients was 64 years (range, 33-90), and 8.8% of were 75 years of age or older. The percentages of those with R-ISS I, II, and III disease were 53.2%, 30.2%, and 15.4%, respectively. Additionally, 44.4% of patients previously received 1 line of therapy, 32.5% had 2, and 21.4% had 3 or more. About 90% of patients (89.1%) had previously received a proteasome inhibitor, while 78.7% received a prior immunomodulatory drug (IMiD); 33% of patients were refractory to lenalidomide (Revlimid). Twenty-four percent of patients had high-risk cytogenetics.

Dr. Vij on the Potential of CELMoDs in Relapsed/Refractory Multiple Myeloma 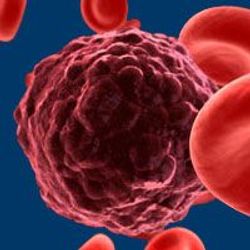