The FDA has granted an accelerated approval to pembrolizumab for the treatment of adult and pediatric patients with recurrent locally advanced or metastatic Merkel cell carcinoma.

The FDA has granted an accelerated approval to pembrolizumab (Keytruda) for the treatment of adult and pediatric patients with recurrent locally advanced or metastatic Merkel cell carcinoma (MCC).1,2

The approval was based on the phase II CITN-09/KEYNOTE-017 trial (NCT02267603), in which pembrolizumab elicited an overall response rate (ORR) per indedependent review of 56% (95% CI, 41%-70%), as well as a 24% complete response rate and a 32% partial response rate, in patients who did not previously receive systemic therapy for their advanced disease.

In the multicenter, single-arm, open-label trial, 50 treatment-naïve patients with recurrent locally advanced or metastatic MCC received pembrolizumab at 2 mg/kg every 3 weeks. Patients were enrolled between January 2015 and May 2017, and could not have received prior systemic therapy. The median patient age was 70 years (range, 46-91), with 80% of patients aged ≥65 years. Fourteen percent (n = 7) of patients had recurrent locally advanced MCC, and 86% (n = 43) had distant metastatic MCC. Sixty-four percent of patients had tumors that were positive for Merkel cell polyomavirus (MCPyV), with the remaining 36% being negative.

The median time to response was 2.8 months (range, 1.5-9.7). Most responses had occurred by 12 weeks and most were also ongoing at the time of the data cutoff of February 6, 2018. Responses were observed regardless of MCPyV status. The ORR was 59% among MCPyV-positive patients and 53% among MCPyV-negative patients.

The FDA noted that the recommended pembrolizumab dose for MCC is 200 mg administered intravenously (IV) every 3 weeks for adults. For pediatric patients, the PD-1 inhibitor should be given at 2 mg/kg, up to a maximum of 200 mg, IV every 3 weeks for patients <18 years of age. 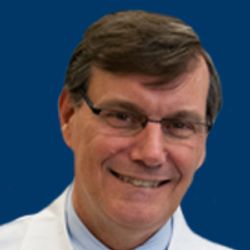