The FDA has approved pembrolizumab in combination with axitinib for the frontline treatment of patients with advanced renal cell carcinoma.

The FDA has approved pembrolizumab (Keytruda) in combination with axitinib (Inlyta) for the frontline treatment of patients with advanced renal cell carcinoma (RCC).1

The approval is based on findings from the phase III KEYNOTE-426 trial, which demonstrated that the frontline combination significantly improved overall response rates (ORRs), progression-free, and overall survival (OS) compared with sunitinib (Sutent) in patients with advanced RCC. Moreover, data showed that pembrolizumab/axitinib led to a 47% reduction in the risk of death versus sunitinib (HR, 0.53; 95% CI, 0.38-0.74; P <.0001).2

This is the first anti—PD-1 therapy that is approved as part of a combination regimen that significantly improved OS, progression-free survival (PFS), and ORR compared with sunitinib in this patient population.

"This represents a new treatment option for patients with advanced renal cell carcinoma, who will now have access to Keytruda as part of a first-line combination regimen," said Scot Ebbinghaus, MD, vice president, clinical research, Merck Research Laboratories, the developer of pembrolizumab. "Today’s approval reflects Merck’s commitment to patients with cancer and further supports the use of KEYTRUDA to help improve survival outcomes for patients with advanced renal cell carcinoma."

In the open-label KEYNOTE-426 study (NCT02853331), 861 patients with newly diagnosed or recurrent stage IV clear cell RCC were randomized 1:1 to receive pembrolizumab at 200 mg intravenously every 3 weeks for up to 35 cycles plus axitinib at 5 mg orally twice daily or sunitinib at 50 mg orally once daily for the first 4 weeks of each 6-week cycle. Treatment was administered until disease progression, unacceptable toxicity, or if patients dropped out of the trial.

The median age was 62; 73% of patients were male and 27% were female. Patients were stratified by geographic region and by International Metastatic Renal Cell Carcinoma Database Consortium risk group as having favorable-, intermediate-, or poor-risk disease.

To be eligible for enrollment, patients had no prior systemic treatment for advanced disease, had a Karnofsky performance status ≥70, measurable disease per RECIST v1.1 criteria, provision of a tumor sample for biomarker assessment, and adequate organ function.

Regarding safety, the incidence of all-grade adverse events (AEs) was comparable between the 2 arms, at 96.3% with the combination and 97.6% with sunitinib. Grade 3 to 5 AEs were higher with pembrolizumab/axitinib (62.9%) versus sunitinib (58.1%). A total of 0.9% of AEs led to death in the combination arm versus 1.6% in the sunitinib arm. 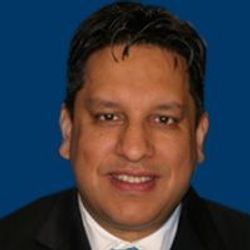