The FDA has granted a breakthrough therapy designation to VS-6766 plus defactinib for the treatment of patients with recurrent low-grade serous ovarian cancer, irrespective of KRAS status, following 1 or more previous lines of therapy, including platinum-based chemotherapy

The FDA has granted a breakthrough therapy designation to the combination of the RAF/MEK inhibitor VS-6766 plus the FAK inhibitor defactinib for the treatment of patients with recurrent low-grade serous ovarian cancer (LGSOC), irrespective of KRAS status, following 1 or more previous lines of therapy, including platinum-based chemotherapy.1

“Patients with LGSOC urgently need better solutions due to low response rates and tolerability issues associated with current therapies,” Melissa Aucoin, chief executive officer of the National Ovarian Cancer Coalition, stated in a press release. “A breakthrough therapy designation in this disease is a significant step forward for the women who often, at a relatively young age, start a lengthy battle with this highly recurrent and impactful disease.”

VS-6766 was developed to inhibit the RAF/MEK signaling pathway in a way that differs from other MEK inhibitors under development. The agent blocks the MEK kinase activity and impedes the ability of RAF to phosphorate MEK. The mechanism of action of the agent is unique in that it can block MEK signaling without compensatory activation of MEK.

"The current standard of care for treatment of [patients with] recurrent LGSOC is chemotherapy or endocrine therapy, most commonly with an aromatase inhibitor. However, these regimens generally have response rates of less than 25%, and as low as 4% in some studies," Rachel N. Grisham, MD, section head, Ovarian Cancer and Director, Gynecologic Medical Oncology at Memorial Sloan Kettering Cancer Center, told OncLive. "LGSOC is molecularly unique from high grade serous ovarian cancer. The majority of cases display molecular alterations affecting the MAPK pathway which drive cellular proliferation and tumor cell survival. The most common being KRAS mutations, which occur in approximately one-third of patients with recurrent disease.

"More recently, the single-agent MEK inhibitors trametinib and binimetinib have shown promising activity in phase III trials, leading to trametinib being NCCN compendium listed for treatment of recurrent low grade serous ovarian cancer, but these agents are still limited by response rates in the range of 26%," Grisham added. "VS-6766 is a dual inhibitor of MEK and RAF. By blocking both MEK kinase activity and the ability of RAF to phosphorylate MEK, VS-6766 may lead to more robust pathway inhibition than single agent MEK inhibitors, providing an opportunity for deeper and more sustained responses."

In the adaptive, multicenter, parallel cohort, open-label phase 2 trial is part of the RAMP program; here, investigators set out to examine the safety and efficacy of VS-6766 as a single agent and in combination with defactinib in patients with recurrent LGSOC.

In the first phase of the trial, investigators seek to determine the optimal regimen for this population, who were randomized to receive the monotherapy or the combination. Data pertaining to the objective responses will be utilized to inform which regimen will be examined in the expansion portion of the trial. In the subsequent phase of the research, investigators will further examine the safety and efficacy of the regimen that is selected.

Earlier data presented at the 2nd Annual RAS-Targeted Drug Development Summit demonstrated that among 17 patients with LGSOC, the regimen resulted in a 41% ORR (n = 7), all of which were partial responses. Among a subset of 9 patients with KRAS G12V–mutated LGSOC, the ORR was 56% (n = 5). Of the 7 responders to the combination, 5 had previously received 1 or more MEK inhibitors. In those with KRAS-mutated LGSOC who had received the recommended phase 2 dose of the doublet (VS-6766 at 3.2 mg and defactinib at 200 mg), the ORR was 50% (n = 3/6).

Safety data from the trial have indicated that the most frequently reported adverse effects included rash, elevated creatinine kinase, nausea, hyperbilirubinemia, and diarrhea. The majority of these effects were noted to be grade 1 or 2, and all were found to be reversible. Many patients have been on treatment for longer than 1 year, which could be indicative of durable activity.

“Given the low response rates currently seen with all available treatments for LGSOC innovative drug combinations and study designs are needed," Grisham said. "By exploring both VS-6766 alone, and VS-6766 in combination with defactinib in parallel, it is hoped that the most efficacious and well-tolerated regimen can be identified in an expedited fashion." 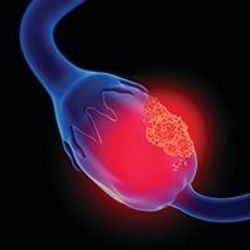 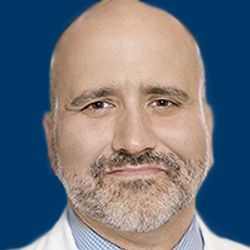