December 1, 2020 - The FDA has granted a priority review designation to the oral FGFR1-3 selective inhibitor infigratinib for the treatment of patients with cholangiocarcinoma.

The FDA has granted a priority review designation to the oral FGFR1-3 selective inhibitor infigratinib for the treatment of patients with cholangiocarcinoma, according to an announcement from BridgeBio Pharma, Inc.1

The new drug application for the agent is being assessed under the Real-Time Oncology Review pilot program, which was developed to expedite the distribution of safe and effective therapies to patients with cancer.

The pharmaceutical company announced plans to submit the application for review in Australia and Canada under Project Orbis, which permits concurrent submission and review of cancer therapies among participating international regulatory agencies.

“We want to thank the patients, families, scientists, physicians and all others involved who helped us move this NDA forward,” Neil Kumar, PhD, CEO of BridgeBio, stated in a press release. “At BridgeBio, we believe that every minute counts for patients and their families, and we are eager to help as many people suffering from cholangiocarcinoma as possible—as quickly as possible.”

An oral agent, infigratinib is an ATP-competitive, FGFR1-3 TKI that is under investigation for patients whose tumors harbor FGFR mutations, including those with cholangiocarcinoma, urothelial carcinoma, and achondroplasia.

Results from a retrospective analysis presented during the 2020 ASCO Virtual Scientific Program and the 2020 ESMO World Congress on Gastrointestinal Cancer demonstrated that infigratinib induced a clinically meaningful progression-free survival (PFS) and overall response rate (ORR) when given as a third- and later-line treatment for patients with FGFR2 fusion–positive cholangiocarcinoma.2

In the analysis, investigators evaluated data from a subset of 37 patients with FGFR-mutant advanced or metastatic cholangiocarcinoma who had been administered second-line chemotherapy and subsequent third- or later-line infigratinib as part of a single-arm phase 2 trial (NCT02150967).

The effectiveness of each intervention was compared in the subset of patients to define outcomes for patients with FGFR2-mutated cholangiocarcinoma who received standard chemotherapy in the second-line setting. Before this investigation, this had been largely unknown.3 Standard chemotherapy for this population has historically been comprised of gemcitabine- or capecitabine-based combinations, and leucovorin calcium, fluorouracil, oxaliplatin (FOLFOX).

Overall, the study had enrolled a total of 71 patients with advanced or metastatic cholangiocarcinoma that harbored either FGFR2 fusions or other FGFR alterations; these patients had progressed on previous treatment.

In the trial, participants were given infigratinib at a once-daily dose of 125 mg for 21 days, followed by 7 days off therapy, for 28-day treatment cycles. Treatment was continued until either intolerable toxicity, progressive disease, cessation per investigation discretion, or withdrawn consent from the patient. The primary end point of the trial was ORR per investigator assessment.4 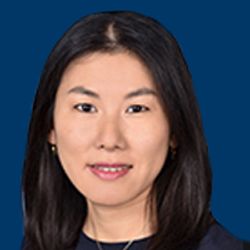