The frontline triplet combination comprised of acalabrutinib, venetoclax, and obinutuzumab proved to be highly active and well tolerated when used in the treatment of patients with chronic lymphocytic leukemia. 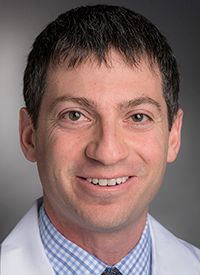 The frontline triplet combination comprised of acalabrutinib (Calquence), venetoclax (Venclexta), and obinutuzumab (Gazyva) proved to be highly active and well tolerated when used in the treatment of patients with chronic lymphocytic leukemia (CLL), according to data from a phase 2 trial (NCT03580928) published in Lancet Oncology.1

Results showed that the proportion of patients who achieved a complete remission (CR) and undetectable minimal residual disease (MRD) in the bone marrow at the start of cycle 16 was 38% (95% CI, 22%-55%; n = 14/37). However, because this rate was lower than the alternative hypothesis, which was set at 60%, the study did not meet its primary end point.

“We found that acalabrutinib, venetoclax, and obinutuzumab is an active chemotherapy-free treatment option for previously untreated patients with high-risk disease,” Matthew S. Davids, MD, MMSc, lead study author, director of Clinical Research in the Division of Lymphoma and physician at Dana-Farber Cancer Institute, and associate professor of medicine at Harvard Medical School, and colleagues, wrote. “The safety profile is favorable, with low rates of grade 3 or higher adverse effects [AE] and few occurrences of tumor lysis syndrome [TLS] with a more convenient 4-week venetoclax ramp-up.”

The emergence of BTK and BCL-2 inhibitors in the CLL treatment paradigm has transformed care for this population, but the use of these agents in the first-line setting has provided suboptimal benefit. It has been shown that when BTK inhibitors like acalabrutinib are administered with or without anti-CD20 antibodies, they can elicit durable responses; however, this requires continuous treatment, which is linked with certain safety risks and financial toxicity.

Although treatment with venetoclax plus obinutuzumab has been shown to be beneficial for patients with higher-risk TP53- or IGHV-mutated disease, room for improvement remains. Moreover, although fixed-duration treatment with the novel triplet comprised of ibrutinib (Imbruvica), venetoclax, and obinutuzumab has been explored in the first-line setting, toxicity challenges have prevented the extended use of this regimen in older patients who have comorbidities.

As such, study investigators hypothesized that a combination comprised of the more specific BTK inhibitor acalabrutinib plus venetoclax and obinutuzumab could be administered as a MRD-guided, time-limited regimen that would result in deep remissions and favorable tolerability for a broader population of patients with CLL, even though considered to have high-risk disease.

The single-arm, open-label phase 2 trial enrolled patients from either Dana-Farber Cancer Institute or Beth Israel Deaconess Medical Center who had a diagnosis of previously untreated CLL or small lymphocytic leukemia who needed initial therapy, were at least 18 years of age, had an ECOG performance status of 0 to 2, and measurable disease.

Patients who were determined to be high risk for TLS at the time of venetoclax initiation on day 1 of cycle 4 needed to receive the 20- and 50-mg doses of the agent as an inpatient. Those with low or medium risk of TLS at the start of cycle 4 were able to begin venetoclax in either the inpatient or outpatient setting based on clinician choice.

When patients were done receiving obinutuzumab at the end of cycle 7, they continued to receive acalabrutinib at a twice-daily dose of 100 mg and venetoclax at a once-daily dose of 400 mg until 15 cycles of therapy were completed. Patients then were able to discontinue the 2-drug regimen if they achieved a CR with undetectable MRD in the bone marrow at the start of cycle 16. If this was not accomplished, patients remained on the doublet until the start of cycle 25.

Notably, patients needed to receive prophylaxis with trimethoprim-sulfamethoxazole and aciclovir while receiving the study drugs. Those who experienced neutropenia were able to receive pegfilgrastim (Neulasta) or filgrastim (Neupogen).

At a median follow-up of 27.6 months (range, 25.1-28.2), all 37 patients had received at least 1 dose of all 3 agents and 36 of the patients were determined to be evaluable for secondary end points at the beginning of cycles 8, 16, and 25. At this time point, no patients had experienced clinical progression, and all were still alive.

Additional data from the trial showed that all patients responded to the triplet regimen. The best CR rate with the regimen was 46% (n = 17/37). Notably, CR rates to the treatment approach were similar, irrespective of IGHV or TP53 mutational status.

Moreover, the best overall rate of undetectable MRD in the peripheral blood was 92% (n = 34/37) and 86% (n = 32/37) in the bone marrow. Rates of undetectable MRD proved to be comparable between the IGHV and TP53-aberrant subsets, as well as the total population.

At the start of cycle 25, 11% of patients had detectable MRD in the bone marrow and continued to receive acalabrutinib/venetoclax. Half of these patients (n = 2/4) had IGHV-unmutated and TP53-aberrant disease, and 2 had IGHV-mutated and TP53­ wild-type disease.

Median progression-free survival and overall survival have not yet been reached; these data will be shared in a future publication.

All participants reported at least 1 AE, but grade 3 or 4 toxicities were not common. Notably, no treatment-associated or all-cause deaths were reported.

The most common grade 3 or 4 hematologic toxicities experienced with the triplet regimen were hyperglycemia (8%) and hypophosphatemia (8%). Twenty-four percent of patients reported infusion-related reactions to obinutuzumab; 1 of these cases was grade 3 and was experienced during the first infusion. One patient had atrial fibrillation in the perioperative setting. Fifty-nine percent of patients reported bruising; however, no major bleeding was observed.

In terms of second malignancies, 1 developed recurrent thymoma while on the study following initial resection of the disease 14 years prior. Thirty-eight percent of patients experienced infection, with 22% of patients reporting upper respiratory tract infection. One patient experienced grade 3 or higher infection in the form of pneumonia; this was resolved with the use of oral antibiotics.

A total of nine patients reported serious toxicities with the regimen, with neutropenia reported in 3 of these patients. Seventy-eight percent of the serious AEs were considered to potentially be associated with 1 of the study agents.

Two patients reported TLS, both with the start of obinutuzumab prior to venetoclax initiation. The cases were managed with supportive care and patients went on to receive more obinutuzumab without experiencing any issues.

“Acalabrutinib, venetoclax, and obinutuzumab is now being studied in a registrational phase 3 trial and has the potential to become a new standard frontline therapy option for patients with CLL,” the study authors concluded. 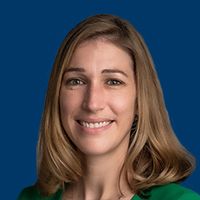 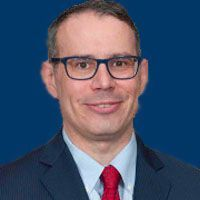