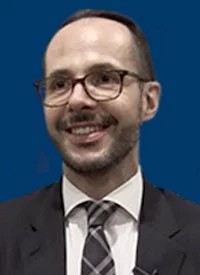 “This retrospective adjusted comparison of 2 independent cohorts of younger patients with MCL suggests that BR with ASCT and maintenance rituximab is a feasible and effective first-line treatment, with outcomes comparable to R-CHOP/R-DHAP with ASCT,” lead study author Diego Villa, MD, MPH, a clinical associate professor at The University of British Columbia in Vancouver, Canada, and coauthors, wrote in the study.

As such, the objective of this study was to explore differences in outcomes between first-line BR and R-CHOP/R-DHAP in transplant-eligible patients with MCL.

A population-based cohort of 97 patients aged 18 to 65 years with stage II to IV MCL, consecutively treated with BR, was retrospectively identified at BC Cancer. Baseline characteristics, response rates, and outcomes were compared with the cohort of 232 patients with MCL randomized to the R-CHOP/R-DHAP arm of the MCL Younger trial.

Regarding baseline characteristics, Ann Arbor stage, lactate dehydrogenase, MIPI, blastoid morphology, and MCL35 assignments were similar between both groups. However, patients treated with BR were older, had slightly worse performance status, had a greater proportion of Ki67 of at least 30%, and showed a trend toward higher MIPI risk.

Notably, there were no clear differences in secondary end points in unadjusted or adjusted analyses:

The study authors also noted that BR can be safely given in the outpatient setting with less toxicity than R-CHOP/R-DHAP, although detailed toxicity data were not available for review in the BR cohort.