Japan's Pharmaceuticals and Medical Devices Agency&#8239;has granted approval to frontline pembrolizumab as monotherapy and in combination with chemotherapy for the treatment of patients with recurrent or distant metastatic head and neck cancer. 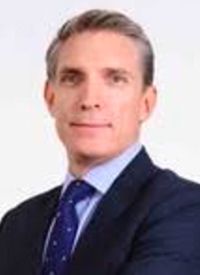 Japan’s Pharmaceuticals and Medical Devices Agency&#8239;has granted approval to frontline pembrolizumab as monotherapy and in combination with chemotherapy for the treatment of patients with recurrent or distant metastatic head and neck cancer.1

The approval for pembrolizumab in both indications is based on findings from the phase III KEYNOTE-048 trial, which evaluated the PD-1 inhibitor alone and in combination with platinum-based therapy and 5-fluorouracil (5-FU) compared with standard cetuximab (Erbitux) with platinum-based therapy plus 5-FU in patients with recurrent or metastatic head and neck squamous cell carcinoma.

The combination of pembrolizumab plus chemotherapy demonstrated a 23% reduction in the risk of death versus standard therapy (HR, 0.77; 95% CI, 0.63-0.93; P = .00335).2 Moreover, single-agent pembrolizumab demonstrated noninferiority compared with the standard regimen (HR, 0.85; 95% CI, 0.71-1.03; P = .00014), and it also demonstrated a statistically significant improvement in OS in patients with PD-L1—positive (combined positive score [CPS] ≥1) tumors versus standard therapy.

“Last year, an estimated 850,000 new cancer diagnoses were made in Japan alone, underscoring the critical need for innovative research and development to identify additional treatment options,” Jannie Oosthuizen, managing director of MSD (Merck) in Japan, stated in a press release. “The new approvals of Keytruda in advanced renal cell carcinoma and head and neck cancer build on previous approvals in melanoma, advanced non-small cell lung cancer and advanced MSI-H cancers, allowing us to bring Keytruda to even more patients in Japan.”

In the open-label, randomized, phase III KEYNOTE-048 study, investigators evaluated whether pembrolizumab could prolong survival and slow disease progression versus the EXTREME regimen—platinum-based chemotherapy with cisplatin or carboplatin, 5-FU, and cetuximab&mdash;in the recurrent or metastatic setting. A total 882 patients were randomized in a 1:1:1 ratio to either standard EXTREME treatment (cetuximab at 400 mg/m2&#8239;loading dose followed by 250 mg/m2&#8239;weekly, plus cisplatin at 100 mg/m2&#8239;or carboplatin AUC 5 every 3 weeks, plus 5-FU at 1000 mg/m2&#8239;daily on day 1 through 4 of each 3-week cycle for a maximum of 6 cycles; n = 300); single-agent pembrolizumab at 200 mg every 3 weeks for 2 years (n = 301); or a combination of pembrolizumab and platinum-based chemotherapy with 5-FU (n = 281). Treatment was administered until unacceptable toxicity or progressive disease.

Patients enrolled on the study had squamous cell carcinoma of the oral cavity, oropharynx, larynx, or hypopharynx; had not received prior chemotherapy or systemic therapy for their recurrent or metastatic disease; and had good ECOG performance status with tissue available for PD-L1 testing. Patients were stratified by PD-L1 expression, p16 status, and ECOG performance status.

The primary endpoints were PFS and OS in patients with a PD-L1 CPS ≥20, ≥1, and in all patients enrolled.

In June 2019, the FDA approved pembrolizumab for the first-line treatment of patients with metastatic or unresectable recurrent head and neck squamous cell carcinoma as monotherapy in patients whose tumors express PD-L1 (CPS ≥1) or in combination with platinum and 5-FU for this patient population, but irrespective of PD-L1 expression. The European Commission approved the same regimens, also based on the KEYNOTE-048 data, in November 2019.