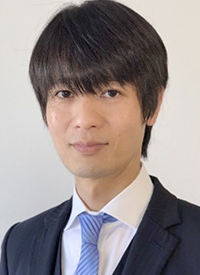 The first-line combination of zolbetuximab plus mFOLFOX6 significantly improved progression-free and overall survival (OS) vs placebo/mFOLFOX6 in patients with CLDN18.2-positive, HER2-negative locally advanced unresectable or metastatic gastric/gastroesophageal junction (GEJ) adenocarcinoma, according to primary phase 3 data from the SPOTLIGHT trial (NCT03504397).1

“Zolbetuximab plus mFOLFOX6 is a new potential standard-of-care treatment for a biomarker-based subgroup of patients with CLDN18.2-positive/HER2-negative locally advanced unresectable or metastatic gastric/GEJ adenocarcinoma,” said Kohei Shitara, MD, the lead study author of the trial and a medical oncologist at National Cancer Center Hospital East in Japan, in a presentation during the meeting.

Standard treatment for patients with HER2-negative, metastatic gastric/GEJ adenocarcinoma is chemotherapy with mFOLFOX6, but there is still an unmet need in terms of targeted therapies for this population.2 Currently, the median OS is approximately 1 year.

CLDN18.2 is a tight junction protein that is expressed in normal gastric mucosa cells and is retained in advanced gastric/GEJ tumor cells. As CLDN18.2 may become exposed on the surface of gastric/GEJ cells, Shitara noted that it makes a promising target.

Zolbetuximab, which is a first-in-class CLDN18.2-targeting chimeric IgG1 monoclonal antibody that induces antibody-dependent cellular cytotoxicity/complement dependent cytotoxicity, resulted in a prolongation of survival in patients with higher expression of CLDN18.2 in the phase 2b FAST trial (NCT01630083).3 Here, the median PFS was 9.0 months with zolbetuximab and epirubicin, oxaliplatin, and capecitabine (EOX) vs 5.7 months with EOX alone; the median OS was 16.5 months and 8.9 months, respectively.

The international, double-blind, placebo-controlled SPOTLIGHT trial enrolled patients with previously untreated locally advanced unresectable or metastatic gastric/GEJ adenocarcinoma and CLDN18.2 positivity. To be eligible for enrollment, patients must have had moderate-to-strong CLDN18 staining in at least 75% of tumor cells, have HER2-negative disease, and an ECOG performance status of 0 or 1.

Zolbetuximab was given intravenously (IV), at 800 mg/m2 on day 1 of cycle 1 followed by 600 mg/m2 on day 22 of cycle 1 and days 1 and 22 of subsequent cycles, every 3 weeks and mFOLFOX6 was given IV every 2 weeks in cycles 1 to 4 of 42-day cycles. For cycles 5 and beyond, zolbetuximab was given at the same dosing schedule in combination with 5-fluorouracil (5-FU) and folinic acid IV every 2 weeks. Those in the placebo arm were given placebo at the every-3-week schedule and chemotherapy was administered at the same dosing schedule.

Patients were stratified by region (Asian vs non-Asian), number of organs with metastases (0-2 vs ≥3), and prior gastrectomy (yes vs no).

Forty-eight percent of patients in the zolbetuximab arm received subsequent anticancer therapies vs 53% in the placebo arm.

Shitara noted that the formal PROs analysis is pending, but an initial descriptive analysis did not indicate differences between treatment arms.

Regarding safety, the incidence of treatment-emergent adverse effects (TEAEs) was similar between arms, at 99.6% in both treatment groups. Grade 3 or higher TEAEs were reported in 86.7% and 77.7% of those on the zolbetuximab and placebo arms, respectively; serious TEAEs occurred in 44.8% and 43.5%. Treatment-related adverse effects that led to treatment discontinuation of zolbetuximab or placebo occurred in 13.6% and 2.2% of patients, respectively. Moreover, 1.8% and 1.4% of TRAEs, respectively, led to death.