The FDA has announced the approval of the first generic version of Doxil, which is expected to help alleviate a shortage of the drug that has continued since November 2011.

The FDA has announced the approval of the first generic version of the drug Doxil (doxorubicin hydrochloride liposome injection). The approval is expected to help alleviate a shortage of the drug that has continued since November 2011.

The FDA’s Office of Generic Drugs has implemented a priority review system in order to expedite the consideration of generic versions of drugs that appear on the national shortage list. Doxil is currently approved in combination with bortezomib to treat multiple myeloma in patients who have received prior chemotherapy, and it’s also approved to treat ovarian cancer that has progressed or recurred after prior chemotherapy.

“The agency is committed to doing everything we can to address drug shortages so that patients can get the medicines they need when they need them,” said Captain Valerie Jensen, RPh, director of the drug shortage staff at the FDA’s Center for Drug Evaluation and Research, in a statement. “For the past year, the FDA has been working to ensure that supplies of doxorubicin HCl liposome injection were not interrupted.”

In November 2011, Ben Venue Laboratories, the third-party manufacturer that produces Doxil for Janssen Pharmaceuticals, reported it would indefinitely extend a voluntary suspension of production at its Bedford, Ohio, facility, so it could implement “any appropriate corrective actions that may be needed.” In November and December of that year, the FDA inspected the facility and reported that preventive maintenance was not being performed on time; that the company had failed to properly investigate complaints of metal particles in sestamibi, a product used in nuclear-medicine imaging; and that Ben Venue took too long to investigate a 10-gallon can of liquid in a storage area that was found to contain urine.

The production suspension resulted in a lack of available Doxil through late 2012.

Nearly one year ago, in February 2012, the FDA announced that it would take aggressive steps to alleviate the shortage of Doxil. The federal agency temporarily allowed for the importation of LipoDox, doxorubicin hydrochloride liposome injection that was manufactured in India by Sun Pharma Global FZE (Sun) and distributed by Caraco Pharmaceutical Laboratories Ltd. This generic is not approved in the United States.

Additionally, one lot of Doxil that was made by Janssen under an unapproved manufacturing process was allowed to be released. Finally, the FDA assisted drug manufacturer Pfizer in relaunching different sterile injectable oncology drugs that could be used as substitutes.

In the announcement, the FDA noted that it is still allowing the importation of LipoDox, and that limited supplies of Doxil are available. Once the newly approved generic is available in amounts that meet demand, the agency will no longer exercise its enforcement discretion on LipoDox or any unapproved doxorubicin product. 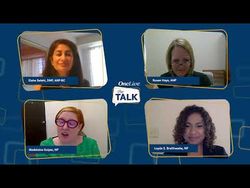 Management of Adverse Effects in R/R HER2+ mBC 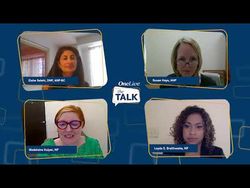 FDA-approved Therapies for Relapsed/Refractory HER2+ mBC 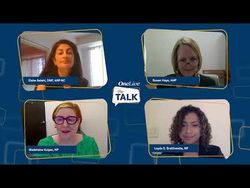