The novel coronavirus spreading across the world represents a distinct challenge for all physicians, especially oncologists who commonly treat patients who have compromised immune systems. 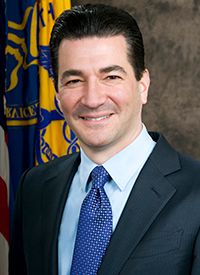 The novel coronavirus (COVID-19) spreading across the world represents a distinct challenge for all physicians, especially oncologists who commonly treat patients who have compromised immune systems. The spread of the virus was discussed by Scott Gottlieb, MD, during the keynote address at the 37th Annual Miami Breast Cancer Conference®.

At this point, the number of new confirmed cases of coronavirus infection seems to change every day, with more than 100,000 infections reported worldwide. When looking at epidemiology data, Gottlieb noted a distinct spike in reported respiratory illnesses across the United States. He partially credited this to additional hospital visits due to worry over the virus. However, given a lack of widespread testing, he added that it could also be from wider spread of the virus than estimated.

“I think we’re facing some difficult months ahead of this,” said Gottlieb. “Seeing what’s happening in some of the cities, there’s some speculation on just how bad this disease is. I think most of the modeling we’ve seen coming out, looking at South Korea, Italy, and certain parts of China, suggests the mortality rate will be about 1%, which is significantly more than the seasonal flu, which is about 0.1%.”

Gottlieb noted that each country seems to be handling the coronavirus outbreak differently. In China, he said there has been some success in containing the virus, but at significant social and human costs. On the opposite end of the spectrum, however, there seems to be very little effort on the part of Iran to slow the virus, allowing it to “burn through their population,” he said.

“We’re going to have to figure out what our American approach is to this and how we’re going to take more aggressive mitigation steps. We’re losing a pretty narrow window to step in,” Gottlieb said. “We really haven’t stepped in with the kind of mitigation step and social distancing in these hot spots that you’d want to see to break the chain of transmission. I think this week is going to be critical.”

Effective and widespread testing has represented another challenge facing the prevention of coronavirus spread. The initial step in the process, which was creation of a diagnostic by the Centers for Disease Control and Prevention (CDC), went as planned, he said; however, there was a shipment delay for reagents to public health labs, slowing down use of this test. Additionally, there was inadequate communication between the CDC and other testing organizations, such as LabCorp and Quest Diagnostics.

“In an ideal world, we would be doing what the Netherlands is doing. They’re testing their indeterminate cases of the flu. If someone shows up with the flu, gets swabbed, and shows up negative for the flu but still has a significant respiratory disease they’ll then get tested for the coronavirus,” said Gottlieb. “We announced that we’re going to start doing that in 5 cities, but that’s a small number.”

Each day, testing strategies continue to evolve and change, in response to the spread of the disease, with wider adoption of this testing strategy possible in the coming week. Additionally, several companies are now working to find treatments for the virus, including Gilead Sciences and Moderna.

Shifting topics in his keynote address, Gottlieb noted that innovation has been a mainstay in oncology for the past 2 decades, as new treatments have dramatically improved the long-term outcomes across several types of cancer. Innovation at the FDA has largely been driven by strategic changes made to endpoints, to allow for faster approval via surrogates. Looking solely for an improvement in overall survival has become steadily more difficult to achieve, he said, as treatments become more effective.

“The time required, and the large number of patients required, in the trial to demonstrate improvement or superiority over an otherwise effective regimen and in order to power that study it wouldn’t be practical, you couldn’t enroll it,” said Gottlieb. “We would potentially be denying effective drugs to patients who face life-threatening disease.”

Most of these changes were facilitated by a greater understanding of the biology that drives cancer, with a milestone approval seen with imatinib (Gleevec), which was the first targeted therapy approved by the agency. Other recent examples of innovation include immune checkpoint inhibitors and tumor agnostic approvals, he said.

Tissue-agnostic approvals were brought about following changes to the clinical trial designs, which was another key change at the FDA to foster greater innovation. FDA granted its first tissue-agnostic approval in 2017 for the PD-1 inhibitor pembrolizumab (Keytruda) for patients with unresectable or metastatic, microsatellite instability-high or mismatch repair deficient tumor tumors. This was followed by approvals for larotrectinib (Vitrakvi) and entrectinib (Rozlytrek) for patients with solid tumors harboring an NTRK fusion.1

“We moved toward tissue-agnostic drug approvals, where you get the approval based on a molecular subtype rather than phenotype,” Gottlieb said. “You might be able to study multiple tumor types within one trial. The opportunity is forcing the agency to continue to evolve. It really was a palpable sense of real opportunity about what was happening.”