Franco Muggia, MD, a fixture at NYU Langone’s Perlmutter Cancer Center and a leader in the study and treatment of patients with gynecologic cancers, died on September 8, 2021. He was 85 years old. 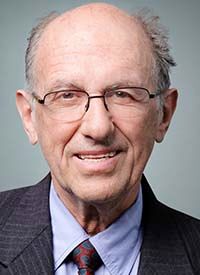 Franco Muggia, MD, a fixture at NYU Langone’s Perlmutter Cancer Center and a leader in the study and treatment of patients with gynecologic cancers, died on September 8, 2021. He was 85 years old.

Over a career lasting more than 50 years, Muggia had a hand in the development of some of most important drugs in chemotherapy, including bleomycin, nitrosoureas, taxanes, and his key area of interest, platinum compounds. During his time as associate director of the Cancer Therapy Evaluation Program, he played a crucial role in getting these agents incorporated into standard of care for clinical practice, and coordinated the early clinical development of chemotherapy for patients with leukemia and lymphoma, and breast, lung, ovarian, testicular, and gastrointestinal cancers.

Throughout his career, Muggia was recognized as a worldwide thought leader in ovarian cancer therapeutics and played a leading role in the formation of the Gynecologic Oncology Group (GOG). He also helped found the New York Gynecologic Oncology Group and the New York Phase 1 Trials Group. In recent years, he led the Chemotherapy Foundation and helped to organize its annual meeting, the Chemotherapy Foundation Symposium, a program organized by Physicians’ Education Resource®, LLC, which draws visitors from around the world.

“Franco Muggia was a remarkable individual,” said OncologyLive® editor-in-chief Maurie Markman, MD, president of Medicine & Science at Cancer Treatment Centers of America and the 2018 Giants of Cancer Care® award winner for Gynecologic Malignancies, in a statement to OncLive. “He was an outstanding clinical investigator, an excellent educator, and, most important, a superb clinician.

“Franco participated or led some of the most important clinical studies in the gynecologic cancer arena over the past several decades. He will be greatly missed.”

Muggia was born in Torino, Italy, in 1936, but fled with his family to Quito, Ecuador, to escape the Mussolini dictatorship at the age of 3. His father, described as a prominent pediatrician and drug developer, and his older brother Albert, now a retired gastroenterologist, strongly influenced his decision to pursue a medical career.

After a stint as a faculty member at Einstein College of Medicine, Muggia, moved to the Medicine Branch of the National Cancer Institute where he worked in the laboratory of oncology legends and Giants of Cancer Care® award winners Vincent DeVita Jr, MD, and George P. Canellos, MD, in a unit headed by famed clinician and investigator, Paul P. Carbone, MD.

Muggia joined NYU School of Medicine in 1979 as professor of medicine and director of the Division of Medical Oncology. In 1986, he moved to the University of Southern California-Norris Comprehensive Cancer Center and continued his work optimizing intraperitoneal platinum and liposomal doxorubicin therapies for patients with ovarian cancer.

After stepping down as division chief, he served as a senior faculty member and continued his commitment to clinical care, research, and educating the next generation of physician-scientists.

Muggia is survived by his wife Anna, their daughters; Diana, Vickie, Paola, and Julia; 10 grandchildren, and his older brother, Albert.

Services are scheduled for 12 pm on September 10, 2021, at Congregation Shearith Israel in New York, New York. Shiva will be 1 pm to 5 pm from September 11 to 14 at 920 Soundview Drive Mamaroneck, New York.