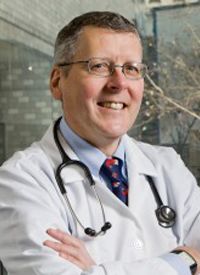 From April 2007 to April 2016, investigators in Belgium and the Netherlands enrolled women at 8 participating medical centers. Patients who had received 3 cycles of neoadjuvant chemotherapy with AUC 5 to 6 mg/mL of carboplatin and 175 mg/m2 of paclitaxel could register in the trial before surgery.

Randomization took place at the time of surgery when physicians expected to achieve complete or optimal cytoreduction, and patients were assigned to surgery alone (n = 123) or HIPEC (n = 122). The HIPEC protocol involved hyperthermic perfusion of the abdominal cavity with 100 mg/m2 of cisplatin. All patients received neoadjuvant chemotherapy.

Investigators included 122 patients in the surgery arm and 118 in the HIPEC arm in the safety analysis. More than 95% of the patients in each group had at least 1 adverse event (AE) of any grade from randomization to 6 weeks after completion of the last cycle of chemotherapy. There were no significant differences in the incidence of any-grade AEs observed between the 2 groups.

Thirty patients in the surgery group and 29 in the HIPEC group underwent bowel resection. Women in the HIPEC arm were more likely to require colostomy or ileostomy (72% vs 43%; P = .04).

Researchers observed no significant differences between the groups in health-related quality-of-life outcomes over time.

In an accompanying editorial, David R. Spriggs, MD, and Oliver Zivanovic, MD, both with Memorial Sloan Kettering Cancer Center, called the findings “a very important first step,” but not yet practice-changing.2

“Primary cytoreductive surgery for certain patients with ovarian cancer remains the preferred approach over neoadjuvant treatment, and administration of HIPEC at the time of interval cytoreductive surgery does not change that,” they wrote. “New confirmatory clinical investigations of HIPEC are needed to clarify some of the unanswered questions before HIPEC can become a common treatment strategy. These considerations will be important for clinical trial investigators as they focus on the positive effect of HIPEC as an intervention as compared with the effects of promising new agent combinations or immunotherapy treatments.”