The BTK inhibitor ibrutinib rapidly reduced serum immunoglobulin M levels and improved hematocrit levels in patients with relapsed or refractory WaldenstrÃ¶m's macroglobulinemia, and the responses to ibrutinib were durable.

A major response to ibrutinib was less likely in patients who harbored a WHIM-like mutation of CXCR4, present in about 30% of patients with WM, according to Treon, director, Bing Center for Waldenström’s Research and attending physician for medical oncology, Dana-Farber Cancer Institute and Brigham and Women’s Hospital.

Treon and colleagues initiated the prospective multicenter study after several discoveries in the laboratory. Whole genome sequencing had revealed MYD88 to be a highly prevalent somatic mutation in WM, and allele-specific polymerase chain reaction detected the presence of a MYD88 L265P mutation in persons with IgM monoclonal gammopathy, which suggested that this mutation was an early oncogenic event in WM pathogenesis.

As part of the study, 63 patients with relapsed/refractory WM received ibrutinib, 420 mg/day, orally for up to 2 years until progressive disease or unacceptable toxicity. Patients were treated with a median of two therapies prior to enrollment. At baseline, their mean hemoglobin level was 10.5 mg/dL and their mean serum IgM level was 3610. Bone marrow involvement was 70%, and 60.3% of patients had adenopathy. Anemia was overwhelmingly the most common reason for treatment initiation (87.3% of patients).

“In some of these patients, very little if any tumor reduction occurred. Despite that, they still had impressive gains in their hemoglobin as well as reductions in IgM, so it’s important to keep in mind that maybe alternative mechanisms aside from tumor-cell killing could also exist that benefit these patients,” he said.

Among patients who had baseline and cycle six CT scans, adenopathy improved in 67.7%.

At a median of nine cycles, 87.3% continued on treatment. Eight discontinued treatment, four for nonresponse or progressive disease.

Attainment of major responses was affected by mutations in CXCR4 but not MYD88 L265P.

View more from the 2013 ASH Meeting 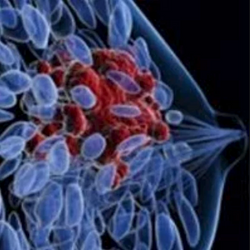 Dr. Matasar on the Efficacy of Copanlisib Plus Rituximab in Indolent NHL