In patients with relapsed mantle cell lymphoma, treatment with ibrutinib might mitigate a historical trend toward decreased progression-free survival with succeeding lines of therapy. 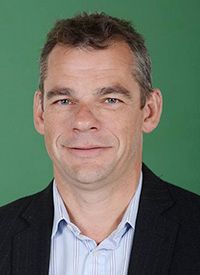 In patients with relapsed mantle cell lymphoma (MCL), treatment with ibrutinib (Imbruvica) might mitigated a historical trend toward decreased progression-free survival (PFS) with succeeding lines of therapy, according to long-term follow-up data from a prospective trial presented at the 2019 ASH Annual Meeting.

“This pooled analysis of ibrutinib in relapsed/refractory MCL with extended follow-up to 7.5 years indicates a late plateau in the PFS curve with a notable number of patients experiencing remissions greater than 5 years,” Simon Rule, MD, of Plymouth University Medical School in England, and colleagues concluded in a poster presentation. “Patients with only 1 prior line of therapy and those achieving a complete response continued to have the best outcomes with ibrutinib.”

Investigators reported updated pooled data from 3 clinical trials—SPARK (MCL2001; NCT01599949), RAY (MCL3001; NCT01646021), and PCYC-1104 (NCT01236391)&mdash;of ibrutinib in relapsed/refractory MCL. All patients enrolled (N = 370) in the 3 trials received ibrutinib 560 mg once daily until disease progression or development of unacceptable toxicities. Patients who continued to benefit at end of study could enroll in a long-term access study.

Patient age and number of prior lines of therapy did not significantly affect PFS with ibrutinib, although patients with a single prior line of therapy had the best PFS, along with those who attained a complete remission (CR).

“Ibrutinib represents a significant advance in MCL and should be considered standard of care in second line, regardless of a patient’s initial response to frontline therapy,” the authors added.

The study originated with the recognition that PFS in MCL declines with each successive line of chemoimmunotherapy, regardless of patient age.2 Additionally, patients who progress within 24 months of frontline treatment have a shorter PFS and overall survival (OS) than those who progress later.3 As a result, second-line therapies that reverse or mitigate the historical tends would fulfill an unmet need, the authors noted. Ibrutinib has an approved indication for relapsed/refractory MCL, and Rule and colleagues previously reported improved outcomes with earlier use of ibrutinib.4

Investigators defined PFS with the most recent prior regimen as the time from first dose of the regimen to the first dose of ibrutinib. They further defined disease progression on frontline therapy as occurring within 24 months (POD24) or later (POD≥24).

Median exposure to ibrutinib for all patients was 11.1 months. Almost a third of the patients continued treatment for at least 2 years, and half of that group remained on treatment for 4 years or more.

With follow-up for as long as 92 months (median 41), 11.9% of patients discontinued ibrutinib because of adverse events (AEs). The estimated 5-year OS for the entire cohort was 41%.

Among the 27% of patients whose PFS with ibrutinib was ≥1 year longer than with their prior regimen, 66% attained complete response, as compared with 14% of patients who did not have ≥1-year improvement in median PFS.

With additional follow-up, no late unexpected toxicity emerged in patients treated with ibrutinib. The most common grade ≥3 treatment-emergent AEs were neutropenia (17%), pneumonia (13.5%), and thrombocytopenia (12.4%). The most frequently reported serious AEs were pneumonia (13.2%), atrial fibrillation (5.7%), and dyspnea (4.3%). Secondary malignancies occurred in 11.4% of patients, primarily nonmelanoma skin cancer.