First-line ibrutinib plus prednisone did not improve response rates compared with placebo plus prednisone in patients with chronic graft-vs-host disease, failing to meet the primary end point of the phase 3 iNTEGRATE trial. 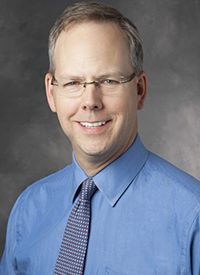 First-line ibrutinib (Imbruvica) plus prednisone did not improve response rates compared with placebo plus prednisone in patients with chronic graft-vs-host disease (cGVHD), failing to meet the primary end point of the phase 3 iNTEGRATE trial (NCT02959944), according to primary and final analyses of the study that were published in the Journal of Clinical Oncology.1

Patients ages 12 years and older were eligible for this trial if they had newly diagnosed, previously untreated moderate or severe cGVHD requiring systemic corticosteroid therapy. Patients were excluded if they had received prior systemic treatment for cGVHD, however, patients who had received other prophylaxis immunosuppressants or treatment for acute graft-vs-host disease were eligible.

A total of 193 patients were randomized 1:1 to receive ibrutinib at 420 mg once daily (n = 95) plus prednisone starting at 1 mg/kg once daily or placebo plus prednisone (n = 98). Ibrutinib or placebo was given until cGVHD progression, initiation of another systemic cGVHD treatment, relapse of an underlying malignancy, or unacceptable toxicity.

“This trial proved that it is feasible to conduct multi-institutional trials using the National Institutes of Health [NIH] consensus criteria for cGVHD, a disease that has many different presentations and in which severity and response to therapy isn’t easy to objectively measure. There are many lessons to be learned and used in the design of future trials and further refinements of NIH consensus criteria,” study author Mohammad Abu Zaid, MD, of the Melvin and Bren Simon Cancer Center at Indiana University in Indianapolis, concluded.