IK-175 was found to be well tolerated in patients with advanced solid tumors and to elicit responses in those with urothelial cancer when used alone or in combination with nivolumab, according to initial data from an ongoing phase 1a/b study. 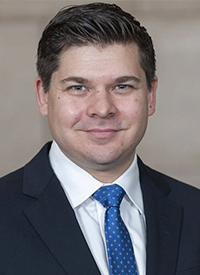 The selective, small molecule AHR inhibitor, IK-175 was found to be well tolerated in patients with advanced solid tumors and to elicit responses in those with urothelial cancer when used alone or in combination with nivolumab (Opdivo), according to initial data from an ongoing phase 1a/b study (NCT04200963).1

Moreover, in the dose-expansion cohort of patients with urothelial disease (n = 20), 1 patient who received the monotherapy (n = 10) and 2 patients who received the combination (n = 10) achieved a partial response. In these patients, the duration of response (DOR) ranged from 4.5 to 14.9 months.

“To our knowledge, IK-175-001 is the first clinical program to report data for a small molecule AHR antagonist in urothelial carcinoma patients who have progressed on prior checkpoint inhibition [CPI],” lead study author, David H. Aggen, MD, PhD, of Memorial Sloan Kettering Cancer Center, in New York, New York, and colleagues, wrote in a poster of the data presented during the 2022 SITC Annual Meeting.

A ligand-activated transcription factor that regulates activity of several innate and adaptive immune cells, AHR can bind to many immunosuppressive ligands such as kynurenine. AHR upregulates PD-1 and CD8-positive T cells; it also induces Treg cells and suppresses IFN, which results in immunosuppression and tumorigenesis.

It is known that patients with urothelial carcinomas have high levels of AHR-signaling activation. IK-175 elicits an activated T-cell state, interleukin-22 gene expression, and results in an increase in proinflammatory cytokines.

The early-phase trial is actively enrolling patients with locally advanced or metastatic solid tumors to the dose-escalation portion of the study, and those with unresectable, locally recurrent, or metastatic urothelial carcinoma who have exhausted standard-of-care options to the dose-expansion phase. Notably, the expansion cohorts were enriched to include those with urothelial carcinoma whose tumors express high levels of AHR per immunohistochemistry.

The dose-escalation portion utilized a mTPI2 design. Study participants received IK-175 at doses that ranged from 200 to 1200 mg once daily, 800 mg twice daily on the monotherapy arm, and 800 mg to 1200 mg once daily when used in combination with nivolumab, which was given at a dose of 480 mg once every 4 weeks. A Simon 2-stage design was used for the expansion cohort; this required at least 1 responder in the first stage of the research to proceed to the second stage.

A total of 42 patients received treatment on the trial. In these patients, the median age was 70 years (range, 28-83) and just under half (41.9%; n = 22)were female. Moreover, 25% of patients received 1 to 3 prior lines of therapy and 49% received 3 to 10 prior lines. Sixty-eight percent of patients previously received treatment with an antibody-drug conjugate. All participants experienced disease progression within 12 weeks of their last dose of any CPI, including those who were primary refractory or resistant to nivolumab.

No dose-limiting toxicities were observed, and the maximum tolerated dose was not reached at any of the doses explored in any treatment arm. Of note, 1200 mg once daily was selected for utilization in the expansion cohorts of patients with urothelial carcinoma.

Treatment-related AEs (TRAEs) occurred in 60.5% of patients, and these effects were grade 3 or higher in 16.3% of patients. Then most common TRAEs in the monotherapy arm were rash and nausea; in the combination arm, they were fatigue and dysgeusia. Moreover, serious AEs were experienced by 44.2% of patients; these effects were related to treatment in 2 patients. One patient in the monotherapy arm experienced grade 3 generalized weakness and 1 patient in the combination arm had grade 3 immune-related arthritis.

“Stage 2 of dose expansion in both treatment arms continue to enroll,” the study authors concluded.