Omid Hamid, MD, highlights the importance of evaluating PRAME×CD3 Immune-mobilizing T cell receptor against cancer for melanoma treatment, the key benefits provided to patients through improved disease control and circulating tumor DNA reduction, and the safety profile of the therapy. 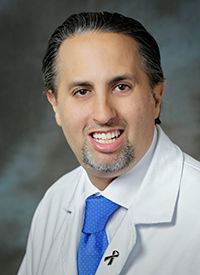 Results from a first-in-humanphase 1 trial (NCT04262466) evaluating the efficacy and safety of IMC-F106C in patients with PRAME-positive metastatic/unresectable tumors showed a significant clinical benefit with the first PRAME×CD3 ImmTAC therapy, and could specifically fulfill unmet needs for patients with melanoma, according to Omid Hamid, MD.

The findings, which were presented during the ESMO Congress 2022, showed that 7 of 31 patients across malignancies who received IMC-F106C produced a partial response (PR) lasting up to 9 months, while 90% of patients (n = 18) experienced a reduction in ctDNA across multiple tumor types. Thirteen patients (65%) had a 50% reduction in ctDNA.

Specifically, 3 PRs were observed in patients with tebentafusp-naïve uveal melanoma and 2 PRs were seen in those with cutaneous melanoma.

“There [are] access issues, performance status issues, organ-specific issues, and [problems with] cardiac function and lung function that exclude [patients] from [adoptive T-cell therapies],” Hamid said in an interview with OncLive® during the congress. “[Not only] is this [drug] a T-cell directed therapy, the [only] major toxicities we saw were lab abnormalities, and they [did not] cause anyone to [discontinue] therapy.”

Hamid is chief of translational research and immuno-oncology, and co-director of cutaneous malignancies at The Angeles Clinic and Research Institute, Cedars-Sinai Medical.

In the interview, Hamid highlighted key points from the trial, including the importance of evaluating PRAME×CD3 Immune-mobilizing T cell receptor against cancer (ImmTAC®) for melanoma treatment, the key benefits provided to patients through improved disease control and circulating tumor (ct)DNA reduction, and the safety profile of the personalized therapy.

OncLive®: What was the rationale for evaluating a PRAME×CD3 ImmTAC®in patients with melanoma in this phase 1 dose-escalation study?

Hamid: This type of therapy was investigated [because] we found that traditional immunotherapy—checkpoint inhibitors—doesn't help 100% of patients. The whole idea behind ImmTACs®, which is a T-cell receptor-driven therapy with CD3 engagers, is that our intra- and extra-cellular [cancer] proteins can be broken down and presented as peptides through [HLA-A*02] on tumor surfaces, [which] T-cell receptors can target. If we bridge that with a CD3 engager, [we] can bring the T cells into the tumor microenvironment. That gives us the ability to utilize our immune system in a different way.

[There is] proof of principle that this works with a drug called tebentafusp-tebn [Kimmtrak] for [patients with] ocular melanoma. This tumor [type] has historically been [characterized] as an “immune desert”, which means that no immunotherapy had shown efficacy [in treating patientd with melanoma]. [In] utilizing this type of [T-cell] therapy, we [demonstrated] a multitude of things, [including an] overall survival advantage and an immune active environment. [Furthermore, we have] shown that these ImmTACs®can be combined with anti–PD-1 therapies, anti–CTLA-4 therapies, and even [be incorporated as part of a triplet regimen].

This is a trial with an ImmTAC®that targets PRAME, the most common cancer-testis antigen expressed [in several tumor types]. Its highest expression [is observed in patients with] melanoma, uveal melanoma, endometrial carcinoma, lung cancer, and ovarian [cancer]. These cancers are immune active, and some of them have low response rates. [Besides IMC-F106C], we have yet to [find] another therapy [that has] a broad range, is tolerable, can be [administered] in an outpatient [setting], and is available off the shelf.

What is important to note about the patient population in this study?

What were the key results from the study?

What we showed here is that [ImmTACs®have the] ability to benefit these patients [through] disease [control]. We [observed] deep, rapid, and durable responses in patients, just as we see with other checkpoint inhibitors. We [also] saw that durable tumor response or disease [stabilization] benefits our patients long term. A host of patients who did not have a traditional response, but [did have] a long-term stable disease, benefit in that fashion.

[Additionally, these findings gave us a preliminary] understanding of frame expression as an indicator of [which patients] will have better responses [to T-cell therapy], and [emphasized the role of] ctDNA in the context of multiple solid tumors, including melanoma.

We saw a benefit in patients with cutaneous and uveal [cancer] who had decreases in ctDNA, and a significant proportion cleared their DNA. Despite the fact that we didn't see [a] PR in patients with lung cancer, all of [them] had a greater than 50% decrement in ctDNA, which [caused] us to reevaluate how we understand benefit from this type of therapy.

What should physicians know about the safety profile of IMC-F106C?

[The most observed AE] in this [drug] class was CRS, [followed by] low blood pressure, fevers, chills, etc. Most of these instances were grade 1 and 2. [Overall, there was] no treatment-related discontinuation nor grade 5 toxicity [originating] from this therapy. [As a result], IMC-F106C is now one of the most tolerable ImmTACs®out there. Clearly [there are] interesting data that set a [new] paradigm for T-cell therapy that can be part of its therapeutic regimen.

What next steps are planned for this research?

This trial is still accruing for expansion cohorts, and is going to accrue in combination cohorts [in order to study] what [IMC-F106C] can do when combined with anti–PD-1 or traditional chemotherapy. Interestingly, early data that lend itself to multiple solid tumors, including lung, ovarian, melanoma, etc., and the ability to combine with a manageable toxicity profile.

What are the main takeaway from this study?

We have expanded the toolbox for patients who are seeking immunotherapy or immune active therapy beyond just checkpoint inhibitors [with] adoptive T-cell regimens [like] ImmTAC®and T-cell directed therapeutics.

Not only have we shown that these therapies exist, and [that] they have a legitimate [place] in the immunotherapy toolbox, [we have also shown] that they can be combined. As an investigator, that gives me hope that we can solve some of these issues with primary refractoriness and low response rate. [I also hope] that we can bring something to market that is valuable for almost all the patients who walk through our doors.