Immunotherapy for Breast Cancer: What's New and What's on the Horizon?

Immunotherapy may finally be taking center stage in breast cancer, although much work remains to be done.

Immunotherapy may finally be taking center stage in breast cancer, although much work remains to be done. That’s the message that Rita Nanda, MD, told the audience at the 2019 Lynn Sage Breast Cancer Symposium.1

Nanda, director of the breast oncology program at the University of Chicago, began by reviewing the modest response rates checkpoint inhibitors have achieved as monotherapy in breast cancer. The objective response rate (ORR) ranged from a high of 23% in triple-negative breast cancer (TNBC) patients with pembrolizumab (Keytruda) to 10% in that population with atezolizumab (Tecentriq), and about 5% in all subtypes with avelumab (Bavencio), she said.

“In terms of monotherapy, ORR for metastatic TNBC, for patients who get a frontline checkpoint inhibitor, the response rates are around 25%, but ORR drops to around 5% in the second-line-plus setting,” Nanda said. “What we’ve learned from some of the initial studies is that line of therapy matters.”

Noting that the frontline ORR is comparable to that obtained via chemotherapy, Nanda added that responses are more durable with atezolizumab or pembrolizumab when stratified by PD-L1 status. Additionally, higher ORR and overall survival (OS) are seen in patients with higher tumor infiltrating lymphocyte (TILs) who receive atezolizumab monotherapy, she said.

Moving on to combined regimens, Nanda offered a rationale for combining checkpoint inhibitors with chemotherapy. “Priming of T cells requires antigen presentation by dendritic cells and not all mechanisms of cell death are the same,” she said. “Apoptosis is immunologically silent and immunogenic cell death facilitates antigen uptake by dendritic cells and chemo induces lymphodepletion.”

That led to Nanda’s discussion of IMpassion130, which compared nab-paclitaxel (Abraxane) with and without atezolizumab in a randomized double-blind trial of TNBC patients with metastatic or locally advanced, inoperable disease.2 Patients were stratified by prior taxane use, the presence or absence of liver metastases, and PD-L1 status (positive [≥ 1%] vs negative [<1%]). The coprimary endpoints were progression-free survival (PFS) and OS in the intention-to-treat and PD-L1—positive populations. The investigators also evaluated ORR and duration of response as secondary efficacy endpoints.

Currently, the atezolizumab/nab-paclitaxel combination is approved by the FDA for the frontline treatment of patients with PD-L1—positive metastatic TNBC. “PD-L1 is not a perfect biomarker and the current testing has challenges, which is why clinicians should only use the Ventana SP142 assay,” Nanda said.

Nanda also discussed the potential of MEK inhibitors in TNBC. Since the MEK pathway is active in TNBC, activation suppresses inflammatory responses to T cells, including reduced antigen presentation and decreased PD-L1 expression. “Combining a MEK inhibitor with anti-PD-1/PD-L1 agents may improve antigen presentation and blocking PD-L1—mediated suppression,” she said.

One such trial exploring this strategy was the phase II COLET study, which explored the combination of atezolizumab plus the MEK inhibitor cobimetinib (Cotellic) plus either paclitaxel or nab-paclitaxel as first-line treatment in advanced TNBC.4 COLET’s primary endpoint was ORR.

Nanda summed up her wide-ranging presentation by noting that exciting new treatment approaches for TNBC abound. “We’re seeing that everything can be combined with immunotherapy,” she said. “We’re also learning that moving treatment to the early stage setting is critical.”

Dr. Bardia on Efficacy With Atezolizumab Combos in Metastatic TNBC 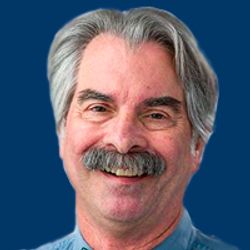 Dr. Wei on the Efficacy of Trastuzumab Deruxtecan in HER2+ Metastatic Breast Cancer
x