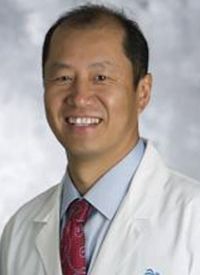 After nearly 4 decades of stagnation, the advent of immunotherapy has transformed the frontline treatment paradigm for patients with extensive-stage small cell lung cancer (ES-SCLC). However, biomarkers are needed to better inform which patients are most likely to respond to checkpoint inhibitors, said Jason Niu, MD, PhD.

"We have tried many different [strategies] to improve platinum/etoposide therapy, which was standard for at least 30 years, including adding paclitaxel or ifosfamide," said Niu. "The bottom line was that we had over 40 failed trials. It was quite a deflating experience and it was frustrating for medical oncologists who treat [patients with] this disease."

Secondly, the FDA granted a priority review designation in December 2019 to the PD-L1 inhibitor durvalumab (Imfinzi) in combination with chemotherapy, also for the frontline treatment of patients with ES-SCLC. The designation was based on a 27% reduction in the risk of death with the chemoimmunotherapy combination versus chemotherapy alone demonstrated in the phase III CASPIAN trial (HR, 0.73; 95% CI, 0.591-0.909; P = .0047).3

Beyond immunotherapy, the FDA granted a priority review designation to a new drug application for lurbinectedin as a treatment for patients with SCLC who have progressed following platinum-containing therapy.

In an interview during the 2020 OncLive® State of the Science Summit™ on Lung Cancer, Niu, a thoracic oncologist and director of the Lung Cancer Program at the Banner MD Anderson Cancer Center, discussed the evolution in the treatment paradigm for patients with ES-SCLC.

OncLive: What agents are influencing frontline treatment decisions for patients with ES-SCLC?

Niu: Both the IMpower133 and CASPIAN trials used a similar [design and approach], by essentially giving patients with ES-SCLC concurrent chemoimmunotherapy. Both studies showed survival benefits with their respective combinations.

Essentially, these [combinations] are game-changers that have transformed how we treat patients with ES-SCLC. We have a new standard of care.

Based on findings from the IMpower133 study, atezolizumab [in combination with chemotherapy] was approved by the FDA in March 2019. Durvalumab [plus chemotherapy] has not yet received approval, but it has been recommended in the National Comprehensive Cancer Network (NCCN) guidelines. We can use it in the frontline setting.

The introduction of immunotherapy in the frontline setting has changed how we treat patients with ES-SCLC who fail first-line therapy.

Both pembrolizumab (Keytruda) and the combination of nivolumab (Opdivo) and ipilimumab (Yervoy) have been adopted by NCCN guidelines to be used as a second-line treatment for patients with ES-SCLC.

There is also a new chemotherapy compound called lurbinectedin, which is very well tolerated, has a great response rate, and [encouraging] OS. We are awaiting FDA approval, but I suspect this agent will become available to treat our patients.

Could you expand on the IMpower133 and CASPIAN trials?

[Prior to the IMpower133 trial], the median OS for patients with ES-SCLC was historically about 10 months. IMpower133 was the first time, in the past 4 decades, where there was an increase in OS for these patients. Now, most thoracic oncologists have been using atezolizumab [and chemotherapy] for about 1 year.

The IMpower133 data were transformative, but it is a “baby step,” because the OS was not that impressive, and the follow-up has been short.

We can see the benefit was largely driven by the fraction of patients who truly benefit from immunotherapy. With longer follow-up, I suspect we will see long-term survival from this aggressive disease.

What other therapeutic options do patients with SCLC have?

Other than platinum/etoposide, data from a Japanese trial were published in 2020 looking at platinum plus irinotecan. Initially, we were excited because it was a positive trial. However, in the United States, the study results could not be duplicated in 2 large phase III trials.

As a result, platinum/etoposide remain the frontline therapy in the United States and Europe. In Asian countries, carboplatin/irinotecan is a reasonable alternative to treat patients.

Other than immunotherapy, I am not aware of any other standard therapies. The field is essentially moving toward immunotherapy with the standard chemotherapy backbone.

What developments have been made regarding maintenance therapy in this space?

There was a negative phase II study of maintenance pembrolizumab. Patients who responded to first-line platinum/etoposide were given pembrolizumab, but [it did not appear to improve median progression-free survival].

The ongoing, phase III CheckMate-451 study has a similar maintenance approach. In the study, patients who responded to first-line therapy are randomized to receive either nivolumab, nivolumab plus ipilimumab, or placebo. I am interested to see what that study will show. If the study is positive, it would offer us a different approach to treat patients with ES-SCLC.

What challenges remain in the frontline setting?

Neither the IMpower133 nor the CASPIAN study identified a clinically usable biomarker. As a result, we are treating all-comers [with immunotherapy]. As a clinician, I believe is important to identify biomarkers so we can identify a specific subpopulation of patients who may benefit from immunotherapy.

In the second-line setting, what developments have been made with lurbinectedin?

A phase I/Ib study looked at lurbinectedin alone and in combination with doxorubicin, and results showed a synergistic effect between the combined agents. As a result, a phase II basket trial enrolling patients with ovarian cancer, breast cancer, and SCLC was conducted. The results of the SCLC cohort were presented at the 2019 ASCO Annual Meeting.

This agent is well tolerated. We mainly see hematologic toxicities, which are manageable from a medical oncology standpoint. As such, I fully expect this agent to be approved soon.

Regarding future directions, could targeting the VEGF pathway in combination with immunotherapy may improve responses?

We are moving in that direction. In renal cell carcinoma, the combinations of pembrolizumab/axitinib (Inlyta) and avelumab (Bavencio)/axitinib has been approved by the FDA and will be widely implemented as first-line therapy. Subsequently, lenvatinib (Lenvima), which targets VEGF, has been approved to treat patients with endometrial cancer. In hepatocellular carcinoma, bevacizumab (Avastin) plus atezolizumab demonstrated efficacy.

In the lung cancer space, we have a few ongoing trials. One small study saw intriguing results with the combination of ramucirumab (Cyramza) plus immunotherapy.

Based on the IMpower133 and CASPIAN studies, I suspect all patients will receive immunotherapy in the frontline setting, at least in the United States. However, that poses our biggest challenge of what are we going to offer in terms of immunotherapy for patients who progress in the first-line setting. In that setting, it makes sense to use some combination of immunotherapy plus an anti-VEGF agent. 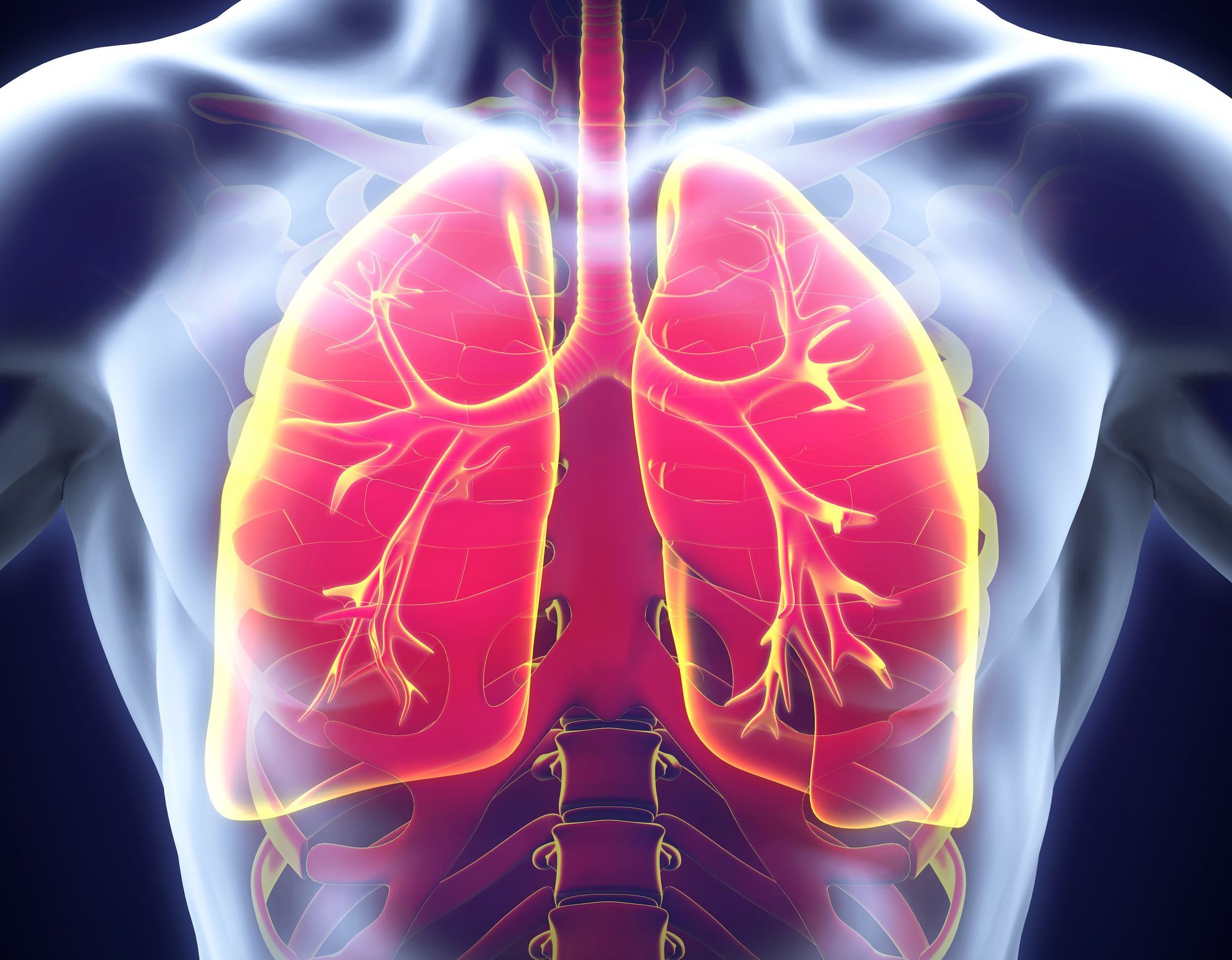 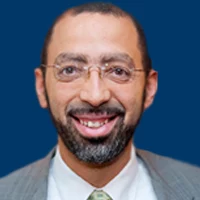