Che-Kai Tsao, MD, discusses the current unmet needs in adjuvant therapy for patients with renal cell carcinoma and how current research is addressing such challenges. 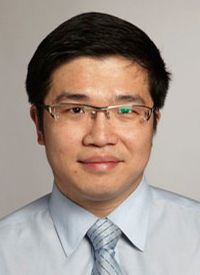 “Adjuvant therapy in patients with RCC is a large unmet need in kidney cancer treatment. For many years, we've done really well in patients with localized disease,” said Tsao. “We're doing much better in terms of treating patients with metastatic disease; however, in this middle area where patients are at high risk for recurrence, we have not had much development to improve outcomes.”

In an interview with OncLive®, Tsao, a medical oncologist at Mount Sinai Health, discussed the current unmet needs in adjuvant therapy for patients with RCC and how current research is addressing such challenges.

OncLive: How is treatment for patients with RCC stage dependent?

Tsao: Like all cancers, staging is used generally to characterize the extent of the disease. Particularly in solid tumors like kidney cancer, the extent of the disease has to do with whether we could cure some patients with surgery or other modalities, and in some patients to predict whether they're going to recur over time or not. In this disease, it is really important to find out about a patient's diagnosis upfront in earlier stages, when we have a much better chance of curing those patients and achieving better outcomes. When we diagnose patients with metastatic disease, unfortunately, the majority of those patients won't be cured, and the outcomes won't be as good.

How can outcomes in regional disease be improved?

Overall, there are 3 areas we should think about when improving outcomes in regional disease. First is how can we better characterize the disease? We really need to understand who we should treat and who we shouldn't treat. Some of the strategies can include better imaging and potentially the use of biomarkers, which is not currently a standard. That is something that we are investigating and trying to achieve. We could also think about using some of the prediction models that currently exist to really understand whose patients recur or not, because only by doing can we better understand who to treat with adjuvant therapy, and who not to treat with adjuvant therapy.

The second strategy would be to think about whether we could perform better surgery. Now, routine lymph node dissection in patients with regional disease is not considered a standard. However, there are studies that show performing a lymph node dissection gives a better understanding of whether patients truly have disease in their lymph nodes. That could help us understand who is at a higher risk for recurrence.

Third, it has to do with effective systemic therapy. The treatment landscape is now changing and we have a lot of very exciting combination therapies, both in immunotherapy as well as a targeted therapy. We want to see those results in metastatic disease that have been very effective translate into early disease, potentially by using them in the adjuvant setting. We're hoping to achieve better outcomes for patients.

Why is it important to perform clinical staging?

The current standard of care according to the National Comprehensive Cancer Network guidelines for staging patients with a renal mass includes the use of a CAT scan and MRI of the abdomen and pelvis. Using contrast enhanced methods, we could understand whether these primary lesions are enhancing or not. In fact, kidney cancers and kidney tumors are one of those cancers that we do not routinely biopsy before doing a surgery because they have very characteristic patterns when we do these contrast enhanced studies.

However, when you look at the guidelines, the use of a CAT scan of the chest is not considered standard. Often, patients will just get a chest X ray. We recently did a study looking at patients in clinical trials over the last 20 years and a large number of patients present when they have metastatic disease with lung metastases and bone metastases, 2 of the places where we don't do a good job of screening patients, whether they have disease in these distant sites. The potential use of FDG-PET or 18F-FDG PET can help us increase the sensitivity and detect those patients who may have this disease. A lot of times, FDG-PET or 18F-FDG PET also guide the decision whether to perform a lymph node dissection.

How are predictive models used for patient selection?

Some of the more common predictive models that we use include the MSKCC nomogram, as well as the Union for International Cancer Control, which I use a lot. We all use the TNM staging. Typically, in clinical trials, we use these methods to select patients at risk for recurrence; however, to date, these predictive models all have flaws and lack prospective validation. Even though we use them as references, they have their limitations.

How are biomarkers currently being used in RCC?

One of the challenges about using biomarkers is the ability to detect cancer because some patients with high risk for recurrence have micrometastatic disease where, radiographically, you cannot detect them. The ability to detect these micrometastatic disease in a real time setting will be key for us to select patients at the highest risk for recurrence. We were a part of the Circulating Cell-free Genome Atlas study, where 15,000 patients were consented, some with cancer and some without cancer.

If they were patients with cancer, their tumors were collected and they were followed over 5 years. The really exciting part about this study is the ability to do a blood test to potentially discover whether they have cancer or not in the real-time setting. In the future, imagine having a test where you do a scan on the patient and combine that with a blood test. The ability to do that together increases the sensitivity of detection and the potential to discover cancer even though the patient may not have radiographically apparent disease. That is really important and may potentially, in the future, help us select the patients that are at highest risk for recurrence and treat them accordingly.

How does lymph node dissection help patient selection for those at highest risk of recurrence?

There are 2 things important points to pull from that study. One is that the patients who had the lymph node dissection did not have increased complication rates, which is really important. Second, over the last few years, there have been a number of studies looking at the utility of a lymph node dissection. While the therapeutic effects are in question, the ability to understand where the patient truly has lymph node involvement is not in question. Doing or thinking about doing dissections can give us more diagnostic information to better select patients for adjuvant studies.

How can systemic therapy be improved?

The S-TRAC study, which was published a few years ago, randomized patients with T3 and T4 in 1 disease to sunitinib (Sutent) versus placebo for 1 year. In this small, randomized phase III study, the primary endpoint was the disease-free survival (DFS). It reached its primary endpoint with a 24% risk reduction in DFS, and at 5 years, there is an 8% reduction in DFS. To a lot of people, 8% potentially means a better chance for cure. For others, it means relative benefit, but approximately 50% of the patients who took sunitinib for a year had a grade ≥3 adverse events (AEs). A good number of patients had to discontinue the drug based on the AEs.

Even though [sunitinib] is the only FDA standard treatment at this time for adjuvant therapy in stage III RCC, it has not become the standard of care for a lot of doctors and patients alike. In that setting, we now have a number of systemic therapies that are available in stage IV disease that are superior to sunitinib, both in terms of efficacy and tolerability.

The CheckMate-214 study randomized patients to ipilimumab/nivolumab versus sunitinib. In that study, the patient-reported quality of life favored patients who got the combination ipilimumab/nivolumab therapy. Combining the effectiveness and tolerability, we are really excited to see whether these variable efficacy results and tolerability results will translate into adjuvant disease.

What are some key ongoing trials?

There were 2 separate randomized phase III trials looking at the use of 1-year therapy of either pembrolizumab (Keytruda) or atezolizumab (Tecentriq) versus placebo. These studies have finished accrual. Currently, we have the CheckMate-914 study, which looks at patients with high-risk clear cell RCC status post-nephrectomy who are randomized to ipilimumab plus nivolumab versus placebo for 6 months. This combination has been shown to be superior, both in efficacy as well as tolerability, in stage IV disease compared to sunitinib. If this study is positive, we expect ipilimumab plus nivolumab to become the standard of care.