The use of an individualized starting dose of niraparib led to a trend toward improved overall survival as maintenance therapy vs placebo in Chinese patients with platinum-sensitive, recurrent ovarian cancer regardless of germline BRCA mutation status, according to data from the phase 3 NORA trial. 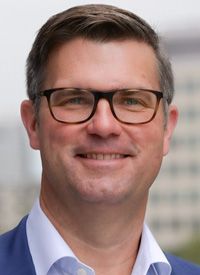 The use of an individualized starting dose (ISD) of niraparib (Zejula) led to a trend toward improved overall survival (OS) as maintenance therapy compared with placebo in Chinese patients with platinum-sensitive, recurrent ovarian cancer regardless of germline BRCA mutation status, according to interim survival data from the phase 3 NORA trial (NCT03705156) that were presented at the 2022 ESMO Virtual Plenary.1

Investigators did not identify any new safety signals with the long-term follow-up. The final prespecified OS analysis of the trial is expected in 2023.

The results were particularly noteworthy because 43% (n = 38/88) of patients in the placebo arm went on to receive at least 1 dose of a PARP inhibitor after progression.

“We are proud to present this new interim OS data analysis from the NORA study for Chinese patients at ESMO, as it adds to the already existing body of evidence from the study to support the clinical profile of ZEJULA as a second-line maintenance therapy for ovarian cancer regardless of biomarker status,” Josh Smiley, chief operating officer of Zai Lab, said in a press release.

“As one of the most commonly diagnosed gynecologic cancers in China, we are committed to address the urgent need for effective treatment options in ovarian cancer care for patients in China. ZEJULA is well positioned in China as the only PARP inhibitor approved as maintenance monotherapy for patients in both first-line and recurrent settings regardless of biomarker status.”

To be eligible for enrollment in NORA, patients had to be women at least 18 years of age with high-grade serous or dominantly high-grade serous ovarian cancer and have received two lines of platinum-containing chemotherapy.2 Complete or partial response to frontline chemotherapy was required, as were 4 cycles of carboplatin, cisplatin, or nedaplatin in the second-line setting.

Investigators randomly assigned 265 patients with platinum-sensitive recurrent ovarian cancer were to niraparib or placebo as maintenance therapy until disease progression.

The study was originally designed to evaluate 300 mg of oral niraparib once daily. After the first 16 patients were treated with the fixed starting dose, the protocol was revised to use an ISD based on the retrospective analysis from the NOVA trial showing improved safety and comparable efficacy with the ISD.

The median follow-up time for interim OS analysis in the niraparib and placebo arm was 45.7 and 44.5 months, respectively.