Conference | PER® International Symposium on Ovarian Cancer and Other Gynecologic Malignancies

Strategies with PARP inhibitors in ovarian cancer should focus on combination strategies to more effectively treat a heterogeneous patient population.

Strategies with PARP inhibitors in ovarian cancer should revolve around combining this class of agents with chemotherapy, checkpoint inhibitors, and DNA damage&shy;&shy;—repair targets to more effectively treat a heterogeneous patient population in the up-front and recurrent settings, explained Susana M. Campos, MD, MPH, in a virtual presentation during the 11th Annual International Symposium on Ovarian Cancer and Other Gynecologic Malignancies™.1

“Even though we have trials with different stratifications, eligibility, and designs, we certainly have a heterogenous patient population,” said Campos, an institute physician of Dana-Farber Cancer Institute and assistant professor of medicine of Harvard Medical School. “We are starting to see more and more patients with recurrent ovarian cancer, we’re treating them much more aggressively in the up-front setting, and we have to face PARP [inhibitor] resistance in the future. Some of these trials, not only [with] antiangiogenic agents, but immunotherapy, or some of these DNA damage—repair targets, are going to be incredibly important going forward. At the end of the day, what we have to quite remember is that we craft care to each and every one patient.”

In the up-front settings, the use of PARP inhibitors is designed to improve progression-free survival (PFS), objective response rates (ORRs), and overall survival (OS). In the recurrent space, the goal of using this type of therapy is to improve efficacy, overcome resistance, improve immunogenic response, target multiple oncogenic pathways, and provide options for all patients with ovarian cancer, regardless of their homologous recombination deficiency (HRD) status, Campos explained.

Nevertheless, the next steps of combining PARP inhibitors with a multitude of other agents, in an effort to improve on these goals, are garnering excitement in the landscape.

The combination of the PARP inhibitor olaparib (Lynparza) and the angiogenesis inhibitor bevacizumab (Avastin) has been explored in the frontline maintenance setting for patients with advanced ovarian cancer who are in complete or partial response (PR) to first-line platinum-based chemotherapy with bevacizumab.

In the double-blind, placebo-controlled, phase 3 PAOLA-1 trial, patients with newly diagnosed, advanced, FIGO stage III to IV, high-grade, serous or endometroid ovarian, fallopian tube, or peritoneal cancer who had a CR or PR to frontline platinum-based chemotherapy and bevacizumab, regardless of genetic biomarker status or their outcome to prior surgery, were randomized 2:1 to receive olaparib in combination with bevacizumab (n = 537) or bevacizumab with placebo (n = 269) as a first-line maintenance treatment.

Results also showed that the benefit with olaparib was most pronounced in patients with tumors positive for HRD, which included tumors with BRCA mutations (HR, 0.33; 95% CI, 0.25-0.45). In this subgroup, the median PFS was 37.2 months and 17.7 months with the olaparib combination and bevacizumab alone, respectively.

Based on the PAOLA-1 data, the FDA granted a priority review designation to a supplemental new drug application for the combination of olaparib and bevacizumab for the maintenance treatment of patients with advanced ovarian cancer who are in CR or PR to first-line platinum-based chemotherapy with bevacizumab. The FDA is expected to make a decision on the application in the second quarter of 2020.

“Understanding the data that was put forth by the SOLO-1 trial, what is the contribution of bevacizumab to olaparib in this particular study?” Campos asked of the PAOLA-1 findings. “The PAOLA-1 study did not have an olaparib-only arm. This draws us into the equation, and question, of: What patient population is this combination most appropriate for? I bring myself back to, ‘Who would I have put bevacizumab on? What are the data that surround GOG-218 or ICON7?’”

Results showed that the arm of veliparib plus carboplatin/paclitaxel followed by maintenance veliparib led to a 32% reduction in the risk of progression or death versus placebo/chemotherapy with placebo maintenance in the intent-to-treat (ITT) population.3 The median PFS was 23.5 months compared with 17.3 months in the placebo arm (HR, 0.68; 95% CI, 0.56-0.83; P <.001).

“How do we interpret the VELIA data? It did show a clinically significant improvement of chemotherapy plus the PARP inhibitor followed by the PARP inhibitor,” said Campos. “It draws some questions in terms of the second arm. If you combine chemotherapy with a PARP inhibitor, do you actually just add toxicity, and can you, at that point in time, abbreviate the backbone of that therapy, which is carboplatin/paclitaxel? We have many different patients; [the combinations in PAOLA-1 and VELIA] may have utility in a particular patient group.”

Combination strategies utilizing PARP inhibition are also being evaluated in the recurrent setting of both patients with platinum-sensitive and platinum-resistant disease. While Campos explained there can be challenges to combining PARP with other agents, such as dose-limiting toxicities, she added there are also opportunities to overcome PARP inhibitor—resistance mechanisms and enhance tumor mutational load and immunogenicity.

Some of these studies, which include PARP inhibitors plus antiangiogenic agents, immunotherapy, or chemotherapy, have already reported data showcasing their efficacy, while others are expected to read out in the near future.

For example, olaparib plus the investigational antiangiogenic agent cediranib was explored in a small phase 2 trial (NCT01116648) of 90 patients with platinum-sensitive, relapsed, high-grade serous or endometrioid ovarian, fallopian tube, or primary peritoneal cancer, as well as other histologies with deleterious germline BRCA1/2 mutations. Updated findings showed that, in the ITT population, the median PFS was 16.5 months and 8.2 months with the combination and olaparib alone, respectively (HR, 0.50; 95% CI, 0.30-0.83; P = .007).4 The median OS was also improved with the combination, at 44.2 months versus 33.3 months with olaparib alone (HR, 0.64; 95% CI, 0.36-1.11; P = .11).

"Both of these studies [olaparib/cediranib and AVANOVA] really have paved the way for looking at the combination of antiangiogenic therapies and a PARP inhibitor," said Campos.

Ongoing trials continue to explore these 2 types of agents, such as the phase 3 ICON9 study (NCT03278717), which is testing maintenance olaparib and cediranib compared with olaparib alone in patients with relapsed, platinum-sensitive ovarian, fallopian tube, or peritoneal cancer.

Additionally, the phase 3 NRG-GY004 (NCT02446600) is looking at olaparib alone or in combination with cediranib versus platinum-based chemotherapy in patients with platinum-sensitive relapsed ovarian cancer. However, in March 2020, a press released noted that the combination of cediranib plus olaparib did not lead to a statistically significant improvement in PFS versus platinum-based chemotherapy in these patients.6

While, historically, response rates and PFS with single-agent immunotherapy in ovarian cancer has been “less than exciting,” said Campos, intriguing research has demonstrated synergy when PD-1/PD-L1 inhibitors are partnered with PARP inhibitors.

Smaller studies have shown preliminary efficacy with these types of regimens in different ovarian cancer populations. In the phase 2 MEDIOLA trial, for example, durvalumab (Imfinzi) plus olaparib led to a 71.9% objective response rate in a germline BRCA-mutant, platinum-sensitive population (n = 35).7 Yet the phase 1/2 TOPACIO trial (n = 60) of pembrolizumab (Keytruda) and niraparib had a more modest ORR at 25%, with a median duration of response of 9.3 months.8 Another small trial of durvalumab plus olaparib (n = 35) showed that the combination had a modest ORR in a mostly platinum-resistant recurrent ovarian cancer population.9

But beyond doublet regimens, researchers are also beginning to evaluate triplet therapies with all 3 classes of agents, as seen in the phase 2 OPAL study (NCT03574779) with niraparib, TSR-042, and bevacizumab in patients with recurrent, platinum-resistant, ovarian, fallopian tube, or peritoneal cancer.

There has been a “tremendous amount of interest” in looking at other emerging combinations in terms of DNA damage repair targets and other agents, Campos explained, citing Wee-1, PI3K/Akt/mTOR, ATR, Chk1, and MEK as all targets being explored in a number of clinical trials.

For example, the Wee-1 inhibitor adavosertib (AZD 1775) is being explored with and without olaparib in the phase 2 EFFORT trial (NCT03579316) of patients with recurrent ovarian, primary peritoneal, or fallopian tube Cancer. Activated Wee-1, phosphorylates CDK1, Campos said, and therefore results in G2-M arrest.

Additionally, the MEK inhibitor selumetinib (Koselugo) is also being combined with olaparib in a phase 1 trial (NCT03162627) of patients with recurrent solid tumors, including ovarian cancer. The addition of MEK inhibitors to PARP could decrease homologous recombination repair gene expression, she said.

“In a very short period of time, there is a tremendous amount of work,” Campos concluded. “The landscape is expanding; it’s a moving target.” 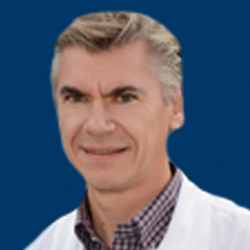 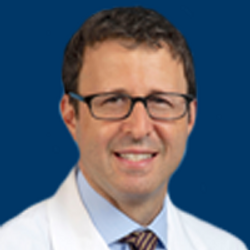