Rana M. McKay, MD, and Yousef Zakharia, MD, debate the pros and cons of doublet vs triplet combination therapies in the frontline setting for patients with renal cell carcinoma. 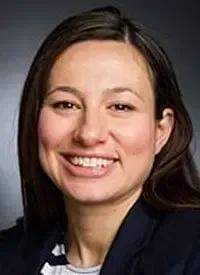 Although doublet immune-oncology (IO) regimens are the standard of care in the frontline treatment of renal cell carcinoma (RCC), triplet immunotherapy has shown to be effective in the first-line setting for patients, leading to a debate of whether triplet regimens increase efficacy or decrease safety and tolerability.

During a debate at the 2022 International Kidney Cancer Symposium, Yousef Zakharia, MD, a medical oncologist and clinical associate professor of internal medicine-hematology, oncology, and blood and marrow transplantation in the Department of Internal Medicine at University of Iowa Health Care, gave a presentation favoring doublet IO for first-line RCC. In opposition, Rana M. McKay, MD, a medical oncologist, and associate clinical professor of medicine at UC San Diego Health, presented a case in favor of triplet IO.1

According to Zakharia, doublet combinations are the golden standard in first-line RCC, but a case can be made for triplet therapy in select subgroups. Patients who may benefit from a triplet regimen upfront are those with intermediate-/poor-risk RCC, and those with sarcomatoid features.

“Whether IO/IO or IO/TKI, doublets remain the standard of care in first-line setting. Triplet combinations, even if [they] becomes FDA approved, I would like to have very careful conversations with my patients. We would like to see more survival data and I'm hopeful for the future, we will be discussing more biomarker-driven arguments,” said Zakharia, during his presentation.

Multiple clinical trials have shown that combining multiple IO agents or combining IO agents with tyrosine kinase inhibitors (TKIs) provide good survival and responses in first-line RCC. In comparison with the use of single-agent pembrolizumab (Keytruda) as studied in KEYNOTE-427 (NCT02853344), in CheckMate-214 (NCT02231749), KEYNOTE-426 (NCT02853331), and CHECKMATE-9ER (NCT03141177), and CLEAR (NCT02811861), the median progression-free survival (PFS) with doublet therapy ranged from 11.6 months to 17.5 months vs 6.9 months with single-agent pembrolizumab. Zakharia’s argument in favor of doublet therapy was supported by results from CheckMate-214.

Ninety-three percent of patients who received the IO doublet experienced treatment-related adverse events (TRAEs) vs 97% of the sunitinib arm, and the TRAEs were high-grade in 46% vs 63%, respectively. TRAEs led to treatment discontinuation in 22% of the doublet IO arm vs 12% of the IO monotherapy arm.

“The other landmark CheckMate-214 has set up, nowadays, is the 5-year overall survival. In intermediate- and poor-risk [disease], you're seeing that, at 5 years, 43% of those patients are still alive…You might argue these patients are technically cured with ipi/nivo,” explained Zakharia. “We have a median overall survival of 47 months. This is very intriguing, and the data gets even more intriguing in sarcomatoid features,” he added.

Zakharia noted that any newly-launched study of pembrolizumab plus axitinib (Inlyta) and selenomethionine may offer hope for triplet combination use for RCC in the future. As of now, he says, using less upfront is better.

McKay explained that there is evidence to support the use of triplet therapy in RCC. Research shows that combining the IO combination of ipi/nivo with the TKI, cabozantinib (Cabometyx), prolongs PFS and decreases the rate of progressive disease while increasing responses compared with doublet IO. Research also shows that the triplet therapy has a manageable safety profile.

“The IO/VEGF TKIs are a winner in the short game. They have great upfront responses of over 50%. The PFS is great, but we're still kind of lacking data on long-term durability and whether we cure patients with IO/VEGF therapy. With ipi/nivo, the Achilles heel of that regimen is at the primary [progressive disease] rate, [which] is around 20%. However, what we all hope for our patients is that we can cure them potentially. There's a tail on the curve, which we've seen with over 5 years of follow-up data, the PFS curves hold steady right at 30%,” explained McKay during her presentation.

COSMIC-313 included 855 patients who were randomized 1:1 to receive cabozantinib with ipi/nivo (n = 428) or ipi/nivo alone (n = 427). Of the patients enrolled, 75% of the triplet arm were classified as intermediate- to poor-risk compared with 25% of the doublet arm.4

McKay posed a question, saying, “How can we get the best of both worlds with wins in the short game and wins in the long game? How can we decrease the [progressive disease] rate [and] potentially offer long-term durability, and offer upfront primary tumor reduction?” She asked. McKay explained that this is where triplet therapy comes into play.