Ipilimumab has been approved by the European Commission for the treatment of patients aged 12 and older with unresectable or metastatic melanoma. 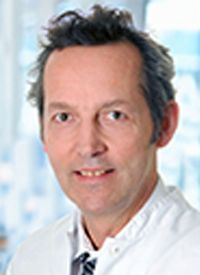 Ipilimumab (Yervoy) has been approved by the European Commission for the treatment of patients aged 12 and older with unresectable or metastatic melanoma.

The expanded indication for ipilimumab is based on data across 2 trials in which objective responses were observed in 2 of 17 patients aged ≥12 years with advanced melanoma. The responses included 1 partial response that lasted for more than 16 months.

The European Medicines Agency’s Committee for Medicinal Products for Human Use previously recommended approval based on these results. Bristol-Myers Squibb (BMS), the manufacturer of ipilimumab, noted in a press release that the CTLA-4 inhibitor is the first immunotherapy agent approved in Europe for the treatment of pediatric melanoma.

“While pediatric melanoma is rare, more effective therapeutic approaches are needed for this patient population,” Peter Mohr, MD, chief physician for the Department of Dermatology at Elbe Klinikum Buxtehude, head of Skin Cancer Center Buxtehude, and a member of the research team, said in a press release. “This approval of Yervoy in the EU expands physicians’ options for pediatric patients with advanced melanoma to include an immuno-oncology treatment.”

The dose-finding trial considered for the approval included 33 relapsed/refractory patients with solid tumors aged 2 to 21 years. The median age was 13 years, and 20 of the patients were at least 12 years old. Patients received ipilimumab intravenously at doses of 1, 3, 5, and 10 mg/kg over 90 minutes every 3 weeks for 4 doses, and then every 12 weeks thereafter until progression or discontinuation.

The second study was an open-label, single-arm trial that included 12 patients with stage III or IV melanoma who were either previously treated or treatment-naïve. Patient ages ranged from 12 to 16 years. Intravenous ipilimumab was administered at 3 mg/kg (n = 4) or 10 mg/kg (n = 8) over 90 minutes every 3 weeks for 4 doses.

When BMS applied for European approval, the company reported that the safety profile of ipilimumab in children and adolescent patients was comparable to the safety profile in adult patients. BMS also reported in a press release that body weight normalized clearance associated with ipilimumab was comparable between adult and pediatric patients based on a population pharmacokinetic analysis using available pooled data from 565 patients from 4 phase II adult studies (N = 521) and 2 pediatric studies (N = 44).

The recombinant, human monoclonal antibody ipilimumab binds to CTLA-4, a negative regulator of T-cell activity, and blocks the interaction of CTLA-4 with its ligands, CD80/CD86. Research has demonstrated that blocking CTLA-4 enhances T-cell activation and proliferation, including tumor infiltrating T-effector cells. An additional effect of CTLA-4 inhibition is reducing T-regulatory cell function, which potentially enhances T-cell responsiveness, including an immune response against the tumor.

Ipilimumab is approved in more than 50 countries for the treatment of patients with unresectable or metastatic melanoma.