Japan’s Ministry of Health, Labor, and Welfare has approved acalabrutinib for the treatment of previously untreated patients with chronic lymphocytic leukemia and small lymphocytic lymphoma. 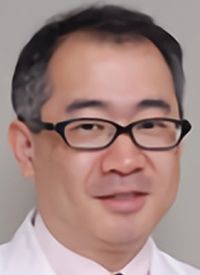 The approval was based on findings from two clinical trials, including the phase 3 ELEVATE-TN trial (NCT02475681), in which acalabrutinib alone or combined with obinutuzumab (Gazyva) led to a significant improvement in progression-free survival (PFS) compared with chlorambucil and obinutuzumab.

“Results from ELEVATE-TN and our local Japanese trial confirm that [acalabrutinib] provides a significant improvement in PFS compared with chemotherapy-based combination of chlorambucil and obinutuzumab for patients with treatment-naïve CLL. [This] approval marks great progress for physicians and patients in Japan, as they can now be treated with [acalabrutinib] earlier in their treatment journey,” Koji Izutsu, MD, PhD, department head, Department of Hematology, National Cancer Center Hospital in Tokyo, Japan, said in a press release.

Updated results of the ELEVATE-TN after a median follow-up of approximately five years were presented in June 2022. These results showed that acalabrutinib maintained a statistically significant PFS benefit vs chlorambucil plus obinutuzumab, plus a safety and tolerability profile consistent with the known profile for acalabrutinib.

“The approval of acalabrutinib in Japan for those with treatment-naïve CLL now offers more patients a next-generation BTK inhibitor that has proven longer-term efficacy and tolerability compared to standards of care. With this approval, people living with CLL in Japan can now potentially benefit from our medicine in an earlier setting,” Dave Fredrickson, executive vice president, Oncology Business Unit, AstraZeneca, said.