June Heralds CAR T-Cell Therapy as a “Cure” for CLL 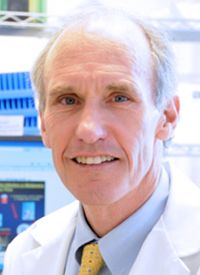 “We can now conclude that CAR T cells can actually cure patients with leukemia,” Carl June, MD, the 2015 Giants of Cancer Care® award winner for Immuno-Oncology, said during a press briefing about the data. He serves as the Richard W. Vague Professor in Immunotherapy at the Perelman School of Medicine of the University of Pennsylvania.

“The reason we can now say this is a cure, from a scientific point of view, is these are the most mature, the oldest results reported in the scientific literature,” he added. “At this point 10 years on, we can’t find any leukemia cells and the CAR T cells are still on patrol and on surveillance for residual leukemia. We need many more patients to be followed but at least in these first 2 patients, 10 years on, there is no more leukemia.”

June and David L. Porter, MD, who is director of cell therapy and transplantation and the Jodi Fisher Horowitz Professor in Leukemia Care Excellence at Penn Medicine, administered the first CAR T-cell therapy to patients with CLL in 2010. Along with J. Joseph Melenhorst, PhD, a research professor of pathology and laboratory medicine at Perelman School of Medicine, they set out to explore the durability of CAR T cells in 2 patients who were part of that initial study, Doug Olson, PhD, and William Ludwig. Functional persistence of CAR T cells in acute lymphoid leukemia and CLL is key durable clinical responses, but investigators had not analyzed the characteristics of long-term persisting CAR T cells.

“We did not think this would be a curative therapy back in 2010,” June said. “When I went into that first experiment 10 years ago, we literally were looking at the first month after treatment [to see] if these cells would even engraft…We thought the cells would all be gone after a month or 2, so the fact that they’ve survived for 10 years was a major surprise and a happy one.”

Melenhorst, who led this long-term study, said he and his colleagues could not detect any leukemia cells and discovered the presence of long-persisting CD4+ CAR T cells, which proliferated at a greater rate than CD8+ cells. Moreover, those CD4+ cells “exhibited cytotoxic characteristics along with ongoing functional activation and proliferation,” he said.

Investigators detected CAR T cells by flow cytometry across time points at the time of the most recent research phlebotomy, which was at 10 years post-infusion for 1 patient and 9 years for the other. Quantitative PCR confirmed the presence of CTL019 in both patients at all time points. Using flow cytometry, investigators found that CD19+ B-lymphocytes and CLL cells were undetectable or highly suppressed. They then confirmed the absence of leukemia cells with immunoglobulin heavy chain repertoire analysis.

“The surprise is in that the long-term stable population was dominated by the CD4 population,” Melenhorst said in an interview with OncLive. “While we noted the patient has…no leukemia, we were thinking that there was possibly more of a balanced contribution of both [CAR T cell] subsets and we didn’t see that.”

“We have called these cells a living therapy,” June said. “We infuse them into the patient, but they evolve in the patient over time. The major finding that of this paper is that…you can find [these cells], but they have evolved. That was a big surprise, that these are now a form of helper T cells, but they’re still able to kill leukemia cells 10 years after infusion.”

Melenhorst is planning further studies, but said these findings were unequivocal.

“These subjects were the first 2 reported cases in the world to respond with as dramatically as we have shown,” he said. He added that in both subjects, one can, at the time of analysis, say that there was no leukemia detectable, and hence there was a cure.

“We need to do more follow-up in other patients also to understand if this is a general pattern with this therapy, or this is only applying to these subjects.”

He plans to analyze other patients who achieved complete remission during phase 1/2 trials. Melenhorst hopes to have data on 10 other patients within the next few years.

Melenhorst believes the deep dive into the biology of B cells involved in this study will pay even greater dividends over the long term. These insights will influence the next-generation therapies that will be safer, more effective, and more accessible for more patients.

“Dr June mentioned the off-the-shelf CAR T cells as one option,” he said. “I think we can also do better on targeting this leukemia in patients by forming such studies and translate that back into next-generation therapies. That’s where the field as a whole is moving.”