During his career, David M. Gershenson, MD, has helped turn ovarian cancer treatment into an evidence-based field and built better therapies through an improved biological understanding of the disease. 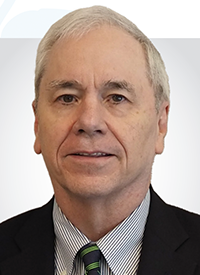 When considering the field of rare ovarian cancers, one name stands above the rest as a leader who for the past 30 years paved the way for novel therapies to treat patients with rare low-grade serous carcinomas: David M. Gershenson, MD.

Gershenson, currently a professor of gynecologic oncology at The University of Texas MD Anderson Cancer Center (MD Anderson) in Houston, is a 2022 Giant of Cancer Care® award winner, but he’s no stranger to awards. He’s been listed on several local and national best of lists for gynecologists and oncologists, as well as a recipient of Society of Gynecologic Oncology’s Distinguished Service Award, Ovarcome’s Heroes Award, Foundation for Gynecologic Oncology Distinguished Service Award, and many others.

Looking over these achievements though, you would be hard pressed to find a man committed to trumpeting his own horn. Gershenson lauds his own achievements in a way that highlights others who helped him—his fellow clinicians, researchers, faculty and staff at MD Anderson, the patients who advocate for the treatment of their rare diseases, and his own family.

Removing one’s ego from the situation is consistent with the way that Gershenson views the role of a leader. A role that he describes as one meant to help others achieve their full potential, and in turn get the best results for patient care. A role he has cultivated and excelled in since deciding to pursue medicine.

In the small town of Fairfield, Illinois, Gershenson’s father took his son along with him on various house calls as a rural physician. This was where his inspiration to enter medicine came from as he was exposed to all sorts of medical care—from routine checkups, major surgeries, and even the birth of a few children. However, as Gershenson put it, his father was adept in many aspects of medicine but not an expert in one aspect.

“When I went to medical school, I was exposed to all these professors who were world authorities on various topics, and I was very impressed by that,” Gershenson explained. “I guess it wasn’t conscious, it was subconscious, how that exposure led me to think I wanted to develop expertise in a certain area.”

Graduating from the University of Pennsylvania in Philadelphia in 1967 with a bachelor’s degree in psychology, he then transitioned to medicine getting his medical degree at the Vanderbilt School of Medicine in Nashville, Tennessee, in 1971. Looking to pursue his residency at the Yale-New Haven Hospital, Gershenson entered the field of obstetrics and gynecology as it offered him a variety of practices to pursue such as surgery, medical oncology, and the study of medical disease conditions, all in one area of expertise.

The Department of Gynecologic Oncology and Reproductive Medicine at The University of Texas MD Anderson Cancer Center. Gershenson, fourth from right in front row, served as chair for 14 years.

He was able to complete his residency in 1975 under the Berry Plan in exchange for 2 years of military service as a doctor in the Armed Forces. According to Gershenson, many medical professionals who started their medical education in the 60’s and early 1970’s most likely went through this program, as it allowed them to defer obligatory military service until they had completed their medical school and residency training. Under this arrangement, Gershenson served in the Air Force for 2 years at the rank of major as an obstetrician/gynecologist at the Scott Air Force Base Medical Center.

As this was prior to his specialized oncology training, he also delivered babies and performed general gynecological procedures, echoing the start of his medical journey with his father in Fairfield. However, after his time in the Air Force, he accepted a fellowship at The University of Texas MD Anderson Hospital and Tumor Institute, now The University of Texas MD Anderson Cancer Center.

MD Anderson was also where he met his wife of 33 years, Michelle, a nurse anesthetist, and they remained in Texas to raise their 2 daughters, Rachel and Hannah, who are never far from Gershenson’s mind when helping young women with rare ovarian cancer. He is also father to a daughter, Rebecca, from a previous marriage.

“During my early years, while I was in my fellowship training, I cared for some young women who had rare types of ovarian cancer. I think that stimulated my interest because what I saw was an unmet need. At the time, I saw that the treatments were early and primitive, and there were very few options for women who had these rare ovarian cancers,” Gershenson explained. Although MD Anderson had the resources he needed to help these patients, he also helped change the institution to better address the unmet needs he first saw in his fellowship.

In 1979, Gershenson was appointed as an assistant professor of gynecology in the Department of Gynecology, Division of Surgery, at MD Anderson. Over the years of his 43-year career, Gershenson was a chief of clinical research, associate vice president for patient care, director of the Blanton-Davis Ovarian Cancer Research Program, and several other significant positions that positioned him as a pivotal leader within MD Anderson. As the chair for the Department of Gynecologic Oncology and Reproductive Medicine from 1998 through 2012, he helped to reshape the department in lasting ways that modernized it and made it into a top choice center for women with cancer.

“I think my greatest challenge, if I look at the landscape of my entire career, was during the time I was chair of the department,” Gershenson said when looking back at his 14 years as head of the Department of Gynecologic Oncology. “I enjoyed my time as chair of a department tremendously, but probably my greatest challenge was to balance all the responsibilities and still try to be the best leader that I could be.” 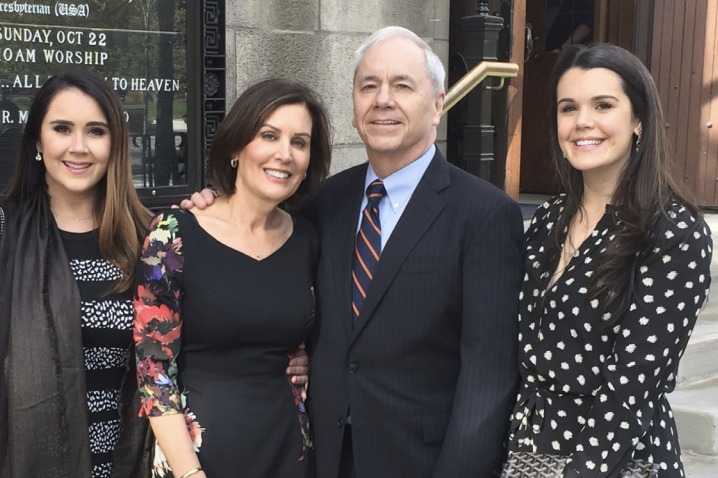 The Gershenson family, from left: Rachel, Michelle, David, and Hannah.

Although there are several people Gershenson points to as role models in his early career, he would not consider them a mentor in the traditional sense, and the lack of a formal mentor at MD Anderson became a challenge he wanted to eliminate for new fellows and junior faculty.

He expanded the fellowship program from 2 years to 4 years, allowing for a more robust program that now includes both clinical training and research training, whereas the 2-year program would just allow for clinical training in surgery, administration of systemic therapies, and radiation oncology. By extending this program and giving fellows dedicated mentors for the course of their training, it helped them to grow into future leaders, whether they stayed at MD Anderson or went on to another practice. 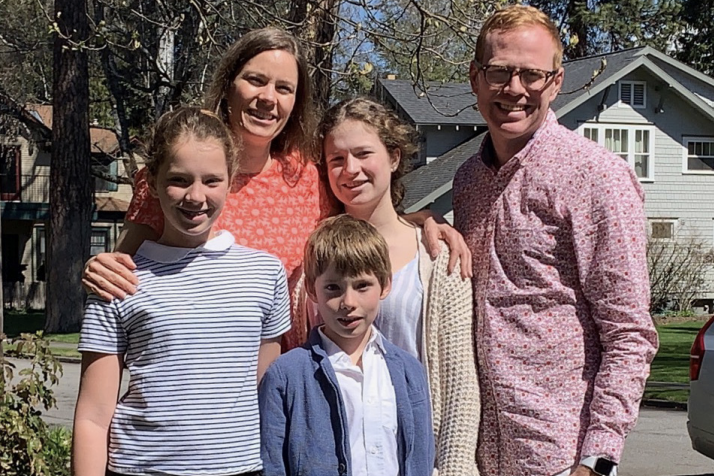 Gershenson helped expand the field of treatment for patients with rare ovarian cancers and advanced the understanding of how patients with serous carcinomas are relatively resistant to chemotherapy. From 1999 to 2017, he served as a co-principal investigator of MD Anderson’s National Cancer Institute–funded Specialized Programs of Research Excellence in ovarian cancer, a program that began nationally in 1999 to cover various areas of research.

Gershenson notes that the principles that guide the field’s care in treating women with rare ovarian cancers is much more evidence-based than when he first started in the field 35 years ago. Understanding the molecular biology of the disease has opened dramatic opportunities to treat this patient population and discover better targeted therapies.

Early in his career, he focused on malignant ovarian germ cell tumors and helping to develop a standard of chemotherapy and emphasizing fertility-sparing surgery because patients were usually young when they were diagnosed with this disease. Then, as he shifted his focus to serous carcinomas, his group helped to break the door down for widespread understanding of low-grade serous carcinomas.

In 2005, the Gynecologic Oncology Group, now known as NRG Oncology, named him chair of its new Rare Tumor Committee to focus solely on the study and treatment of patients with gynecologic cancers. He chaired this committee up through 2018. During this period, several clinical trials for women with rare ovarian cancers were developed and completed. 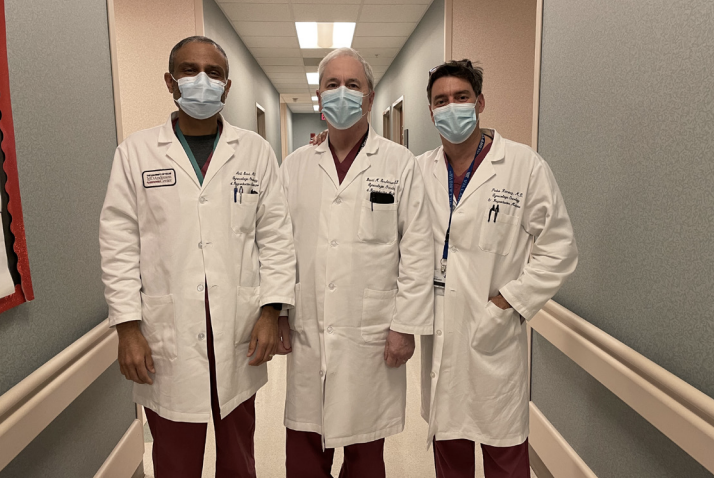 “In 2004, our group—mainly the pathologists within our group—devised a binary grading system of highgrade and low-grade for serous cancers,” Gershenson explained. “That helped us accelerate our progress because before that there were 3 grades, and nobody knew what to do with grade 2; it was very confusing. Once this binary grading system was developed by our team, progress in the study of low-grade serous ovarian cancer really took off.”

Part of this newfound progress included establishing observational studies and utilizing novel targeted therapies, such as endocrine therapy, because they understood the disease better. His group found that the biology of this disease was similar to hormone receptor–positive breast cancer, which has successful targeted therapies. According to Gershenson, this led to research into MEK inhibitors that inhibit the MEK1 and/or MEK2 genes that affect the MAPK/ERK pathway that is overactive in low-grade serous tumors. 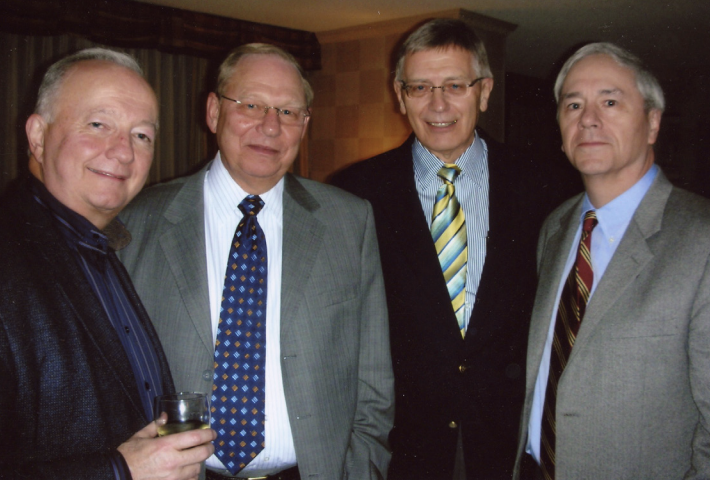 Progress with MEK inhibition continued into 2022 as Gershenson was the lead author on an article showing the results of a phase 3 study that demonstrated trametinib (Mekinist) had a median progression-free survival of 13 months compared with 7.2 in the standard-of-care group. This has established trametinib as a new standard of care for patients with recurrent low-grade serous carcinoma.

This represented a milestone achievement after years of Gershenson working in a field with minimal treatments for patients. Attention in this field from larger players in the oncology space has since shifted, thanks to the advances that he spearheaded and still leads today.

Yet, when asked to reflect on this achievement, Gershenson acknowledges the thrill of being able to establish a new standard of care after previous trial failures. But he credits his team, other colleagues, and most of all, his patients for these achievements.

“There are wonderful patient advocate groups now all over the world, women who are survivors of low-grade serous ovarian cancer who’ve gotten together [to be patient advocates],” he said. “Being able to partner with them and learn from them, if you talk about a mentor, [the patients and their families] have been my mentors, and the experience I’ve gained from my connection with patients has been tremendous.”