Leonard Leads Discussion on Latest Developments in Leukemias and Lymphomas 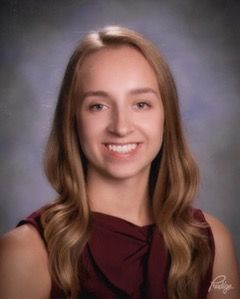 Data in Richter’s transformation, Hodgkin lymphoma, Waldenström macroglobulinemia, and indolent lymphoma were presented at the 2020 ASCO Virtual Scientific Program, and although not entirely practice changing, are deserving of attention.

Potential for Venetoclax/R-EPOCH in Richter’s Syndrome

Chronic lymphocytic leukemia (CLL) that transforms into an aggressive lymphoma is known as Richter’s syndrome, explained Leonard. These patients have poor outcomes with standard chemoimmunotherapy and novel agents, representing an area of high unmet need.

In 2017, investigators showed that rituximab, etoposide phosphate, prednisone, vincristine, cyclophosphamide, and doxorubicin hydrochloride (R-EPOCH) led to a complete response (CR) rate of 20% in 44 patients.1 The same year, venetoclax (Venclexta) demonstrated an objective response rate (ORR) of 43%, lasting for more than 1 year, suggesting that the addition of the BCL-2 inhibitor could provide additive benefit, said Leonard, who is also a senior associate dean for innovation and initiatives, and executive vice chair, at Weill Cornell Medicine/NewYork-Presbyterian Hospital.2

To that end, investigators evaluated venetoclax plus dose-adjusted R-EPOCH in a multicenter phase 2 trial.3 In the trial, 26 patients received R-EPOCH in the first cycle followed by a 5-day ramp-up of venetoclax to reduce the risk of tumor lysis syndrome, said Leonard. Venetoclax was introduced in cycle 2 at a standing dose of 400 mg daily. Following assessment in cycle 3, patients either continued on the combination or underwent allogeneic hematopoietic stem cell transplant.

Patients had a median age of 63 years (range, 49-77) and received a median of 2 prior treatments for CLL. Poor prognostic features were well represented in the trial, according to the populations’ cytogenetic profile which consisted of del(17p; 26%), TP53 mutations (41%), complex karyotype (44%), NOTCH1 mutations (15%), and IGHV-unmutated disease (48%). Moreover, 56% of patients had bulky adenopathy greater than 5 cm.

Six patients received a dose reduction with R-EPOCH, and 4 patients were de-escalated on venetoclax. No patient deaths were reported with the combination.

Among 20 response-evaluable patients, the ORR was 80%, and the CR at the end of treatment was 55%, surpassing historical rates with R-EPOCH alone. A total of 8 patients (47%) went on to transplant, suggesting that the combination provided adequate disease control for patients to proceed to transplant, explained Leonard.

At a median follow-up of 9.3 months, the median progression-free survival (PFS) and overall survival (OS) were both 16.3 months.

“These are some of the better data we’ve seen in Richter’s syndrome and certainly worthy of further evaluation,” said Leonard.

Both pembrolizumab (Keytruda) and brentuximab vedotin (Adcetris) are approved for patients with relapsed/refractory classical Hodgkin lymphoma. In the phase 3 KEYNOTE-204 trial,4 investigators directly compared the agents in a randomized setting. Eligible patients had relapsed after autologous transplant or were ineligible for transplant and failed 1 prior line of therapy. Patients received 200 mg of intravenous pembrolizumab or 1.8 mg/kg of intravenous brentuximab every 3 weeks for up to 35 cycles.

“Pembrolizumab was more effective as a single agent than brentuximab vedotin in this patient population,” said Leonard.

Comparison of Zanubrutinib Versus Ibrutinib in Waldenström Macroglobulinemia

BTK inhibition is an emerging standard of care in Waldenström macroglobulinemia. While ibrutinib is the sole BTK inhibitor that has an indication in this setting, it is a first-generation inhibitor and is less selective than its next-generation counterpart, zanubrutinib (Brukinsa).

To compare the 2 agents, investigators launched the phase 3 ASPEN trial,5 in which patients in cohort 1 with MYD88-mutant disease were randomized to 160 mg of zanubrutinib daily (n = 102) versus 420 mg of ibrutinib twice daily (n = 99). In cohort 2, patients with wild-type MYD88 disease received zanubrutinib (n = 28). The majority of patients received between 1 to 3 lines of prior therapy.

The CR plus the very good partial response rate or better was comparable in the ibrutinib and zanubrutinib arms, at 19.2% and 28.4%, respectively, failing to meet the primary end point of the trial (P = .0921). Moreover, PFS and OS were relatively similar, though the event-free rates favored zanubrutinib in both respects.

“These results suggest that the newer-generation BTK inhibitor zanubrutinib offers some advantages to ibrutinib in this setting,” said Leonard.

Having been evaluated and approved in large B-cell lymphoma, it is no surprise that the CD19-directed CAR T-cell therapy axicabtagene-ciloleucel (axi-cel; Yescarta) is being evaluated in patients with indolent non-Hodgkin lymphoma. In the phase 2 ZUMA-5 trial,6 patients with relapsed/refractory follicular lymphoma (n = 125) and marginal zone lymphoma (MZL; n = 25) who had received at least 2 prior lines of therapy received conditioning therapy with fludarabine and cyclophosphamide followed by 2 x 106 CAR T cells/kg.

The majority of patients who underwent leukapheresis (n = 148) also received axi-cel (n = 140) which is not always the case in more aggressive lymphomas where the drop-off rate in CAR T-cell therapy studies can be quite high, said Leonard.

Patients had a median age of 63 years and received a median of 3 prior lines of therapy (range, 2-9). The majority of patients (70%) had refractory disease, and 52% had progressive follicular lymphoma within the first 24 months of treatment.

Treatment-emergent AEs were consistent with the known safety profile of CAR T-cell therapy, said Leonard. A total of 119 patients (85%) experienced grade 3 or higher AEs, the most common of which included neutropenia (34%), decreased neutrophil count (28%), and anemia (22%).

“How this will fit among the other treatment options for patients with follicular lymphoma remains to be seen,” concluded Leonard.