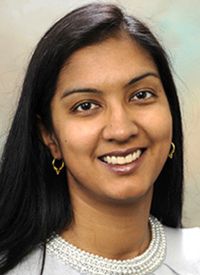 “Liso-cel demonstrated promising activity in a heavily pretreated patient population in high-risk CLL, all of whom had received prior ibrutinib,” she added of the preliminary findings. “These responses seem to be deepening over time.”

Patients who progress on B-cell receptor inhibitors have poor prognosis, Siddiqi explained, adding that CR and undetectable minimal residual disease (uMRD) rates with this class of agents remain inadequate—creating an unmet need for this patient population.

Liso-cel consists of a defined CD4 and CD8 composition and 4-1BB costimulatory domain; its defined composition allows administration of a precise dose of treatment. The CAR T-cell therapy was granted a breakthrough therapy designation by the FDA for patients with diffuse large B-cell lymphoma, primary mediastinal B-cell lymphoma, grade 3b follicular lymphoma, or not otherwise specified disease that is de novo or transformed from indolent lymphoma in December 2016.

The phase I TRANSCEND CLL 004 study (NCT03331198) investigated 16 patients with relapsed/refractory CLL or small lymphocytic lymphoma who failed on or were ineligible to receive a BTK inhibitor. Patients with high-risk disease must have failed on ≥2 prior therapies, while those with standard-risk disease must have progressed on ≥3 prior treatments. Their ECOG performance status was 0 or 1.

The median age was 64.5, and 50% of patients were male. Rai stage III/IV and Binet stage C were both detected in 10 patients. Additional high-risk features were reported, including TP53 mutation (n = 10), complex karyotype (n = 8), and 17p deletion (n = 7). All 16 patients received prior ibrutinib, most received the BTK inhibitor in the relapsed/refractory setting (n = 13), and 8 patients had ibrutinib progression and prior venetoclax (Venclexta).

The dose-escalation modified toxicity probability-interval-2 trial comprised a 28-day dose-limiting toxicity (DLT) period. The dose levels were —1 (2.5 x 107; n = 0), 1 (5 x 107; n = 6), and 2 (1 x 108; n = 10). Following enrollment and apheresis, liso-cel was manufactured and bridging therapy was allowed. This was followed by lymphodepletion with fludarabine at 30 mg/m2 and cyclophosphamide at 300 mg/m2 for 3 days, then 2 to 7 days later, liso-cel was administered. On-study follow-up was 24 months, with a long-term follow-up planned for up to 15 years after last liso-cel infusion.

The primary endpoint was to determine the recommended dose and safety, while exploratory objectives were antitumor activity and pharmacokinetics.

All serious AEs were grade ≥3 and were observed in 7 patients (43.8%): lung infection (18.8%), and aphasia, decreased blood fibrinogen, encephalopathy, febrile neutropenia, hypertension, and hyponatremia in 1 patient each (6.3%).

“I think it is a little bit too early and short to say that there is a dose-response correlation at this point; this is certainly something we will be following over time,” said Siddiqi.

Minimal residual disease was evaluated at 10-4 sensitivity via 6-color flow cytometry using peripheral blood and at 10-6 sensitivity by clonoSEQ deep sequencing of bone marrow aspirates. Eleven patients (73.3%) had uMRD sensitivity 10-4 (uMRD4) via flow cytometry at day 30, all of whom continue to remain undetectable at the most recent follow-up, Siddiqi noted. All 5 patients with a post-dose follow-up at 6 months continue to maintain uMRD4 response.

The pharmacokinetic/pharmacodynamic profile showed that the median time to peak expansion for all patients was 16 days (range, 4-30). Results of a correlative biomarker analysis, in which 38 cytokines were analyzed in 13 patients within the first 30 days of treatment, showed that interleukin-16 and tumor necrosis factor were elevated before onset in 3 of 4 patients who experienced grade 2/3 neurologic events.

Siddiqi noted that following an analysis of dose-escalation data and determining the recommended phase II dose, the phase II portion of the trial will likely open for accrual in the first half of 2019.