Loncastuximab tesirine demonstrated an overall response rate of 45.5% in patients with relapsed/refractory diffuse large B-cell lymphoma, including those who are difficult to treat. 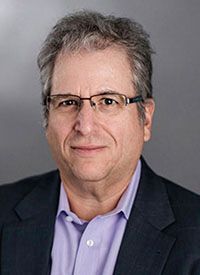 Loncastuximab tesirine (ADCT-402) demonstrated an overall response rate (ORR) of 45.5% in patients with relapsed/refractory diffuse large B-cell lymphoma (DLBCL), including those who are difficult to treat, according to topline results of a pivotal phase II trial (NCT03589469).1

In the 145-patient study, the ORR included a 20% complete response (CR) rate and a 25.5% partial response (PR) rate. Regarding safety, the agent showed a manageable toxicity profile, with the most common grade ≥3 treatment-emergent adverse events (TEAEs) being neutropenia, thrombocytopenia, and increased gamma-glutamyltransferase.

Previously, a 183-patient phase I trial of the antibody-drug conjugate elicited an ORR of 41.4% in 70 patients who were treated at the initial dose that was used at the phase II setting, according to ADC Therapeutics, the developer of the agent. Here, the CR and PR rates were 21.4% and 20%, respectively.

Full results of the trial are expected to be presented at an upcoming medical meeting, and a biologics license application for loncastuximab tesirine in this setting is on track to be submitted in the third quarter of 2020.

“These data exceeded our primary endpoint target and reinforce the significant single-agent antitumor activity and manageable toxicity profile of loncastuximab tesirine in patients with relapsed or refractory DLBCL who have failed established therapies,” Jay Feingold, MD, PhD, senior vice president and chief medical officer at ADC Therapeutics, stated in a press release. “Loncastuximab tesirine has demonstrated its potential to fill a critical unmet need for a new therapy and become a key part of the treatment paradigm for all heavily pretreated patients with DLBCL. We plan to present final data from the pivotal phase II clinical trial at a future scientific meeting.”

Loncastuximab tesirine is an antibody-drug conjugate that is directed against CD19 and conjugated through a linker to a pyrrolobenzodiazepine dimer cytotoxin. The agent was previously granted an orphan drug designation by the FDA for the treatment of patients with relapsed/refractory DLBCL and mantle cell lymphoma (MCL).

In the single-arm, multicenter, open-label, phase II trial, investigators evaluated the efficacy, safety, and pharmacokinetics of single-agent loncastuximab tesirine in patients with relapsed/refractory DLBCL. The agent was administered via 30-minute intravenous infusions at 150 μg/kg once every 3 weeks for the first 2 cycles, followed by 75 μg/kg for subsequent cycles for ≤1 year or until patients experience disease progression, unacceptable toxicity, or other discontinuation criteria—whichever event occurred first.

To be eligible for enrollment, patients must have had relapsed/refractory DLBCL following ≥2 multi-agent systemic treatment regimens, must have had CD19 protein expression if previously received prior CD19-directed therapy, had measurable disease defined by the 2014 Lugano classification, have available formalin-fixed paraffin-embedded tumor tissue block or a minimum 10 slides if block is unavailable, an ECOG performance status of 0 to 2, and adequate organ function.

Patients who previously received loncastuximab tesirine, have known hypersensitivity to or a positive serum human anti-drug antibody to a CD19-directed antibody, have Burkitt lymphoma, have an active secondary primary malignancy other than non-melanoma skin cancers, underwent autologous stem cell transplant within 30 or 60 days within study treatment, active graft-versus-host disease, have posttransplant lymphoproliferative disorders, have active central nervous system involvement, or have significant medical comorbidities were excluded from enrolling on the study.

Previously, loncastuximab tesirine was evaluated in patients with relapsed/refractory B-cell non-Hodgkin lymphoma in a multicenter, dose-escalation, and dose-expansion phase I trial.2 Patients were treated with the agent every 3 weeks at doses given via a 3+3 dose-escalation design. In the dose-escalation phase, 88 patients received the agent at 15 μg/kg to 200 μg/kg. The ORR at the ≥120 μg/kg dose was 59.4%, with a 40.6% CR rate and an 18.8% PR rate. Across all doses, the median DOR was 4.8 months; the median PFS and OS was 5.5 months and 11.6 months, respectively. Additionally, there was no evidence of immunogenicity.

“We look forward to submitting a BLA to the US Food and Drug Administration for accelerated approval of loncastuximab tesirine for the treatment of relapsed or refractory DLBCL patients who have failed two or more treatment regimens later this year and we are building our commercial organization in anticipation of a launch in the second quarter of 2021,” Chris Martin, chief executive officer of ADC Therapeutics, also stated in the press release.