More than half of patients with heavily pretreated B-cell malignancies responded to the noncovalent BTK inhibitor LOXO-305, including those with resistance or intolerance to other BTK inhibitors or BCL2 inhibitors. 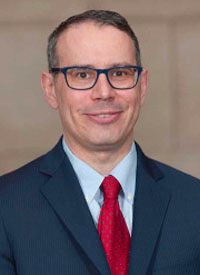 More than half of patients with heavily pretreated B-cell malignancies responded to the noncovalent BTK inhibitor LOXO-305, including those with resistance or intolerance to other BTK inhibitors or BCL2 inhibitors, according to findings from the phase I/II BRUIN trial presented at the 2019 ASH Annual Meeting.

For patients with previously treated chronic lymphocytic leukemia (CLL), the objective response rate (ORR) was 77% with LOXO-305. Of these patients, 75% had received a prior BTK inhibitor. For patients with mantle cell lymphoma (MCL), the ORR was 50%, with 88% of patients having received a prior BTK inhibitor. Additionally, LOXO-305 was well tolerated, with most adverse events (AEs) being grade 1 or 2 in severity. There were no cases of atrial fibrillation or major bleeding and contusions only occurred in 11% of patients.

“LOXO-305 demonstrates significant antitumor activity across patients with CLL as well as MCL. Activity was observed at all dose levels,” Anthony Mato, MD, director of the CLL Program at Memorial Sloan Kettering Cancer Center, said in a press release. “LOXO-305 was quite safe, with a safety and tolerability profile consistent with highly selective drug design, there’s been no evidence of off-target effects. Collectively these data demonstrate that BTK remains a highly actionable target, despite progression on covalent BTK inhibitors.”

Prior approved BTK inhibitors, such as ibrutinib (Imbruvica), covalently bond with the kinase whereas LOXO-305 utilizes noncovalent bonding. This difference allows for higher affinity across BTK, including in resistance mutations such as C481, Mato said. Moreover, this difference could lessen the toxicity profile and make the agent more ideal for combination strategies, he said.

"LOXO-305 is a highly potent and selective noncovalent inhibitor of both wild-type as well as C481-mutant BTK. LOXO-305 was designed with the intent to achieve noncovalent BTK binding, regardless of C481 status with nanomolar potency and high selectivity for BTK," he said. "All of these taken together reveal a molecule with the potential to be well tolerated in key patient populations, like those who are BTK inhibitor naïve, BTK inhibitor relapsed patients—regardless of C481 status&mdash;those who are BTK intolerant, as well as after other novel therapies including BCL2 inhibitors and PI3K inhibitors."

The phase I/II study had enrolled 28 total patients across a variety of LOXO-305 doses that ranged from 25 mg to 200 mg. The most common diagnosis was CLL (n = 16) followed by MCL (n = 8). Additionally, other B-cell malignancies included were Waldenström macroglobulinemia (n = 2), diffuse large B cell lymphoma (n = 1), and marginal zone lymphoma (n = 1).

Patients in the CLL and other groups had received a median of 4 prior therapies. Those in the MCL group, specifically, had received a median of 3 prior therapies. The median age across all patients was 66 years and most had an ECOG performance status of 0 (68%). Seventy-one percent of patients were IGHV unmutated. Across all patients, the primary reasons for discontinuing a prior BTK inhibitor was for progressive disease (64%), intolerance (18%), or for another reason (18%).

In the CLL group, 10 of 13 evaluable patients responded to LOXO-305, which consisted of 8 partial responses (PRs) and 2 PRs with lymphocytosis. Responses were seen in patients both with and without the C481S acquired mutation, which causes resistance to prior BTK inhibitors. Additionally, responses to LOXO-305 were seen in patients with the BCL G101V mutations, a resistance mechanism to BCL2 inhibitors.

In the MCL group, there were 6 evaluable patients at the time of the analysis. Of these, 1 had a complete response and 2 had PRs. Of these responders, 2 had receive prior BTK therapy; however, none had the acquired C481 resistance mutation. Fifty percent of those with other B cell malignancies besides CLL or MCL had a minimal response and the other 50% had stable disease.

"Having treated several of these patients, I can tell you that these adverse events were quite manageable. No grade 3/4 events were notable. In addition, there were no observations of notable covalent BTK AEs, such as atrial fibrillation or major bleeding, despite very frequent monitoring. We conducted over 780 EKGs on this trial," said Mato. "There were no dose-limiting toxicities and the maximum tolerated dose was not reached."

The phase I/II study continues to enroll participants, with a goal of recruiting 190 patients. The estimated primary competition day for the study is October 2020 (NCT03740529). There are plans to expand this trial with the addition of rational combinations, Mato noted.