December 3, 2020 - Lurbinectedin plus doxorubicin failed to significantly improve overall survival versus physician’s choice of topotecan or cyclophosphamide/doxorubicin/vincristine in patients with small cell lung cancer who progressed after 1 previous platinum-containing line of treatment, missing the primary end point of the phase 3 ATLANTIS trial. 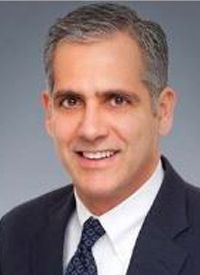 Although the trial did not meet the prespecified criteria of statistical significance with regard to OS in the intent-to-treat population with lurbinectedin/doxorubicin versus the control, no adverse impact on OS was observed in the investigational arm, according to Jazz Pharmaceuticals, plc and PharmaMar. Notably, secondary and subgroup analyses were found to favor the combination regimen over the control. However, no additional hypotheses were formally evaluated based on the trial design and single-agent lurbinectedin was not examined.

Safety findings from the trial proved to be comparable with the known toxicity profile of single-agent lurbinectedin and no new signals were reported. Regarding grade 3 or greater treatment-related adverse effects and deaths from toxicity, safety and tolerability favored the investigational arm over the control arm; this was also true with regard to dose reductions and treatment discontinuations from toxicity.

Data from the trial will be shared at a future medical conference and will be discussed with the appropriate regulatory authorities.

“Bringing [lurbinectedin] to the US market earlier this year alongside our partner, PharmaMar, was an important advance for adults with metastatic SCLC, an aggressive disease with a historically poor prognosis,” Robert Iannone MD, MSCE, executive vice president of research and development of Jazz Pharmaceuticals, stated in a press release. “While the combination of lurbinectedin and doxorubicin did not achieve the primary end point in this study, the overall results support the activity and tolerability of lurbinectedin in this line of therapy. We look forward to the further development of lurbinectedin in SCLC and other tumors, both as monotherapy and in combination.”

A total of 613 patients were enrolled to the multicenter, randomized, controlled phase 3 trial between September 2016 and July 2018. To be eligible for enrollment, patients had to be 18 years of age or older, have a histologically or cytologically confirmed diagnosis of limited or extensive-stage SCLC, and have progressed on 1 previous platinum-containing regimen. Patients also needed to have a chemotherapy-free interval of 30 days or longer.

In the trial, participants were randomized in a 1:1 fashion to either the lurbinectedin/doxorubicin combination or physician’s choice of topotecan or CAV. Notably, patients in the investigational arm were administered lurbinectedin at a dose of 2.0 mg/m2, which is lower than the 3.2 mg/m2 dose that is currently approved by the FDA.

The primary end point of the trial was OS, while key secondary end points included the difference in OS for those treated with the investigational doublet versus those who received CAV, OS and progression-free survival (PFS) in those with or without central nervous system (CNS) involvement, PFS per independent review committee (IRC), antitumor activity demonstrated by objective response rate per IRC, and duration of response to treatment per IRC.

Patients were stratified based on chemotherapy-free interval, their ECOG performance status (0 vs 1 or 2), CNS involvement (yes vs no), previous immunotherapy exposure (PD-1 or PD-L1) and investigator preference (topotecan vs CAV).

Results from a previous phase 1 trial in patients with relapsed SCLC demonstrated that when lurbinectedin was delivered at a flat dose of 4.0 mg on day 1 every 3 weeks in combination with doxorubicin at a dose of 50 mg/m2, the combination had impressive antitumor activity, particularly when used in the second-line setting.2

Eight percent (n = 2) of patients with relapsed SCLC experienced a complete response to treatment, while 50% (n = 13) experienced a partial response. When delivered in the second-line setting, the combination elicited a response rate of 91.7% in those with sensitive disease and 33.3% in those with resistant disease. The median PFS with the doublet was 5.8 months and 3.5 months, respectively. When used in the third-line setting, the combination resulted in a 20.0% response rate with a median PFS of 1.2 months in patients with resistant disease.

The combination was also found to have manageable toxicity. The main adverse effect (AE) reported was transient and reversible myelosuppression, which included neutropenia, thrombocytopenia, and febrile neutropenia, although this toxicity was found to be manageable via either dose adjustment or the use of colony-stimulating factors.