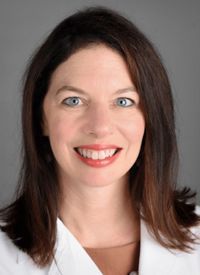 The role of minimally invasive surgery (MIS) could increase for patients with ovarian cancer, particularly those with advanced disease, according to Jubilee Brown, MD.

An analysis of data from 3 institutions found that patients with ovarian cancer who underwent MIS achieved similar efficacy vs laparotomy and received the added perioperative benefits,1 Brown said.

“We’ve known for a long time that [MIS] is useful in uterine cancers,” Brown said. “But we have not been able to find whether it’s useful in ovarian cancers. Now, we’re making some forays into that, [which] stands to benefit patients tremendously.”

In an interview with OncLive® during the 2022 SGO Winter Meeting, Brown, professor and division director of Gynecologic Oncology at Levine Cancer Institute, Atrium Health, discussed recent developments and upcoming trials with MIS in ovarian cancer.

OncLive®: What are the benefits of MIS compared with the traditional open approach?

Brown: We have known for a long time that MIS confers perioperative benefits, and it’s just easier for patients to recover [from than open surgery]. We know that there’s less blood loss, a shorter hospital stay, less pain, [and] an earlier return to normal life [with MIS]. All of those reasons prompt us to look at minimally invasive surgery, whether it’s laparoscopy or robotics, instead of an open laparotomy.

In what scenarios would you recommend MIS over an open approach and vice versa?

The data that we have are too early for a firm recommendation for MIS over laparotomy. However, we look at the baseline data, and then we look at pilot studies to see if things like MIS can be advantageous to open surgery.

What we’re finding is that not only is minimally invasive surgery feasible, but it may confer perioperative benefits and not [detrimentally] impact progression-free survival [PFS] or overall survival [OS] at all. It potentially will give [patients with] ovarian cancer, especially those with advanced stage disease, the opportunity for MIS over the morbidity that goes along with laparotomy.

In 2021, you authored a study on MIS vs open surgery for interval debulking after neoadjuvant chemotherapy. What were some of the findings from that study?

Certain patients with advanced stage ovarian cancer are not good candidates for up-front, primary debulking surgeries. We know from 3 randomized trials that neoadjuvant chemotherapy in this setting is as good as primary up-front debulking in patients who have advanced disease. In this patient population, Anna Fagotti, MD, PhD, has established the Fagotti Score, where we can look inside and see [if it is feasible] to optimally debulk patients. If we can’t based on their extensive disease, then we give 3 to 4 cycles of up-front paclitaxel and carboplatin followed by interval debulking.

The question is: Can we use MIS in select patients at that time of interval debulking to achieve better results? [Findings were] combined from 3 large institutions: Levine Cancer Institute at Atrium Health, University of North Carolina at Chapel Hill, and Duke University. We compiled our data on this, and they confirm the results.

We had 415 patients that were evaluated; 293 patients had open surgery and 122 patients had MIS for their interval debulking. [Surgery] was about evenly split [between] robotic vs conventional laparoscopy, and the patient groups were very similar. As you might expect, the patients who underwent MIS had less blood loss, fewer blood transfusions, decreased length of stay, and a lower postoperative complication rate.

Is there any ongoing research that’s investigating the optimal role of MIS and cytoreduction therapy?

What is most exciting is when research like this gives way to even more exciting research, and that’s what we have going on now. A number of colleagues have initiated the [phase 3] LANCE trial [NCT04575935]. That trial is evaluating laparoscopic cytoreduction after neoadjuvant chemotherapy. This is a prospective, international, multicenter, randomized, noninferiority trial. [The study is designed to] go from a feasibility arm into a phase 3 trial with the goal of [evaluating] 549 patients in a prospective, randomized fashion.

[Right now], it looks like there is a growing role for MIS in ovarian cancer, especially in our patients who have advanced stage disease, undergo neoadjuvant chemotherapy, and are ready for interval debulking surgery. In select patients, MIS may be beneficial. We are all going to look forward to the results of the LANCE trial to determine [whether that’s true].