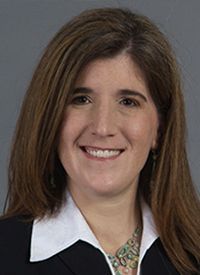 Treatment with mirvetuximab soravtansine elicited a statistically significant benefit vs investigator’s choice of chemotherapy for the OV28 abdominal/gastrointestinal (GI) symptom subscale in patients with folate receptor alpha (FRα)–positive, advanced ovarian cancer, according to an analysis of patient-reported outcomes (PROs) from the phase 3 FORWARD-1 trial (NCT02631876) presented at the 2022 ESMO Congress.

Findings showed that among PRO-evaluable patients in the intent-to-treat (ITT) population who received mirvetuximab soravtansine (n = 142), 31.7% reported an improvement of at least 15% in OV28 abdominal/GI symptom score at week 8/9, compared with 14.0% of patients in the chemotherapy arm (n = 50; P = .0162).

Enrolled patients were randomly assigned to 6 mg/kg of mirvetuximab soravtansine once every 3 weeks (n = 248) or investigator’s choice of chemotherapy (n = 118).

PRO assessments were completed during screening, on day 1 of cycle 1, and every 9 weeks thereafter until disease progression and at the end-of-treatment visit. The OV28 abdominal/GI symptom score assessment consisted of a 28-item ovarian cancer supplemental module developed to augment the EORTC QLQ-C30 questionnaire, which was also given.

Exposure to prior treatment included platinum in 100% of patients in both arms, paclitaxel in 96.0% and 95.8% of patients bevacizumab (Avastin) in 48.8% and 46.6% of patients, and PARP inhibitors in 17.7% and 16.1% of patients in the mirvetuximab soravtansine arm and chemotherapy arm, respectively.

Additionally, FOSI scores showed that the median time to symptom worsening was 2.9 months and 2.1 months for the mirvetuximab soravtansine and chemotherapy groups, respectively, in the ITT population (P = .5423). Among those in the FRα-high subgroup, those treated with mirvetuximab soravtansine achieved a median time to symptom worsening of 3.5 months compared with 2.0 months for those given chemotherapy, per FOSI scores (P = .0199).