Molecular Profiling in Metastatic Breast Cancer: Not Yet Standard of Care, But May Be in Near Future

As the cost of sequencing continues to fall, genomic testing will likely become widespread in all types of metastatic cancer, including breast cancer. 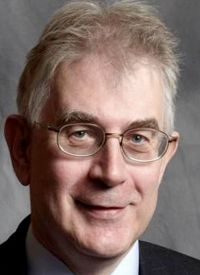 Most patients with breast cancer will not benefit from molecular profiling, but some will, including those with HER2-positive, microsatellite instability-high (MSI-H), and NTRK gene fusion-positive disease. Furthermore, as the cost of sequencing continues to fall, genomic testing will likely become widespread in all types of metastatic cancer, including breast cancer, said George W. Sledge, MD, in a presentation at the 2018 Lynn Sage Breast Cancer Symposium in Chicago, Illinois.

Sledge, chief of the Division of Oncology at Stanford University Medical Center in Paolo Alto, California, noted that he could not have given such a talk when thebreat technology was in its infancy because its expense put it out of reach for clinical use. “In 2008, the cost to perform a genome test had finally fallen to $1 million each,” he said. “Now, that cost is about $1,000 per test and it won’t be long until the [price paid] drops to the hundreds of dollars.”

He pointed to FoundationOne CDx, the first FDA-approved broad companion diagnostic across all solid tumors, as being a sea-change in the diagnostic era for both clinicians and patients, particularly because Medicare covers testing for qualified patients. The diagnostic currently tests for 324 genes and select gene rearrangements, as well as genomic signatures including microsatellite instability and tumor mutational burden, according to the company’s website.1

Clinicians’ hope that identifying tumors’ genetic mutations will reveal alterations that will result in clinical benefit may be premature, however. “As of now, once you look beyond the most common 2 or 3 mutations in any cancer, you’ll find that most mutations are rare or not currently actionable,” Sledge said, “but that may change.”

Sledge noted that somatic HER2 (ERBB2) mutations are seen at relatively low frequencies across multiple tumor types and that a subset of HER2 mutations result in constitutive kinase signaling and oncogenic transformation. While there is early evidence that kinase inhibitors may work across many cancers, the response to neratinib across tumor types is more common, at least to date, he said. Sledge referred to a phase 2 trial that tested neratinib in 141 patients with 21 tumor types, 30 unique HER2 mutations, and 12 unique HER3 mutations.2

While about one-third of the patients with HER2-positive breast tumors showed an objective response at 8 weeks, none of the patients with HER2-positive bladder or colorectal tumors did. “Simply having a mutational event doesn’t mean you have a good chance of responding to a drug because there is a massive amount of context-dependent biology at play. Not everything will have the success of NTRK,” Sledge said, referring to the success of larotrectinib in treating TRK fusion-positive cancers.

According to Sledge, the fact is that most new drugs don’t work very well. He referred to a 2017 study that found that only 26 of 68 European Medicines Agency-approved cancer indications, or 38%, were associated with survival benefits in phase III trials.3 What’s more, the median survival benefit of these drugs was only 2.7 months and patients reported significant quality-of-life improvements with only 10% of the approved drugs.

Sledge believes there are several reasons why so-called actionable mutations may be associated with therapeutic failures like these. First, many cancers have more than 1 driver mutation and are able to develop compensatory resistance, often very rapidly. Additionally, tumor heterogeneity within the cancer cells may be involved. Clinicians and researchers sometimes inadvertently measure the primary tumor when they meant to analyze a metastasis, or vice versa. Finally, what Sledge calls “financial toxicity” limits many drugs’ applicability. “We all have to live in the real world, and new cancer drugs can be prohibitively expensive,” he said.

Sledge sees a great deal of promise in circulating tumor DNA (ctDNA) testing because it addresses the concern that much of the published literature focuses on a primary tumor, even though patients often have multiple metastases. “This is a real hope for progress in coming years because ctDNA data are likely to represent a summation of metastases across multiple sites,” he said.

Sledge also is optimistic that genomic profiling can measure the mutations per tumor, noting that, while the average tumor has dozens of somatic mutations, mismatch repair-deficient tumors like MSI-H breast tumors have thousands. “This is important because of the potential tissue-agnostic benefit, meaning that if you have a mismatch, there is a high likelihood of response, regardless of the tumor type,” he said.

Sledge closed his presentation by summarizing key trends in genomic profiling in metastatic breast cancer. He characterized the rapidly falling price of sequencing as “a race to the bottom, so that the cost will be in the hundreds of dollars in 5 to 10 years.” Rapidly growing clinical genomic datasets will also affect profiling.

He also predicts an increasing number of drugs for rare tumors, such as the introduction of larotrectinib for TRK fusion-positive cancers, and an increase in ctDNA efforts. “These trends will probably drive us to do molecular profiling for metastatic disease in many types, not only breast cancer,” Sledge said. “You could argue this will be a form of technologic imperialism that will push us to profile patients whether we want to or not.”