The addition of nab-paclitaxel to gemcitabine and cisplatin did not result in a statistically significant improvement in overall survival over gemcitabine/cisplatin alone in patients with newly diagnosed, advanced biliary tract cancers. 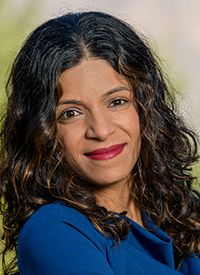 The addition of nab-paclitaxel (Abraxane) to gemcitabine and cisplatin did not result in a statistically significant improvement in overall survival (OS) over gemcitabine/cisplatin alone in patients with newly diagnosed, advanced biliary tract cancers, failing to meet the primary end point of the phase 3 SWOG 1815 trial (NCT03768414).1

“Although the trial missed its primary end point, it is still an important study. It is the first randomized phase 3 trial in this disease, and it proved that we could do a randomized phase 3 trial in a rare tumor like biliary tract cancers,” lead study author Rachna T. Shroff, MD, MS, FASCO, said in a presentation of the data. “It also proved that a [National Cancer Institute]–sponsored study opening through a [National Clinical Trials Network] mechanism can open quickly and answer an important and meaningful question in an expeditious way…This was truly a collaborative effort because everybody came together for one unified purpose.”

Biliary tract cancers represent a heterogeneous group of malignancies that are comprised of intrahepatic and extrahepatic cholangiocarcinoma and gallbladder adenocarcinoma and are rising in incidence. For those with advanced disease, gemcitabine/cisplatin-based regimens remain the standard of care.

However, even when durvalumab (Imfinzi) is paired with that backbone, as it was in the phase 3 TOPAZ-1 trial (NCT03875235), the median OS is still only approximately 1 year,2 according to Shroff, who is an associate professor of medicine, chief of the GI Medical Oncology, and leader of the Gastrointestinal Clinical Research Team at the University of Arizona Cancer Center. She added that data from a single-arm phase 2 trial (NCT02392637) indicated that the addition of nab-paclitaxel to that chemotherapy backbone resulted in a median OS of 19.2 months (95% CI, 13.2–not estimable) in that patient population (n = 60), and that signal inspired the launch of SWOG 1815.3

To participate, patients were required to have newly diagnosed, histologically proven, untreated biliary tract cancers—specifically intrahepatic and extrahepatic cholangiocarcinoma and gallbladder cancer. They also needed to have an ECOG performance status of 0 or 1 and acceptable laboratories.

Participants were randomly assigned in a 2:1 fashion. Those in the investigative arm received gemcitabine at 800 mg/m2 plus cisplatin at 25 mg/m2 and nab-paclitaxel at 100 mg/m2 intravenously on days 1 and 8 of each 21-day cycle. “These were the doses that were identified as tolerable in the phase 2 [study],” Shroff noted. Those in the control arm were given standard gemcitabine at 1000 mg/m2 and cisplatin at 25 mg/m2 on days 1 and 8 of each 21-day cycle.

Treatment continued until disease progression or intolerable toxicities were experienced.

Investigators planned to enroll 441 patients; the first patient was enrolled in February 2019. Thereafter, “the study accrued at breakneck speed,” Shroff said, and it closed accrual in February 2021. The target HR was 0.7 with a 90% power and a 1-sided alpha of 0.025.

The median age in both arms was approximately 63 years, and slightly more than half of patients were female. “There was about a 50-50 split between performance status 0 and 1,” Shroff reported. “But I will point out that in looking at disease sites, two-thirds of patients [had] intrahepatic cholangiocarcinoma with a relatively even split between extrahepatic cholangiocarcinoma and gallbladder cancer. Similarly, when looking at disease stage, approximately three-quarters of patients in both arms [had] metastatic [disease] vs locally advanced.”

Although the investigator-assessed ORR achieved with the triplet over the doublet was numerically improved at 31% vs 22%, respectively, the difference was not statistically significant. The DCR in the nab-paclitaxel arm was 77% vs 69% in the control arm.

“When we again look at the prespecified stratification factors, you will note that the ORR [with] the triplet regimen [in those with] gallbladder cancer was 44% vs 22% in the control arm, and there was [also] a slight improvement in the extrahepatic cholangiocarcinoma patient population, with the ORR of 34% with [the triplet] vs 21% [with the doublet],” Shroff noted. “Similarly, there were numerical improvements in overall response by disease stage with the triplet both in the locally advanced patient population [28% vs 21%] and the metastatic patient population [32% vs 23%].”

Ongoing biomarker analyses may identify subsets of patients who could benefit from the triplet regimen, Shroff concluded. “When this study opened, there were zero drugs FDA approved in biliary tract cancers. We [currently] have 5 and many more to come. It is a completely different era now, and I’d like to think that SWOG 1815 has a small part in that legacy. In the words of my mentor, Gauri Varadhachary, MD, ‘the definition of a positive and impactful study is one that embraces cooperation, collaboration, and answers a meaningful question,’ and I firmly believe that’s what this study did.”

Imane El Dika, MD, of Memorial Sloan Kettering Cancer Center, served as a discussant on this abstract, and she underscored that more is not necessarily better when it comes to first-line therapies in advanced biliary cancers.

“Despite this study not showing improvement in OS, PFS, and ORR in a statistically significant way, there were interesting trends…SWOG 1815 is a very important study. It is the first federally funded phase 3 trial [done] in the United States for biliary cancers. It had a rigorous design and fast accrual, despite…a pandemic. It answered an important question,” El Dika said. “The addition of nab-paclitaxel to gemcitabine and cisplatin does not improve survival and had an increased toxicity signal in select patient subsets, namely [those with] gallbladder cancer and [those with] locally advanced [disease], and this is worthy of further evaluation.”