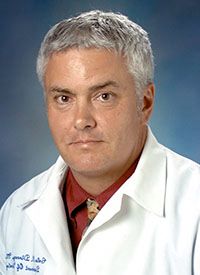 Colin P.N. Dinney, MD, professor and chairman of the Department of Urology at The University of Texas MD Anderson Cancer Center

The results, which were presented during the Society of Urologic Oncology 20th Annual Meeting, also showed that 24% of patients with CIS with or without Ta/T1 disease treated with nadofaragene firadenovec continued to demonstrate a CR at 12 months. Additionally, the high-grade recurrence-free survival (HGRF) survival rate at 3 months and 12 months was 73% and 44%, respectively, specifically in patients with papillary disease.

In November 2019, it was announced that the FDA had granted a priority review designation to nadofaragene firadenovec as a treatment for this patient population2; the decision was partly based on the phase III data.

“Currently, patients living with high-grade NMIBC who are unresponsive to BCG have few treatment options and often face bleak outcomes, including complete bladder removal, known as cystectomy,” study investigator Colin P.N. Dinney, MD, professor and chairman of the Department of Urology at The University of Texas MD Anderson Cancer Center, stated in a press release. “Cystectomy is a complex and life-altering surgical procedure for patients, so these positive results from the phase III trial of nadofaragene firadenovec are highly promising for patients. It would be gratifying to provide an alternative that addresses the critical unmet need for effective second-line therapy for patients facing radical cystectomy.”

BCG is the standard treatment for patients with high-grade NMIBC; however, 60% of patients eventually develop disease reoccurrence. Nadofaragene firadenovec is an adenovirus vector-based gene therapy comprised of interferon alfa-2b and is administered by catheter every 3 months. With this approach, the treatment turns bladder wall cells into multiple interferon microfactories, which enhance the body's natural defenses against the disease, FerGene, the developer of nadofaragene firadenovec, stated in the press release.

In the efficacy analysis of 151 patients, results were stratified by patients who had CIS with or without Ta/T1 disease (n = 103) and high-grade Ta/T1 papillary disease (non-CIS; n = 48). The primary endpoint was CR rate in the CIS cohort and HGRF survival rate in the non-CIS group.

Regarding safety, the most common adverse events (AEs) included fatigue, bladder spasm and discharge around the catheter, micturition urgency, hematuria, chills, fever, headache, painful urination, urinary tract infection, and diarrhea. There were no grade 4/5 treatment-related AEs (TRAEs) that were reported in the study.

“As a practicing urologist and trial investigator, it’s encouraging to see these types of efficacy and safety results in patients with high-grade NMIBC, an area that’s been in need of new innovative treatment options for more than 20 years,” Neal Shore, MD, FACS, medical director, Carolina Urologic Research Center, stated in the press release. “These robust clinical results further demonstrate the potential of nadofaragene firadenovec as a valuable treatment option for NMIBC patients.”