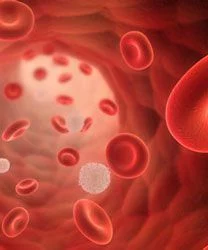 The addition of narsoplimab (OMS721) to human serum significantly inhibited the formation of C5b-9 and platelet thrombi on human microvascular endothelial cells (HMEC-1) in 3 patients with acute hematopoietic stem cell transplant (HSCT)– or bone marrow transplant (BMT)–associated thrombotic microangiopathy (TMA), according to findings from a study presented during the Virtual 47th Annual Meeting of the EBMT.1

Moreover, these findings highlighted that the lectin pathway plays a role in mediating microvascular thrombosis in this patient population with acute disease.

The results indicated that activation of the complement cascade occurs on the endothelial cell surface, progresses until the formation of the terminal complex C5b-9, and induces loss of endothelial thromboresistance in patients with acute HSCT/BMT-TMA conditions, such as atypical hemolytic uremic syndrome (aHUS).

Around 20% to 40% of patients who undergo HSCT or BMT develop TMA, which is a severe and life-threatening complication. Evidence of elevated plasma levels of sC5b-9, C5a, and C5b-9 staining on tissue microvasculature suggest that complement is involved in the pathophysiology of HSCT/BMT-TMA.

aHUS is a complement-mediated TMA in which previous evidence from ex vivo assays confirmed that complement is hyperactivated on the surface of endothelial cells, resulting in loss of endothelial thromboresistance. However, whether the same abnormalities occur in the acute phase of HSCT/BMT-TMA had been previously unknown.

Other evidence suggests that the complement lectin pathway plays a key role in HSCT/BMT-TMA. Additionally, increased levels of MASP-2, an effector enzyme of the lectin pathway that also activates the coagulation cascade, have been observed in patients with HSCT-TMA.

Narsoplimab is a fully human IgG4 monoclonal antibody that inhibits MASP-2. Findings from a pivotal phase 2 trial (NCT02222545) that were also presented during this year’s EBMT meeting, demonstrated a 61% response rate among 28 patients with HSCT-TMA treated with narsoplimab.2

On January 19, 2021, the FDA granted a priority review designation to a biologics license application for narsoplimab for the treatment of patients with HSCT-TMA.3 The FDA is expected to make a decision regarding the regulatory approval of narsoplimab by July 17, 2021.

Based on the previously documented evidence, the study aimed to determine whether narsoplimab prevented complement activation and thrombus formation on endothelial cells ex vivo among patients with HSCT/BMT-TMA.

The study evaluated 1 patient with acute HSCT-TMA and 2 with acute BMT-TMA with ex vivo assays, which expose a monolayer of HMEC-1 to patient serum or a control. The control consisted of a pool of 10 normal sera.

Notably, testing for serum-induced formation of C5b-9 and pro-thrombotic effect were done in the presence or absence of narsoplimab. The agent was added to the patients’ sera at 3 µg/mL, which corresponded to the trough levels measured in narsoplimab clinical trials.

All 3 patients evaluated had acute phase disease. Both patients with BMT-TMA were male. One was 62 years old and the other was 11 years old. The patient with HSCT-TMA was a 66-year-old female.

Results of the study showed that the patient’s serum caused significantly higher C5b-9 formation on unstimulated and ADP-activated HMEC-1 compared with the control serum (P < .0001). Additionally, narsoplimab significantly reduced C5b-9 deposits on both HMEC-1 types vs the control (P < .0001).

Narsoplimab is being evaluated for safety and efficacy in a phase 3 trial (NCT03205995) in patients with aHUS.4